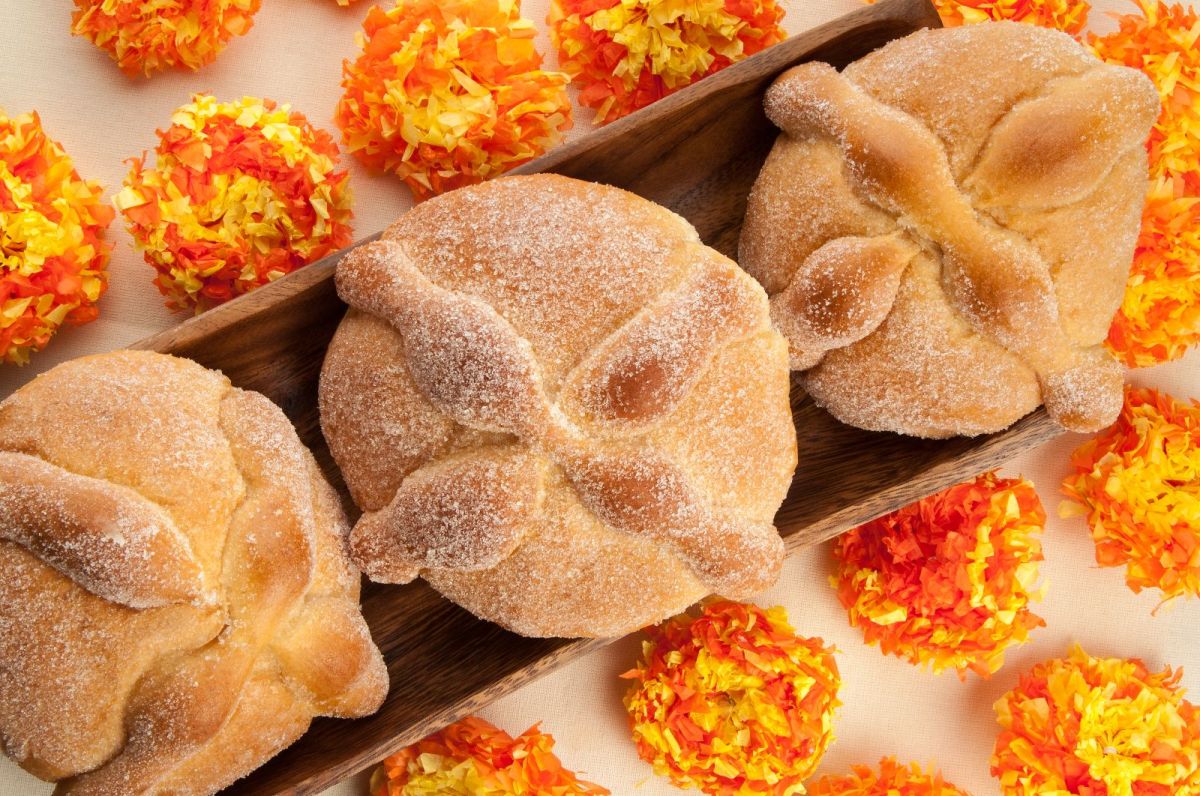 Mexico is characterized by its wonderful gastronomic culture, which encompasses traditions, techniques and the use of emblematic local ingredients. One of the most iconic and valued celebrations by Mexicans is the Day of the Dead, is a celebration of deep mysticism; that pays tribute to the faithful departed and through a colorful and meaningful offering. The offerings usually have some fundamental elements and without a doubt one of the most representative and symbolic is the irreplaceable bread of the dead. It is a seasonal bread that Mexicans look forward to year after year for its arrival.

While we’ve all heard about the pan de muerto, little is known about its history. The origin of the bread of the dead, dates back to the time of the Conquest, when human sacrifices were practiced. The Spanish found this practice so violent that they suggested preparing a wheat bread covered with red sugar, which simulated the hearts of the maidens without losing their lives. In addition, it is known that in Mesoamerica a ground amaranth bread was prepared that after being mixed with the blood of the sacrifices, it was offered to the gods.

The truth is that the bread of the dead is a custom that has been changing and evolving over the years, but has always been present in Mexican culture. In pre-Hispanic times the “Papalotlaxcalli” or butterfly bread which was exclusive to the ceremony of the dead, it was like an omelette to which a seal in the shape of a butterfly was imprinted on the still raw dough. In fact, the offerings of the dead have their origin in pre-Hispanic cultures. An offering similar to the current day of the dead was that of the goddess Cihuapipiltin, dedicated to women who died from the first childbirth, it was believed that they hovered in the air causing diseases among children, for this reason they were given gifts in the temple or in the crossroads of the road. These offerings consisted of “loaves” of various figures such as butterflies or rays (xonicuille) made from amaranth and “unleavened bread” which was a dry and toasted cornbread.

The most interesting thing is that the bread of the dead has a very special meaning. The circle in the center of the bread symbolizes the skull of the deceased and the raised strips are an imitation of the bones that make us up and in some cases, orange blossom essence is added, which evokes the memory of the deceased. The truth is that it is one of the dishes with the greatest tradition and symbolism in Mexico. Is present in all regions of the Mexican Republic and for the same reason there are different customs in its preparation. Some of the most iconic versions are the following:

1. Mexico City and the State of Mexico

This type of bread of the dead in some places is called hojaldra, It is the classic round dead bread, decorated with its tap made of the same dough, sprinkled with white sugar. In some towns, they usually decorate it with pink sugar that recalls the ceremonial use of the color red in pre-Hispanic times, which represents a tomb with a skull and several crisscrossed quills that simulate bones.

San Andrés Míxquic is one of the seven original towns of the Tláhuac delegation, in Mexico City and one of the most representative spaces where offerings are mounted and the Day of the Dead is celebrated. Just one hour from Mexico City, the entire area is dressed in colorful offerings. In the community they usually elaborate the “peeled”, which are red sugar donuts, the typical bread of the dead with sugar, sesame and granillo, stylized bread embroidered with the same dough and a cross in the center. Specifically they also produce

Also Read  The ultra-right wing of Vox, a missile that divides the PAN

In the Huasteca of Hidalgo, breads are made with anthropomorphic shapes decorated, or not, with red sugar; some locals claim that they represent loved ones who have passed away. Specifically, in the Valle del Mezquital they tend to make more decorated breads, sometimes with pastillage.

In the Mixteca Poblana, the bread of the dead is prepared with the same dough as the bolillo, but it is given a human shape and is sprinkled with white sugar if it is bread for the children’s altar, or with red sugar, if it is destined to the altar of the adults. It is striking that its production starts from the beginning of August and ends until mid-November.

In Tlaxcala, various sweet breads are prepared for the Day of the Dead, some in the shape of animals and decorated with red sugar. In Apizaco and other places in the state, the bread of the dead is called “hojaldra”. Lard is added to the dough, and it is left to ferment with yeast and pulque.