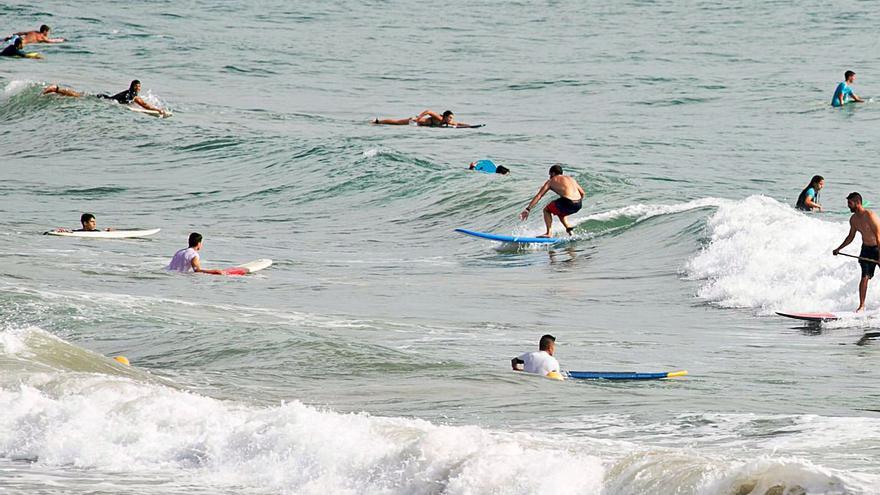 The de-escalation prohibited travel, and with this limitation saltwater lovers said goodbye to surfing, because, as an obvious part, it is not a sport that can be practiced anywhere, but, in addition and as an addition, not on any beach. Athletes in this field, when conditions arise – and in the Mediterranean they occur very intermittently – travel different stretches of the coast in search of the best spot to climb the crest.

In those early stages, charting the course was very difficult. The measures established by the central government left the possibility of going overboard only to a few privileged people. «Sports practice during the state of alarm has been affected in a general way and during its de-escalation, privileges have been given to DAN surfers – high level athletes – but also to athletes of national interest at first, and later, to federated surfers “, explains Lourenço Chaves, vice president and manager of the FES, who adds that this is precisely what he has done “That many surfers have federated in order to continue training during the de-escalation phases.”

In the world of this sport, the majority are those who practice without competing. Specifically, according to FES data, 90% are this type of practitioner. And of this group, now, there are several who have chosen to federate to achieve “shielding”, as explained by the Federation, which works hand in hand with the Higher Sports Council and the Spanish Sports Association.

In the Community, Alicante far exceeds the rest of the provinces in the number of new licenses. In fact, adds up to more than the provinces of Castellón and Valencia combined, where the new members of the group have gone from 107 to 177 and from 65 to 330, respectively.

Despite the apparent “picaresque” of federation to surf without problems, not everything has been as easy as completing a document. When the federated could take their car to take their boards to a beach with good waves, unlike the fans who were not, there were those who were warned by the State Security Forces and Corps that they could not move with their vehicles. It happened in May and, faced with this situation, the FES intervened by understanding that the applicable order stated that surfers could “freely access” the spaces in which to “develop their activity”, and with this they understood that the displacements, whatever they may be. , were part of that “freely.”

On the other hand, and in the opposite direction to that of growth, the FES grants other types of licenses that have decreased significantly throughout the Community: trainees, temporary licenses that are assigned to those who take surf courses at different points. In Alicante, they have decreased by 27% between 2019 and 2020, going from 1,657 to 1,145, a drop that is related to the “secondary effects” of the covid and its relationship with tourism, among others. In Valencia they have gone from 2,149 to 1,879, a decrease of 13%; and in Castellón from 363 to 332, 9%.

Swimmers or recreational fishing are other sports that have experienced a greater number of followers, as this newspaper has already published. But, in addition to the sea, one of the favorite spaces, athletes are also inclined towards the mountain. The crowds on different routes of the province that are being seen these weeks, added to the growth in the number of emergency interventions, corroborate that fans have chosen to approach the peaks more frequently since the pandemic began.

This is also corroborated by the data. According to the Federation of Mountaineers of the Valencian Community, in 2020 804 licenses were issued, reaching a total of the 19,778 federated between Valencia, Alicante and Castellón. The president of this group, Carlos Ferrís, acknowledges that “with the covid and the restrictions there has been an increase in people”, although Ferrís does not mention possible advantages for mountaineers derived from the pandemic, but that, according to his statements, growth will be It is due to issues related to safety in the mountains, the activities they organize or information on the routes, among others.