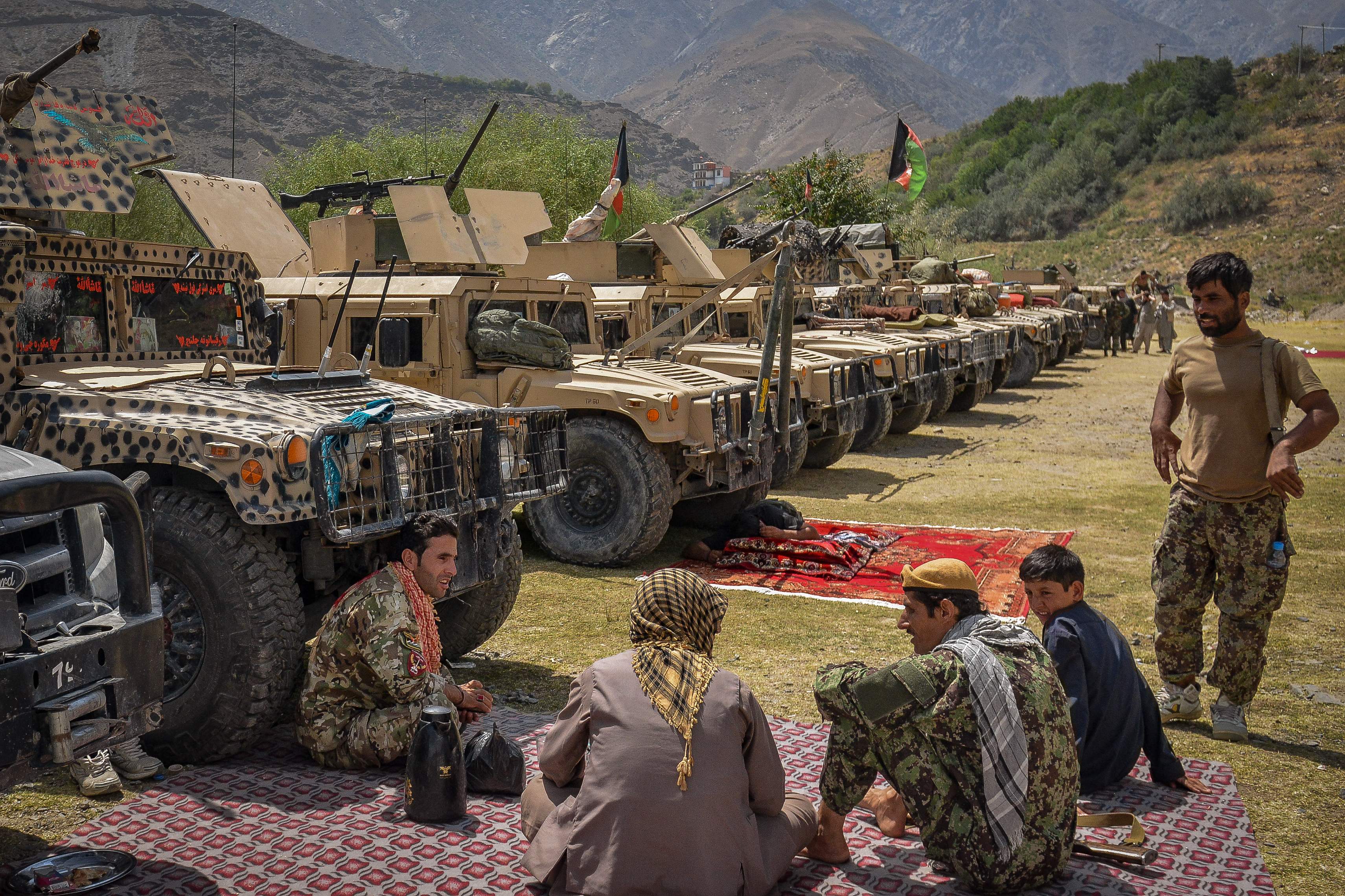 Only one of its 34 provinces has resisted Taliban rule in Afghanistan. It is about Panshir, a territory raised as a bastion of resistance by the few political voices that still urge to stand up to the fundamentalist group. One of those representatives of the former Afghan power, former Vice President Amrullah Saleh, calls on Afghans to join that movement. The sources consulted show their skepticism regarding the strength that these opposition centers may have to reverse the current situation.

Saleh, a furious anti-Taliban who before coming to the government was head of the secret services and blames neighboring Pakistan for the success of the Islamists, has proclaimed himself president after the flight of the previous person in charge, Ashraf Ghani, and has underlined in a tweet that he he is still “within the country” and, therefore, he assures, is “legally and legitimately qualified for the position.” He also says he is consulting with other Afghan leaders to support his claim, although he does not specify who. Soon after, in various audio messages, he cited Panshir’s resistance as an example for the rest of the country.

Clarity: As per d constitution of Afg, in absence, escape, resignation or death of the President the FVP becomes the caretaker President. I am currently inside my country & am the legitimate care taker President. Am reaching out to all leaders to secure their support & consensus.

It is not by chance that the resistance is concentrated in that region of northeastern Afghanistan that neither the Taliban nor the Soviets managed to control in their day. It was already an anti-Taliban stronghold during the 1990s under the leadership of the charismatic guerrilla Ahmad Shah Masud, known as the Lion of the Panshir. Its orography, a valley sheltered by steep mountains between which a narrow road runs along the Panchami River, makes it a natural fortress just 65 kilometers from Kabul. It also helps that its population, currently less than 200,000, is almost exclusively Tajik (about a quarter of the 38 million Afghans) and with close tribal ties.

Saleh, a native of this area, was one of Masud’s henchmen until his assassination by Al Qaeda on the eve of the 9/11 attacks. At his side he fought against that guerrilla under the umbrella of the so-called Northern Alliance, which brought together the militias of various Lords of war who united against the Taliban regime (1996-2001), although they did not manage to end it until the United States intervened, whose forces they provided support on the ground. This man, with exquisite manners, good English and a certain martial air, aspires to repeat that feat.

He is seconded by Ahmad Masud Jr., a 32-year-old trained at the Sandhurst military academy (United Kingdom). In an article that he signed this Thursday in The Washington Post assures that they have the support of the military, including some members of the special forces, and that they have “ammunition and weapons” stored since their father’s time in anticipation of this day.

Several Afghans consulted are skeptical about its possibilities. “It is true that Panshir is the only province that the Taliban have not conquered, but if when they had an Army they have not been able to inspire and equip it, I do not see how many fewer men are now going to be able to reverse the situation”, confides a politician whose home is guarded by Islamist militiamen. The same source mentions that Saleh was “part of a corrupt and discriminatory government”, which made many soldiers and officials surrender their positions without resistance.

The same doubts are raised in a former Afghan general who now lives in Dubai. His smile at the question says it all. “Without a doubt, they can defend the Panshir, but their isolation will force them to find some political settlement,” he replies, ruling out that they have the ability to conquer Kabul. “We Afghans are very tired of wars,” he concludes.

Beyond that specific province, and waiting for the Taliban to announce their government, Ashraf Ghani, the fled president, and his vice president Saleh have begun to dispute the presidency of Afghanistan. At least in theory. While Ghani hints that he wants to go back and join the Islamic extremists, Saleh calls for resistance. If with all the State means at their disposal they were unable to stop the advance of the guerrillas, it is unlikely that any of them will now be able to turn the tables. If enough support is found among the population, the resistance may spark a civil war, but the Afghans are exhausted after four decades of violence.

Meanwhile, in an unexpected twist after three days missing, the escaped Ghani reappeared on Wednesday night in the United Arab Emirates (UAE). After the authorities of that country confirmed his presence, the man whom many Afghans accuse of being a traitor for having left them alone surprised with a video in which he implies that he wants to return to Afghanistan. “I am in consultation with others until I return and can continue my fight for justice for Afghans,” he says in the recording of just over nine minutes posted on its Facebook page.

Ghani reiterates a previous message in which he defended his departure from Kabul “to avoid a bloodbath” and assures that until that moment his intention had been to work with the Taliban. In fact, he expresses his support for the negotiations that his political rivals, former President Hamid Karzai and the head of the Council for Reconciliation, Abdullah Abdullah, are holding with leaders of the Islamist group. It seems that the president until now wants above all to save his honor. “I left alone with a shalwar kamis and a vest ”, he declares in reference to the region’s long shirt and wide pants. “Those who say that I took money defame me,” he added, in response to reports that he fled the country with 169 million dollars (about 145 million euros) in various exchanges.

Without a political party or a militia behind it, it is unimaginable that this 72-year-old technocrat who trained professionally at the World Bank has a chance of returning to government. Neither with the Taliban, who have always ignored him, nor with an eventual resistance that confronts them.