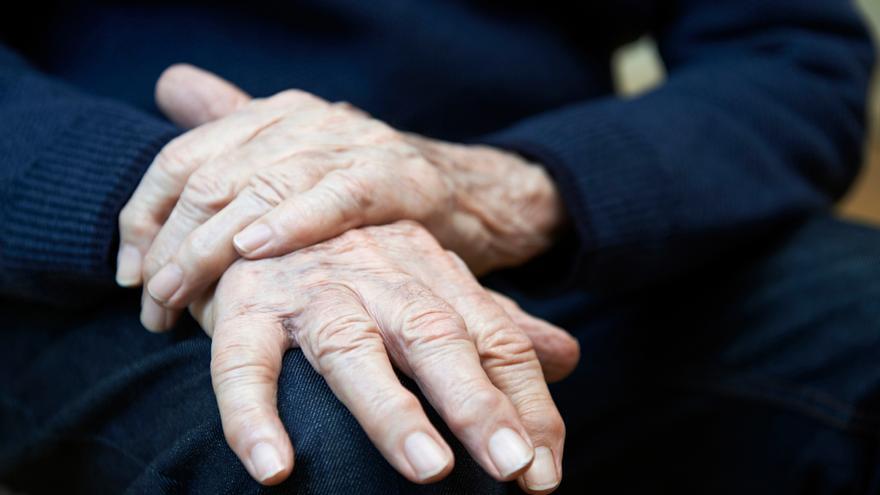 According to the Spanish Parkinson’s Federation (FEP), more than 160,000 people live with it Parkinson’s in Spain, of which 1 in 5 are under 50 years of age. In fact, they point out that one in three people with this pathology are under 65 at the time of diagnosis.

According to the FEP, Parkinson’s is a disease commonly associated with aging of the person and the belief that tremor is its most representative symptom. However, they add that 1 in 5 people is under the age of 50 at the time of diagnosis, and 30% of people never develop tremor. Public figures like Salvador Dali, Y Mohamed Ali suffered from the disease, as well as Michael J.Fox, an actor who has created a homonymous foundation in the fight for the cure of the disease, and on which he works proactively today.

Diego Santos García, a neurologist specializing in Parkinson’s and movement disorders. Currently, he works at the Complejo Hospitalario Universitario de A Coruña (CHUAC) and is a medical advisor to the FEP, he remembers that Parkinson’s is a neurodegenerative disease, that is, it affects the nervous system, and for which there will be a progressive loss of neurons, which in turn will lead to a series of symptoms that will progress.

Among the typical motor symptoms, the also coordinator of the movement disorders study group of the Spanish Neurology Society (SEN), and scientific coordinator and vice president of the Curemos el Párkinson Foundation, points to the tremor, especially at rest in the hand or foot; to the rigidity, limitation in the movement of the joints, or slowness of movements; trouble walking; hyponymia the reduced facial expressiveness; swallowing problems or to language alterations, being people who speak more quietly or find it more difficult to articulate words, among others.

Also Read  "They killed him shouting 'fag'": protests in Spain over the fatal beating of a young man in a possible hate crime

Among the non-motor, it indicates that the depression, anxiety, apathy, pain, fatigue, or cognitive behavioral disturbances. Dr. Santos recognizes that something very characteristic of Parkinson’s is asymmetry, since it begins on one side of the body, and this is generally more affected than the other, “sometimes very affected and other very mildly.”

“To this day it is known that When these motor symptoms appear, half of the dopamine-containing neurons in the brain have been lost and the disease takes years developing “, adds the specialist and consultant doctor of the Spanish Parkinson’s Federation, who adds that, although in general it is more frequent at older ages, between 60 and 75 years, he maintains that it can also appear at younger ages, even below 40.

As for its cause, the neurologist recognizes that today it is not too clear and there is great variability from one patient to another. In turn, he maintains that there is a genetic basis, but also environmental factors that could trigger it, such as exposure to toxins, or viral infections, “although it is not yet too clear.”

On the other hand, Dr. Santos points out that its diagnosis is clinical, requires an examination of the patient, although he regrets that at present there is still no confirmatory marker of diagnosis in life. Yes, there are tests, as he points out, that can help in its diagnosis, but that cannot serve as confirmation of the disease.

Currently there is no cure for Parkinson’s, as he continues, and its treatment has two aspects: drugs and non-pharmacological therapies. Regarding the latter, he considers that they are “very important” for these patients, such as physiotherapy, speech therapy, occupational therapy, as well as physical exercise, in his opinion “very important” because it has been shown that vigorous exercise helps reduce the risk of developing Parkinson’s and also that the disease progresses more slowly, apart from the fact that these complementary therapies allow reducing the need for pharmacological treatments.

As for non-pharmacological treatments, the CHUAC neurologist maintains that they are aimed at symptomatic treatment, with the aim of compensating for the lack of dopamine in the brain to improve the symptoms of the disease. “It will not make the symptoms disappear but it will improve the symptoms and the patient will feel better”, defends Dr. Santos.

Ultimately, this specialist from the Spanish Neurology Society advances that it is being investigated in pharmacological treatments with potentially curative purposes, which try to slow down the progression of the disease, such as with immunotherapy or drugs that prevent the accumulation of proteins that occurs in this disease in the brain.

How the pandemic has affected the collective

From the Spanish Parkinson’s Federation they recall that Covid-19 has affected people with this disease, so that they have experienced a “serious deterioration” of their symptoms, both at a motor level and at a psychological and cognitive level.

“That is why the Parkinson group, seeing the continuity of care for people with Parkinson’s disease and the sustainability of the associations at risk, demand that the publication and implementation of the document on the Approach to Parkinson’s disease contemplated in the Strategy in Neurodegenerative Diseases of the SNS “, sentence the FEP.

Also Read  "As long as the pandemic is not over, the Covid certificate is useful, it doesn't bother anyone"