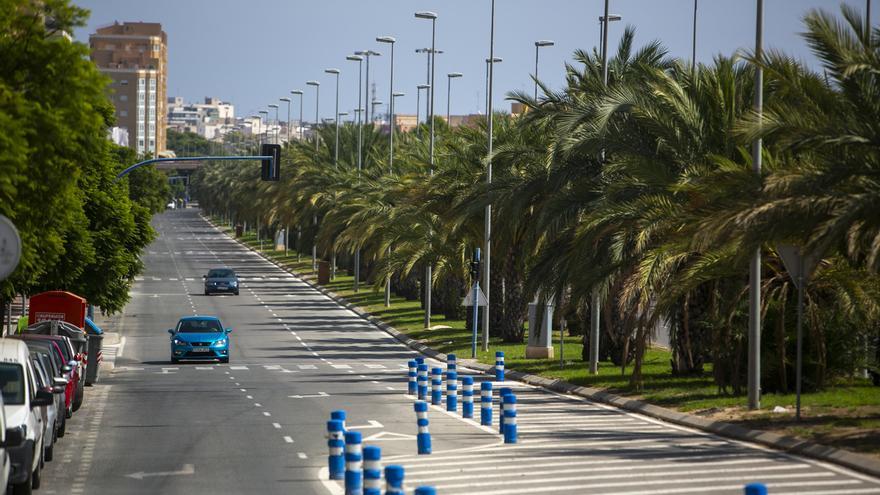 According to the text approved by the bipartisan, the matter dates back to a decade ago. “The Association of Neighbors” PAU-1 JUAN PABLO II “presented written in this City Council of Alicante the January 20, 2011 requesting the constitution of PAU-1 as a neighborhood and communicating that in the call of the Ordinary General Meeting of November 30, 2010, in the fourth point “Voting on the name of the neighborhood”, by the majority of those present, it was agreed that the neighborhood was and is that of “Juan Pablo II”, also providing as support for the request of the Neighborhood Association, a large number of signatures of residents in the area “, according to the agreement approved today, which adds that it was opened “The appropriate file, in which both the cartographic delimitation plan of the proposed neighborhood, indicating the area that corresponds urbanistically to the PAU-1 in Alicante, as well as the report issued by the District Board No. 3, which in a meeting of May 6, 2021 agreed by 15 votes in favor and 1 abstention, to report favorably on the proposed naming of the aforementioned neighborhood “.

The document adds that “although the Regulatory Ordinance of the Denomination and Labeling of Public Roads and Numbering of Buildings in Alicante, does not refer to the denomination of Neighborhoods but only of public roads, the procedure to follow in the case of a neighborhood not considered as an ‘entity with a territorial scope lower than the municipality’ whose constitution is subject to another series of requirements, by analogy it must be the same as that established in the Ordinance for the name of any public road “.

Controversy in the neighboring neighborhood

In the neighbor PAU 2, the neighborhood association proposed a new name four years ago which, after an open consultation with all residents of the neighborhood due to the controversy raised, was mostly rejected (64.62%) through a tool made available by the City Council of Alicante. In PAU 1, for now, there has been no type of consultation open to the public.

Now, ten years later, the bipartisan of Alicante has approved the new name for the neighboring neighborhood, located between the Gran Vía and the old train tracks. Meanwhile, in PAU 2 everything remains paralyzed, after the clash that arose between those who defended the denomination of “La Pau” and those who bet on “La Torreta”, which was finally approved by the plenary in 2017, during the tripartite government. This change of name was also going to be approved at the District 3 Meeting, held in May, although it finally remained on the table in search of an agreement from all parties. In this case, the proposal to paralyze the change of name came from the socialist municipal group, the same party that opted for the name “La Torreta” to rename the PAU 2. Barely four years have passed between both decisions.