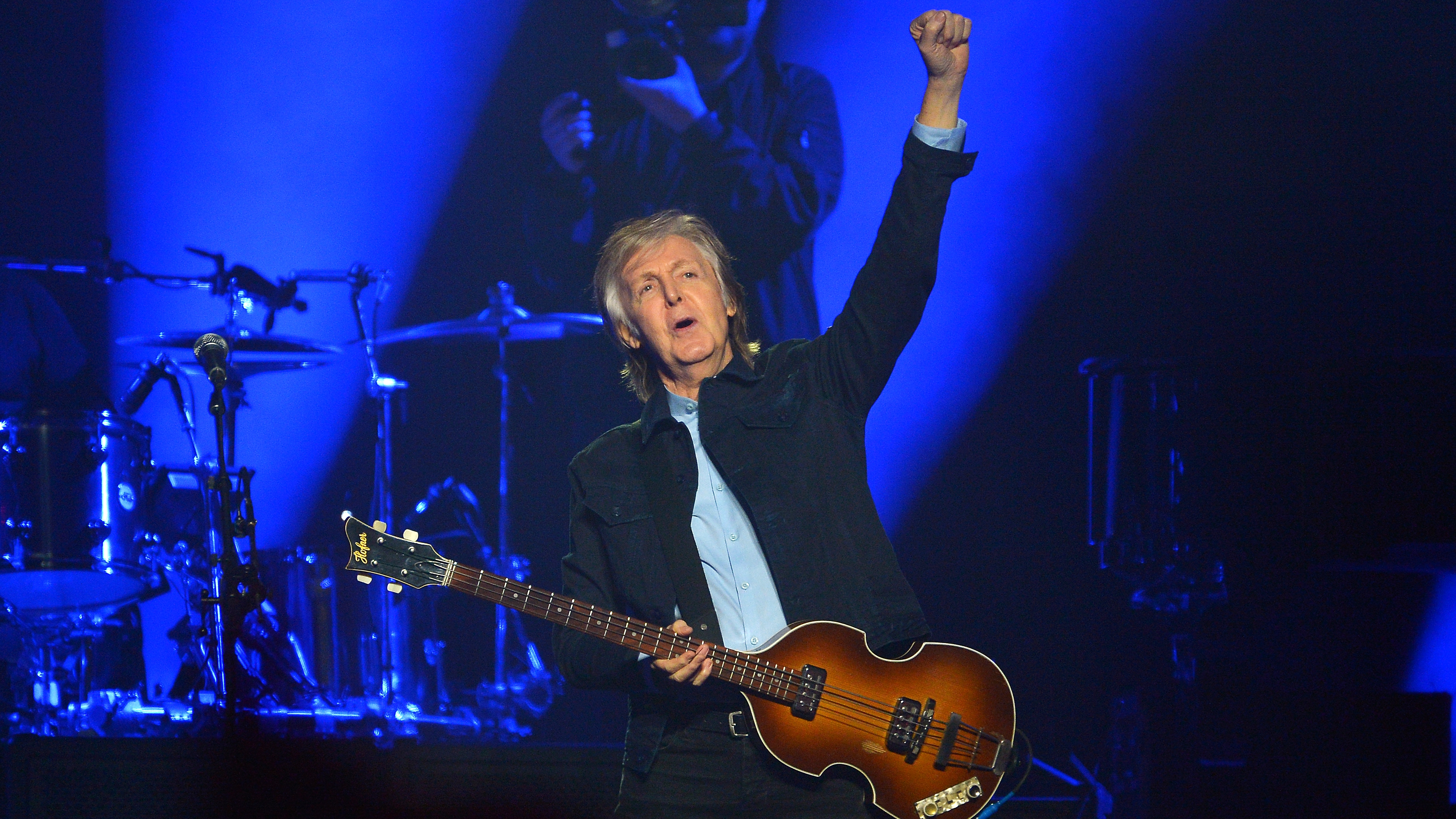 Sir Paul McCartney, 78, will always be one of the Beatles no matter how much more than that in his 60 years on stage. His successes after the breakup of the legendary Liverpool group are so unquestionable as to remain active without anyone questioning him or suggesting a withdrawal. But the eight years in which he teamed up with John Lennon, Ringo Starr and George Harrison are not only part of his personal history, they are also a chapter in the history of music, the one in which four friends, hairy by the rules of the time, they revolutionized the known canons and gave way to another style and another aesthetic on stage.

The Beatles is still today the group that has achieved the most number one on the British charts, the one that has sold the most albums in the United States, and also the one that gathers a legion of fans awaiting everything new that can be known about the group or its components 50 years after having separated and having pursued their careers alone. There are many artists who have surpassed the seven Grammy Awards they won, but few retain the aura of revolution that made them rank number one on the magazine’s list of the 100 greatest artists of all time in 2004. Rolling Stone.

Despite the confinement, Paul McCartney has lived on his East Sussex farm with his daughter Mary (photographer), his grandchildren, and Nancy Shevell – the American businesswoman who became his wife in 2012 – life and music have not they have stood for him. In an interview published by the magazine GQ He says that he encountered confinement just when he returned from a vacation and that although he knows how hard all this has been for families less fortunate than his, and especially for those who have lost loved ones, he confesses that he has been lucky. “I have been able to write, I have been recording using hand sanitizing gels and with social distancing. And it has been good because I don’t like not working, ”he explains to the publication. He also assures that he has been very happy to be able to spend a lot of time with his wife, his daughter Mary and his children, who “are great”.

She confesses that she honestly doesn’t think she has learned much in this time: “I knew the value of my family and it has been great to be able to spend more time with them, but that doesn’t mean I want to do it all the time. I like to work too ”. He has many projects ahead of him, an animated film that Netflix has bought, a special reissue of the album Flaming Pie, the release of the limited edition of his first solo album, McCartney, on the occasion of its 50th anniversary, the final preparations for the musical It’s a wonderful life who has been writing for the last three years …, and also has many memories of the group that started it all: The Beatles.

Recently, a program that filmed two years ago in Liverpool with James Corden for his successful space has returned to become topical in social networks Carpool Karaoke. In it Paul acted as Corden’s tour guide in that city with so many unforgettable corners for the musician. What is not so well known is that when McCartney returns to the British town he likes to drive his own car and take that nostalgic journey for other friends: “This is where Julia, John’s mother lived. On this street my first girlfriend. We did our first concert here, at The Wilson Hall. Down this street we walked with our guitars. This is the church where he used to sing in the choir. This is the barbershop where I cut my hair … I remember many things, ”says the singer-songwriter.

For years McCartney refused to talk about The Beatles, but it has been a long time since he freed himself from those ties and also long since he became friends with his former colleagues. Now he remembers anecdotes almost like one more fan of the four from Liverpool would. He lived there for 20 years and even today he recognizes that he returns at least a couple of times a year to Lipa, as his old school is now called, to give composition classes and for the graduation of the students, which this year had to be canceled due to the pandemic.

“I love those guys,” he assures referring to John, Ringo and George and also clarifies that he was very lucky because with John he settled their differences long before he was assassinated. “We were friends until the end,” he concludes. John and Paul met on the school route, on the same bus George was taking at the next stop. They joined Ringo in Hamburg because they thought he was a great drummer. He affirms that at first they were bad and that they improved with practice, but they had music and many other things related to art in common. Also hitchhiking trips with George and magical moments like the one in which he asked John: “What is your hobbie? I like to write songs “and Lennon was the first to say,” Oh, me too. “

But the separation came and McCartney is forced in this interview to clarify what he believes is the biggest mistake that is taken for good about him: “I suppose that when The Beatles separated, there was the misconception that we all hated each other.” Paul sued the band because his legal advisers told him that he couldn’t sue Allen Klein, who ended up representing the band after Brian Epstein. McCartney did not want to sign the contract with him, while his other three companions seemed fascinated, although they ended badly with Klein years later. “Suing The Beatles was horrible,” says Paul now in GQ. “Those were terrible moments, I drank too much and did too much of everything. It was crazy, but I knew it was the only thing I could do, because there was no other way to preserve the hard work of my entire life and I could watch it disappear in a cloud of smoke. He was a fucking idiot, “he says of Allen Klein.

“I was the guy who broke up with The Beatles and the bastard who sued his teammates. It was so frequent to hear it that for years I almost blamed myself, ”he says. He came out of that depression and the spiral of alcohol into which he entered, he continued his life and his fame, he continued to be demanding of himself. Although he admits that he does not know if he wanted to be as famous as then in this age of social networks.