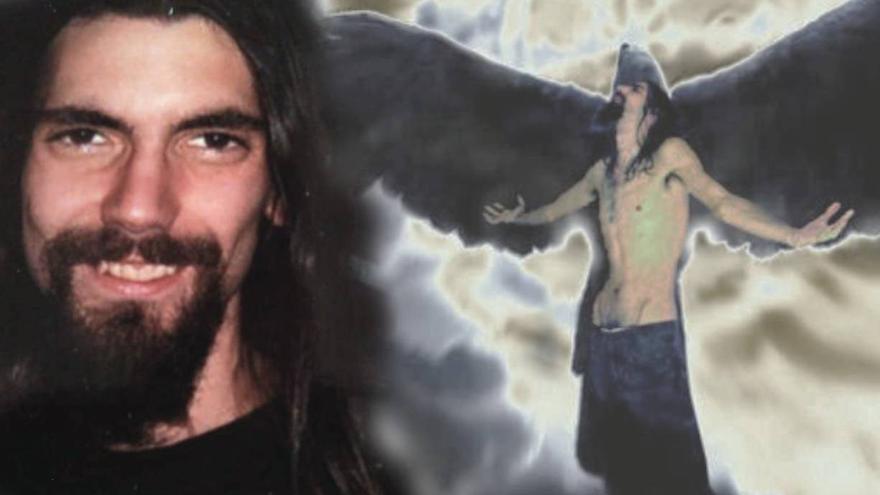 “On Wednesday I’m going to do a photo report to a girlAs he says it, Pedro looks at the cards in his hand. The game is getting complicated. It is Monday, November 18, 2012. Pedro Yáñez is at his parents’ house in Ferrol (A Coruña). He is 28 years old, It has been seven since he became independent, but whenever he can, he starts the week with them: they eat, play cards and spend time with his family.

Heavy (GVY), as everyone knows him, has learned to get ahead even when it comes to bad luck. Waiting to find a job -because an accident took away the one he had-, he enjoys his great passions: music and photography. A regular at festivals, he spends the afternoons between chords, metal groups (Wizard of Oz, Marea, Stravaganzza and a host of other names) and capturing moments with his camera.

That Monday, in front of her is Elia, her sister -confident, friend- who smiles because she knows that very bad you have to give to lose this time. Along with them, his mother, María José. Never Wins. Pedro and Elia laugh because they cheat without her noticing so she loses the game.

“What girl are you going to take pictures of?”Elia asks. Pedro does not say where, how or to whom. The look is on the cards. “Tute!”, She won. The young man gets up, kisses his mother, “see you on Monday.” He gets in the car with his father. They didn’t know it then, but it would be the last time they were going to see him.

“How strange, Pedro does not answer the whatsapp”

“We got in the car,” recalls Wencesalo Yáñez, his father. At that time, I did not imagine that nine years later it would become a key piece for relatives of people missing and a fundamental pillar of the association SOS Missing, coordinating the Galicia area. Nor that when Pedro, his son, got out of the vehicle in the Caranza neighborhood (5 kilometers from Serantes, the family home) I would never see him again.

Pedro says goodbye to his father. Look at the clock, it’s a good time to walk to Area 61, a place where one of the groups that follows plays.

Aesthetics, heart and heavy soul, “he was the manager of a group.” He breathed chords, notes, but he did not create. Wenceslao smiles when he remembers when he bought the guitar. “He bought it but he didn’t know how to take it practically. He enjoyed it from the outside, he went to many concerts.” His circle, his life, was there; its soundtrack, its best moments sounded like a good metal band.

Pedro Yáñez in a photo that he took (Heavy 5.0). On it an image of the missing young man.

Since that meal, a couple of days have passed. “On Thursday his mother wrote to him,” says his father. “How strange, Pedro does not answer the whatsapp”. Wenceslao reminded him that he had gone out to do a report. “Sometimes he would take photos for two or three days. I thought he would be with it or without coverage. I didn’t give it much importance.” The following Monday, when he did not sit at the table at home, the alarm went off.

Happy, loving, attentive, and very familiar, Pedro was facing a difficult time. “He had a car accident, a sharp blow.” A woman went to cross a crosswalk, he stopped his vehicle, but the car behind did not see him.

Pedro worked in construction, “he had to quit.” A poor prognosis and six months of insufficient rehabilitation left him with a slight limp. Since then he carried a cane. He had to reinvent himself, so he leaned on his other stick: photography. He created HEAVY 5.0, with which he signed reports on surfing, waves, etc. His fetish: the coast of Ferrol. There they went to look for him. They did so tirelessly for the first four months after the disappearance.

“When I got home from work, and saw that he hadn’t come to eat, I went to his house.” Everything was in order. Pedro was missing, his backpack was missing and his camera was missing.

After calling his friends, his surroundings, they managed to rebuild until Tuesday of the previous week – a day after eating at home and a day before the report – “afterwards nobody knew about him”, Wenceslao affirms. “The last call he answered was that day, to a friend who asked him to give him the DVD recorder. He didn’t see it, because Pedro said he couldn’t let him. “Afterward, doubts, silence. Fade to black. He disappeared.

They filed the complaint, it started without force. “A young boy, with long hair … the protocol was not activated “, laments Wenceslao. The hunt was started by them, the family. The alert to Civil Protection was given by them too.

“It is not a hoax, collaboration is requested”

A Facebook page became a roadmap. Hundreds of people joined who, days later, would beat the coast. The first posters and photos were released: “Pedro el heavy, the young man from Ferrol, has disappeared. It is not a hoax, nor a joke”. They joined, finally, helicopters National Police, even the Seprona of the Civil Guard. A description was added to the posters: “He is tall – 1.95 meters tall -, very thin, has long hair and a beard. He has two tattoos: a large one of a crow on his back and another on his wrist with his signature. artistic: ‘5.0’ and flames in black. Collaboration requested “.

Also Read  Cuomo gets rid of the 'impeachment' after his resignation

In everyone’s mind, the possibility that he would have had an accident while out with his camera, that his leg failed. After months beating the coast, They found no trace of the heavy metal or his backpack, his camera or his cane. “If he had fallen into the sea, he might not, but I think his things would have been washed away by the tide,” his father muses.

One of the many posters released by SOS Disappeared.

The police investigation yielded little data. “Over time, our case passed from the hands of the Specialized and Violent Crime Unit (UDEV) to the drawer of the Disappeared Unit,” recalls Pedro’s father. Nine years marked by silence in which -especially the first three years- the sightings did not stop: “It seemed to me”, “I think …”, that they reached their maximum tone in Copenhagen. An image, a call and a turn of the heart.

“It was passed to me by a person who knew my son from concerts. He found it by chance, looking at things on Facebook.” Wenceslao saves it and looks at more than he would like. Is a photo taken in a sports hall with a protagonist: a boy on a bike doing a BMX jump. As soon as they receive it, the gaze of his family does not focus on that boy, “I lost sight of another young man in the background because you see something that is familiar to you, for me he is“.

Image that the family received. Is it about Pedro Yáñez?

“I don’t know if it was one in the morning when they called me, I was half asleep. This person had been watching since eleven o’clock … I told him, let me wake up, I went to wash my face, I saw the photo, and he turned me over. “recalls Wenceslao. They tried to find the author, in case they could get the original photo, with better quality, but it was ruled out by the police. “It took them half an hour, at most, to tell me that he was not my son.”

The snapshot was dated: six months after the disappearance. “I saw her after a year and a half, what are you doing? Are you going to Copenhagen? Today I would act differently.” He relied on police judgment. The track vanished.

Also Read  What does the criminal contempt charge against Steve Bannon mean?

Another clue came a little later: “It was from someone who knew him and thought he saw him in Asturias. When they asked him, ‘Are you from Ferrol?’ the group that Pedro could be in left. Three years had passed since his disappearance. Whoever saw him said that there were people with him from another country. Copenhagen comes to mind, I keep connecting the two “.

Let the night come to rest

Helplessness, pain, doubts. What happened? “It’s difficult. Sometimes other thoughts come to you, but as long as no one proves otherwise for me Pedro is alive“Wenceslao affirms. His head does not stop, he thinks, he draws hypotheses, he imagines.” Sometimes we think that something had to happen to him, it cannot be, he would contact us. But, the head is spinning a lot, what if …? ”

The road was not and has not been easy. “When you start, you want the night not to come, the day not to end. You know that during the day they will look for your son and that when night comes they will not. As time goes by, you change your way of thinking, you want the night to come and the day to end, to see if you are able to rest “.

“There always has to be a how, a why and a where, in the end”

Wenceslao, Elia and María José look at the coast, where they record the video that tells their story (included on these lines), where “Pedro would spend an hour or two watching the waves crash and then he would go downstairs, prepare the tripod and he could stay another hour to take the photo he was looking for. “They also look at festivals, concerts, now that the covid gives way and allows them to be celebrated again.

Pedro Yáñez, the boy with the long hair and the beard. The tall young man, very tall and very thin. The heavy. The funny, fair, caring and loyal photographer is not there. His family He walks with a firm step, although it hurts. They do not stop walking because, as Wenceslao says, “no matter what disappearance it is, there always has to be a how, why and where, in the end”.