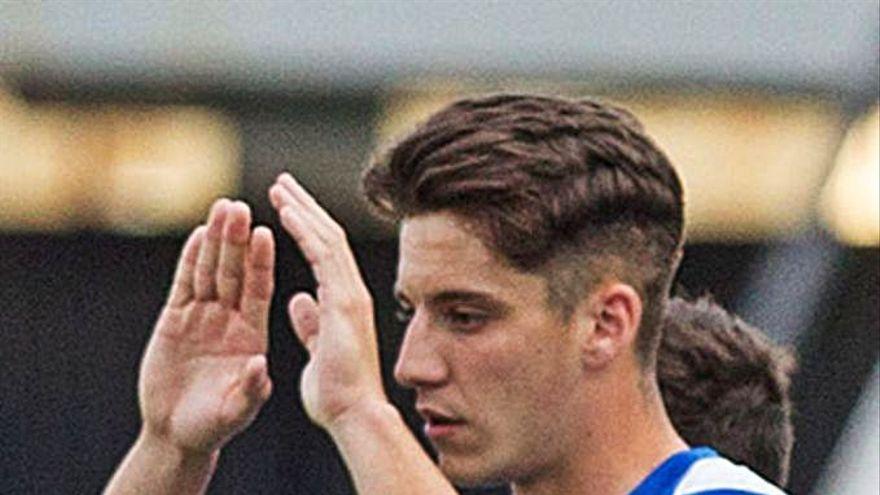 At last … Pedro Torres is expected to join work today with the rest of his colleagues after undergoing the medical examination that certifies that the youth squad does not carry any sequelae from the viral process that forced him to quarantine. The midfielder will be at the disposal of David Cubillo in Sunday’s derby, although his lack of competition rhythm and his punctual loss of form due to time absent from the physical routine complicate his participation in the match against Alcoyano.

With him in the field, the Madrid coach wins another possible alternative to the double defensive-cut pivot that he has proposed so far with Armando and Appin, and that did not give the desired offensive result for a favorite for promotion. Torres, in addition, if he enters the eleven, it would favor the desire shown by the coach that Moyita play his position forward, behind the striker, to be closer to the area and wear less in back and forth actions.

The one who won’t be sure is Jon Erice. The Tenerife midfielder continues with the slow process of recovering from the fibrillar tear he suffered during a work session on the field of the athletics track the day after the match in Paterna. His situation is worrying because, although an official medical report has not been provided, the diagnosis could leave him more than a day without group routine until the affected muscle tissue heals.

Manu Garrido, between unfortunate blows and overloads, has not quite entered the normal dynamics of training and is doubtful for the trip to Alcoy on Sunday (5 pm, Footers). The striker on loan from Leganés, who started the first two games played by Hercules, hopes to be with his teammates in the derby as his discomfort subsides. Although at a slower pace, the Madrid player will be with the rest of the squad preparing the match that can give Hercules the momentary leadership.

Parras, with almost everyone

40 kilometers away (57 by road), the Vicente Parras block tries to leave behind the burden of confinements due to the positive for coronavirus detected just before being measured with Orihuela. He returned to normal last Thursday after two weeks of forced quarantine for all members of the dressing room and did so with the two injured since the summer, Garcés and Juli, who had been out since the beginning of the preseason. The former Hercules striker suffered a muscle tear that forced him to be out of the team for eight weeks. If the derby had been played on the day it was originally planned, on the opening day of Segunda B, Juli would not have been able to play it.

Who is sure not to jump onto the pitch is another former blue and white. Alcoyano and Hércules agreed on a transfer price for Jona (Deportivo’s highest paid footballer) that will only have to be paid in case the Alcoy club lines up the Honduran, something that, logically, will not happen.