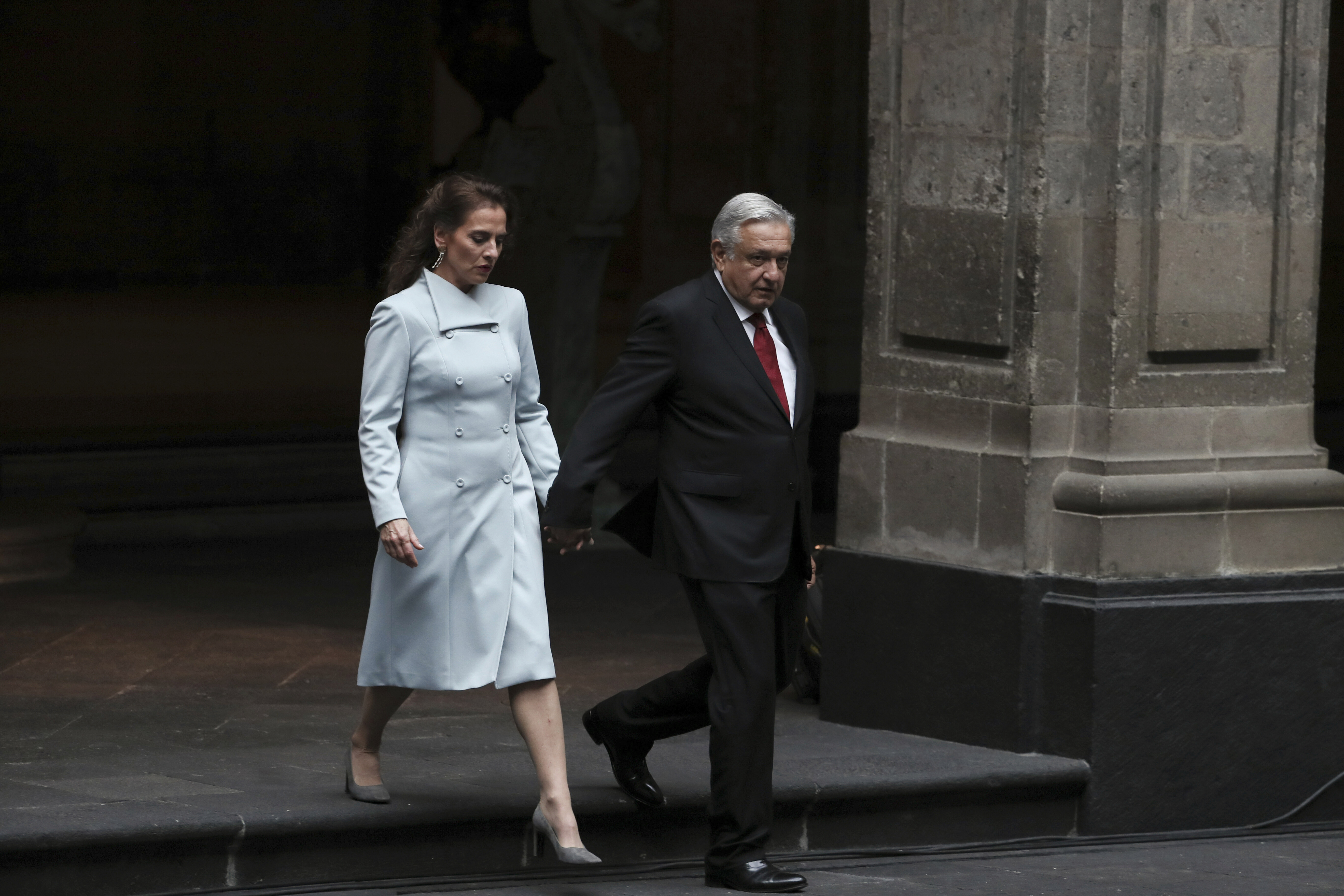 The controversy over the spy program Pegasus continues in Mexico, in the heat of the information released on Monday about the espionage to which the current president, Andrés Manuel López Obrador, his family and close collaborators, including his cardiologist, were subjected. This Tuesday, the president explained that he has no intention of “denouncing” this fact, which allegedly occurred during the years of the Government of Enrique Peña Nieto (2012-2018). His argument is that he has suffered from state espionage since the late 1970s and that it would not make sense to focus on just one case. “If I start to file complaints, I do not finish,” he said.

López Obrador has also insisted that his government does not spy on anyone, a practice, he has remarked, that it belongs to the past. “You have to know that unfortunately this was suffered and you have to make a commitment not to repeat it. It is what we are doing, nothing that we have opponents and we will listen to see what we can get out of them. That is dirty warfare, a completely immoral attitude, not that. Politics is an ethical imperative ”, the president has argued.

The president has also said that he does not believe that any government agency currently has any contracts to use Pegasus. “I do not know if this contract may exist, I am going to review it and today we are going to report. What I am sure of is that no one is spied on ”, he said. López Obrador has not clarified whether that review will include the Attorney General’s Office, an independent branch of the Executive that used Pegasus in the past and that has been in charge, for four years, of investigating its use to allegedly spy on activists and journalists.

Uncovered in 2017, the malware (malicious software to infiltrate devices) Pegasus resurfaces in waves, according to the ability of the press to get information. On Sunday, several international media coordinated by the Forbidden Stories platform released data on a list of potential targets of Pegasus customers around the world. Developed and marketed by the Israeli company NSO Group, Pegasus is a malware mirror. It infects the cell phones of the victims, allowing the client to access their data. NSO Group has always advocated that given the nature of the program, the only customers Pegasus sells to are governments.

The data released on Sunday reflects that no other country in the world has used Pegasus on the scale that Mexico did in the Peña Nieto years. At least 15,000 cell phones appear on the list of potential targets of the clients of the Israeli company, including journalists, activists or political opponents, in the case of López Obrador. So far, the only known customers for this malware in Mexico in those years they were the old Prosecutor’s Office, the Attorney General’s Office, the federal intelligence agency, the Cisen and the Secretariat of National Defense.

Virtually unknown, the contracts of these agencies with NSO Group or its intermediaries in Mexico appear at the center of the controversy. The Army, Cisen and the Prosecutor’s Office have recognized that in the past they hired Pegasus, always under pressure from civil society organizations and the media, tying up the flow of information in such a way that hardly any data on its operation, the material collected, is known. strategic logic or usage logs. This is the type of information that would appear in the investigation of the current Prosecutor’s Office, data that it protects with zeal.

Although it seems a thing of the past, Pegasus also treads the present. In 2019, WhatsApp reported NSO Group after the company detected that the malware it had tried to infect thousands of phones, taking advantage of a security breach in the messaging system. Part of the Pegasus targets at the time were Mexican. This event challenges López Obrador’s statements these years about the use of spyware in his Administration. López Obrador came to power in December 2018.