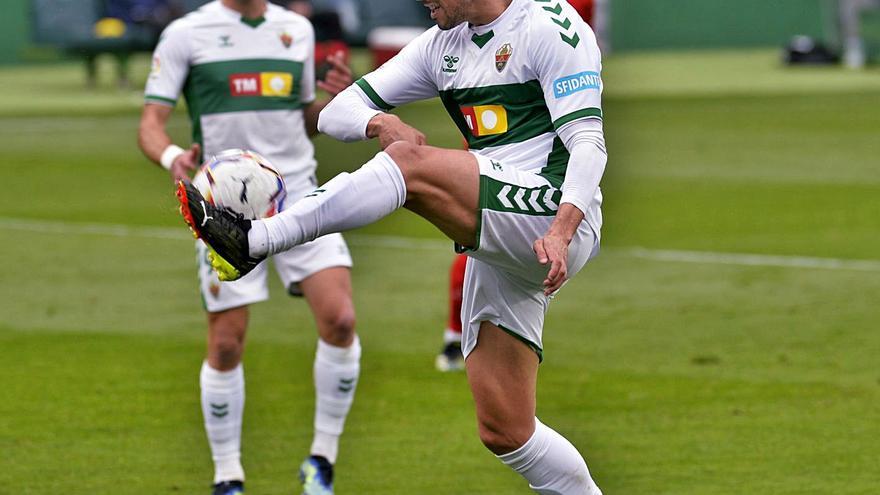 The Huelva footballer, who will turn 32 on October 27, ended his contract this season, but the owner of the Elche club, Christian Bragarnik, wants him to continue in the French-green entity. For this reason, it has reached an agreement to improve the amounts received this campaign and extend its ties with Elche for two more. Only small details remain to be completed to make it official and according to sources close to both the player and the club, the announcement of its 2024 contract extension will be made shortly.

Fidel wanted to continue in Elche’s lands. He has always commented that wearing franjiverde is when he has performed the best. In addition, at the end of this new contract it will reach 34 years. His wish is to retire in Elche and continue making roots in the city, where he also has personal ties.

The Huelva footballer celebrates his fifth season at the Elche club spread over two successful stages. He arrived in the 2012-2013 campaign, aged 23, from Recreativo de Huelva, where he trained as a footballer. In his first year at the Elche club, he achieved promotion to the First Division with Elche of the Escribá records, being the main protagonist and playing 40 games. The following year, he achieved permanence and although he was present in 35 meetings, he no longer had so much prominence. He left and went through Córdoba, Almería and Las Palmas and in none of those three teams did he finish showing his level.

Three seasons ago, it was the first signing of Nico Rodríguez as soon as he landed as sports director. With his return, Fidel found the stability and regularity that he had not had since he left the Martínez Valero the first time. He returned as a much more mature footballer and more focused on a personal level. He was a talisman and got his second promotion to the First Division as a franjiverde. On that occasion with Pacheta on the bench and playing 38 games. The Burgos coach highlighted him as a key player on and off the field.

Last year he returned to add another success such as the agonizing permanence in the highest category. He was present in 30 games and was the wild card on the left wing, both for Almirón, first; as of Escribá, later; playing as a lane, winger and inside, which is the role he has been playing the most in recent times.

This season he has started seven of the eight games and only stayed on the bench, surprisingly, against Levante and the team noticed. Few or almost no one would understand the current Elche without Fidel in the starting eleven.

The best moment of his career

Like good wine, its performance has been growing in recent years and it is not unreasonable to say that it is in the best moment of its career. He does not have as much speed and overflow as in his first stage at Elche, but he is a player with more weight in the game, more expert and that imbalance now contributes with his quality in the center of the field.

All this, together with his importance in the dressing room and that from January 1 he could sign with any other team, have caused his representative and Bragarnik to have decided to negotiate his future and have reached an agreement to improve his contract. The salary increase is not going to be very high, but it is compensated with an improvement in the record of this last season and the extension of two more.

Nobody doubts that his continuity in Elche is a success, because both teammates, fans and leaders are clear that the best thing for Elche is that Fidel Chaves continue to wear the franjiverde shirt for the next few years.

Fidel Chaves was recognized in the run-up to the last game against Celta as the best player of last season by the «Furia Franjiverde» club. The supporters voted for the footballer from Huelva, who takes over the award from Edgar Badia. The president of «Furia Franjiverde», Jorge Ortega, was in charge of presenting a plaque to Fidel in recognition of his great previous campaign.