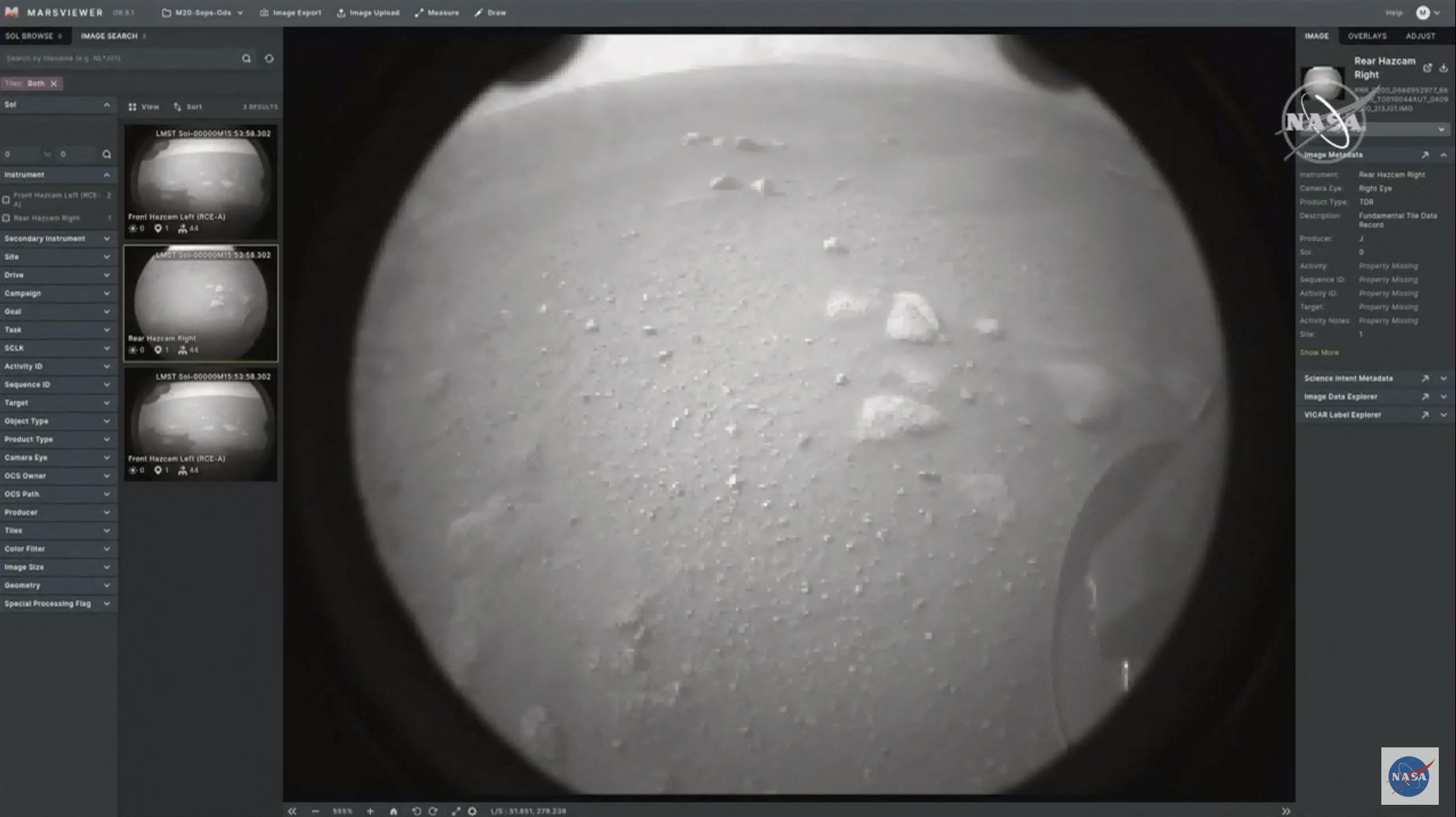 The first objective of Perseverance is to locate remains of biological activity. Of living beings that could have inhabited the planet billions of years ago, when it was a more welcoming scene.

No one expects to find live microorganisms. It would be an event of historic proportions. Nor fossils in the popular sense of the word, like a dinosaur bone or a trilobite print. On Mars, signs of past life are much more difficult to identify.

Photogallery: The arrival of ‘Perseverance’ to Mars, in pictures

Surprisingly, there are still samples of archaic life on Earth that can serve as an example for what is sought on Mars. They are the stromatolites, a structure that is formed and grows by accumulation of layers and layers of bacteria that absorb minerals on the shores of lakes. Over time, these accumulations cement and turn into sedimentary rocks. For all intents and purposes, fossils. On the outside they are amorphous, spongy in appearance. When cut, their internal structure often shows growth rings that resemble the rings of a tree.

Today, stromatolites are very rare. They occur in shallow waters of lakes and lagoons, sometimes very salinized. The highest concentration is in western Australia but they are also found in some lakes in North and South America. Closer, one of the best known is Lake Salda, in Turkey; On its shores, under a few feet of water, you can see what appear to be porous rocks, but in reality they are cemeteries of millions and millions of archaic microorganisms.

Data analysis will take many weeks, if not months

The Perrseverance it carries a pair of chemical element and biomarker detectors. Testing the soil for organic debris can provide valuable clues; but by themselves it will be difficult to reach a final diagnosis. It will need to be confirmed visually. For this, together with the chemical detectors, it has very high resolution television cameras, capable of detecting structures of only a few tens of microns. If there was ever an equivalent to the stromatolites on Mars – and if it is present in the Jezero sands – those microscopes should be able to identify its footprint.

In fact, before launch the detectors of the Perseverance they were tested on samples of Australian stromatolians, almost contemporaneous with those perhaps on Mars. The three instruments (microscope, element analyzer and molecular analyzer) coincided in pointing out its organic origin.

When can we expect news of the detection of biological remains on Mars, if at all? Analyzing the data will take many weeks, if not months. Before releasing the news they will have to marry dozens of tests: It is not only a matter of detecting some molecule of apparently organic origin, but of verifying that the minerals that surround it, their general appearance, their microscopic structure, their chemical composition and even the relationship of isotopes in the sample agree. The principle “Extraordinary ads require extraordinary evidence” will be more valid here than ever.

Part of the samples collected by the Perseverance they will have to be analyzed on Earth. That will happen, at the earliest, around 2028 and 2029, when another ship picks them up and returns with them. At the moment they will be received in a central laboratory, still in the design phase. There they must pass all kinds of tests to ensure, among other things, that they do not carry pathogens. Guaranteed that – and it is a question of demanding 100% security – they will be distributed to centers around the world to be subjected to more in-depth analysis than I have allowed. Perseverance. Only then – perhaps – can a solid answer be given as to whether or not life is an exclusive phenomenon of the Earth.

Rafael Clemente He is an industrial engineer and was the founder and first director of the Museu de la Ciència de Barcelona (now CosmoCaixa). He is the author of ‘A small step to [un] man ‘(Dome Books).