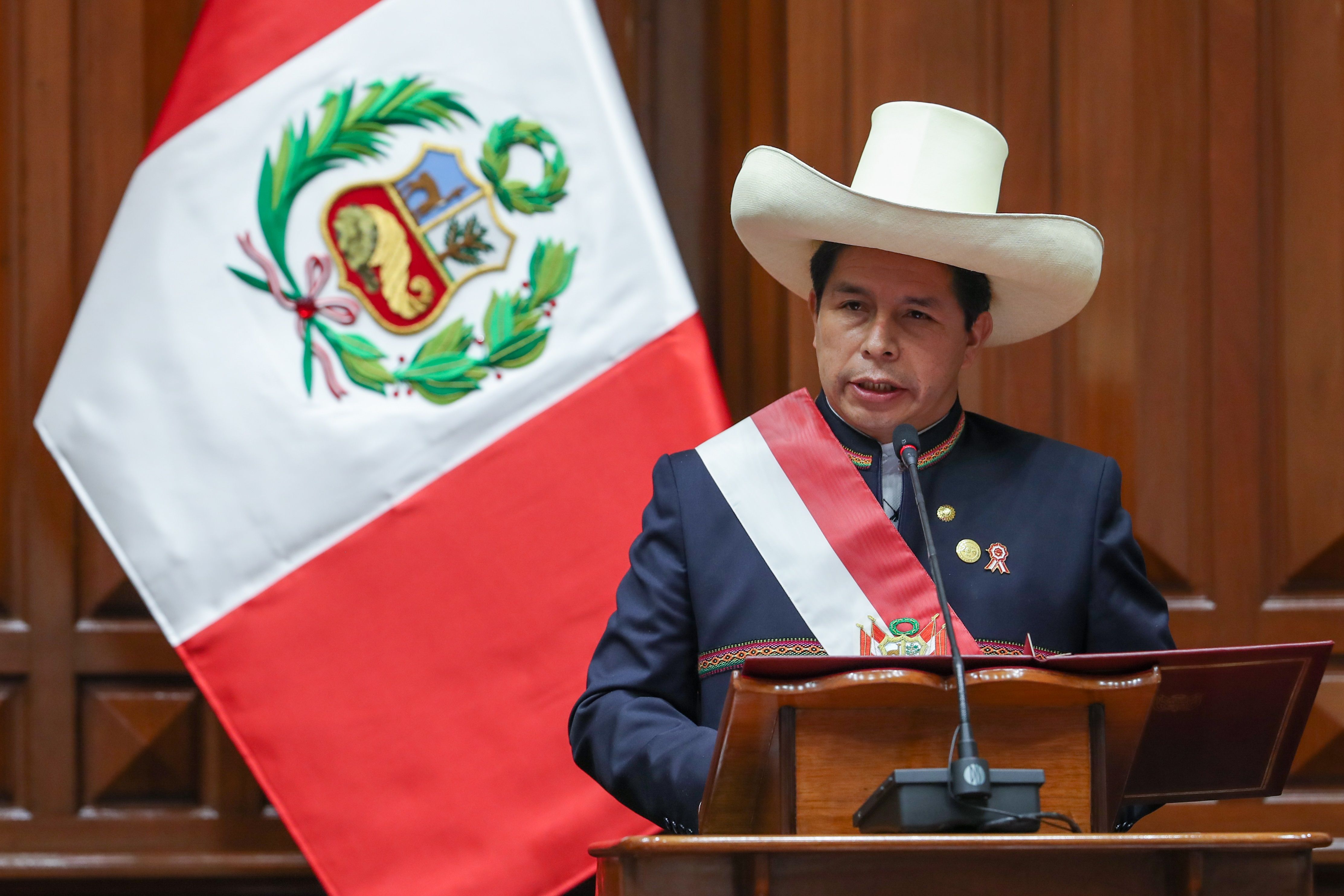 In his presidential inauguration speech, Peruvian President Pedro Castillo specified his strategy towards a Constituent Assembly and announced the transformation of the State to serve historically neglected sectors – the native peoples and the poor population, mainly. In addition, it offered an economy with “order and predictability” and, in the case of mining, it proposed a new scale for projects: social profitability, that is, the generation of benefits to the population affected by operations. These are the keys to your message by topic:

Health and fight against the pandemic

Only 16% of the population over 12 years of age is vaccinated with two doses in Peru. Castillo offered to reach the end of the year with 70% “to achieve community protection” and announced that he will convene regional governors and their health directors to evaluate actions in the face of the pandemic. His Government will continue with the ‘vaccinatones’ (extended days of immunization on weekends, initiated by the Government of Francisco Sagasti) and will extend the hours in primary level establishments.

In addition, he assured that at least 5,000 comprehensive community care teams will ensure that “no family is left without medical coverage.” Castillo also offered to unify the health system – currently fragmented into five subsystems – and the creation of a commission to prepare a proposal for a new social security and pension system.

The president proposed a payment of 700 soles (US $ 178 dollars) to families impoverished by the pandemic, after the Peruvian Gross Domestic Product (PIN) fell 11% in 2020 and poverty increased by 10 percentage points, which is equivalent 30% of the population. This means that in the country there are 10 million people who cannot meet their basic needs, and millions feed themselves through common pots.

In addition, he offered clear rules for mining and said that, if the investment projects of the extractive industries lack social profitability, “they do not go.” “This means a new pact with private investors, where the State intervenes to reduce costs, facilitate processes, maintain legal security and, in return, the local population and the country receive contributions that generate development and greater opportunities with real care for the environment, ”he explained.

Castillo seeks a dialogue with the Legislative towards a Constituent Assembly. He assured that he will present a bill to modify the current Constitution, which only contemplates the possibility of making changes, but not the formation of a group to draft it. The new president hopes that this text will be approved and then ratified in a referendum.

“The Peruvian people must be sure that we do not want to make changes for the simple desire to make them,” he said. And he explained why he keeps his campaign promise in this regard. “We will insist on this proposal, but always within the framework of the law and with the legal instruments that the current Constitution itself provides. Rest assured that there will never be a clean sweep of legality, “he said.

The head of state proposed declaring this sector in emergency “to recover learning” affected by the closure of schools due to covid-19, return to classrooms in the first semester of 2022, and progressively increase the budget of the sector until duplicate it. In addition, he reiterated his campaign promise that admission to university is free.

The opening of the president’s speech had a strong emphasis on the interculturality of his country and on the subaltern situation in which indigenous populations and Afro-Peruvian citizens have remained throughout history. For this reason, he announced that from now on he will rename the Ministry of Culture to Cultures, and said that the State will be transformed so that public servants can serve citizens in their languages ​​- there are 47 native languages ​​in the Andean and Amazonian country.

Castillo said, finally, that “to break with colonial symbols” he will not rule from the Government Palace, also called Casa de Pizarro, by the Spanish conqueror who founded Lima, and that he will cede said property to the Ministry of Cultures, “to be used as a museum that shows our history from its origins to the present ”.

In addition, he took up another of his campaign promises: the creation of a Ministry of Science and Technological Innovation “to enhance the generation of knowledge” and allow the country’s technological independence.