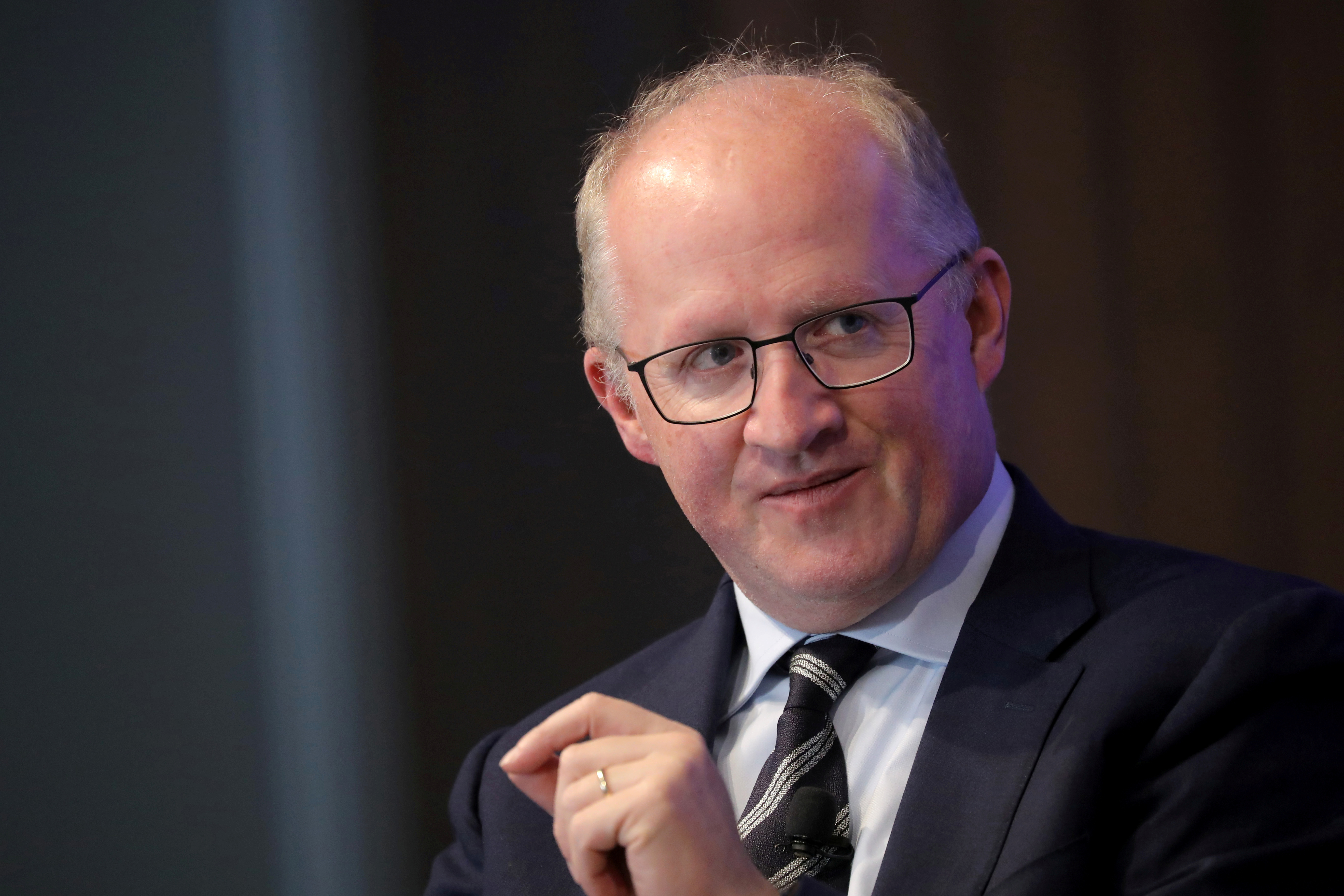 The rise in inflation to levels never seen since the 1990s puts pressure on the European Central Bank (ECB). But Philip Lane (Dublin, 52 years old), chief economist and member of the institution’s Executive Committee, insists on the temporary nature of the price hike. In a videoconference interview, Lane affirms that the entity will continue to ensure stable financing conditions so that the recovery does not derail.

Question. The ECB improved its outlook for the euro zone economy last September. But official data indicate that countries like Spain and Germany are growing below expectations. Is recovery at risk?

Answer. Each state in the euro zone has its own economic profile and, despite the fact that the pandemic was a shock Commonly, it has hit countries in different ways. Those with a large tourism sector, such as Spain, were particularly affected. This is not in itself a threat to recovery. This is a matter of timing and any downgrades that occur now will be offset by improvements later on. We do not believe that the recovery process is over, but that there will be strong growth in 2022. The countries that are a little further behind have a lot of spare capacity. Spain’s productivity has not been damaged by the pandemic, so it is a matter of recovering activity. There is a part that is related to demand: next year there will be a better tourist season. And the other has to do with bottlenecks, which will eventually be resolved. There are other elements that make us confident that we will recover well next year: the savings that people have accumulated during the pandemic, the Next Generation EU fund, especially for a large recipient like Spain, and the high vaccination rates.

P. But in recent weeks, the European economy has accumulated setbacks: supply problems, bottlenecks, rises in energy prices, price rises, the threat of new variants of the coronavirus … In what phase of the recovery does everything leave us? that?

R. The global recovery this year has been faster than expected. In that context, of course, bottlenecks can occur, because the supply is not keeping up, but that will largely be fixed next year. The rapid recovery has also meant that energy demand predictions have fallen short. That situation may now last longer than we would like, but these headaches are not going to eliminate the grassroots dynamism of the recovery. And it’s not just about getting back to where we were before the pandemic, but it’s also about catching up with the growth that we should have had in 2020 and 2021. So there’s a lot of momentum left in the system.

P. Europe is close to recovering its pre-pandemic GDP, but that will not be the case in Spain. Is there a risk that the gap between North and South will widen again?

R. Some countries may be recovering somewhat more slowly, but they will pick up, because this is a very temporary disruption and linked to the tourism industry. And the Next Generation EU fund has been designed so that all parts of the EU not only recover, but also have a strong medium-term outlook. In the coming years, the high public and private investment linked to this plan will particularly support countries such as Spain and Italy. This time the situation is totally different from 12 years ago, from the global financial crisis. Maybe we are going at different speeds, but Europe will recover well over the next year.

We do not believe that the recovery process is over. There will be strong growth in 2022

P. The president of the ECB, Christine Lagarde, said that inflation was at the center of the October meeting of the Governing Council of the institution. It was very graphic: “Inflation, inflation, inflation.” How long do you think the price hike will last?

R. Inflation is unexpectedly high at the moment, but we believe it will fall next year. And if we look at the situation in the medium term, the rate [de inflación] it is still too low, below our 2% target, and not too high. The current high inflation is linked to the fact that the recovery has been strong globally. We have these bottlenecks and high energy costs, which together are the main factor behind the price increases. I know that in Spain energy costs have also risen significantly. We believe that next year bottlenecks will ease and energy prices will decline or stabilize. There are other factors as well, such as the recovery of some prices that had fallen in 2020. So yes, we speak of “inflation, inflation, inflation”, but this period of inflation is very unusual and temporary, and it is not a sign of a chronic situation. The situation we find ourselves in now is very different from that of the 1970s and 1980s.

P. Faced with the rising cost of living, some German unions are calling for wage increases of at least 4%. Are you worried that those negotiations could continue to fuel inflation?

R. There is a collective interest in observing closely what is happening, but we must have a nuanced vision. In recent decades we have observed that wage increases in the euro zone have not been high enough to generate inflation of 2%. That said, those negotiations must also be shaped by broader considerations, such as the productivity and competitiveness of a country, sector or company. It is important that wage negotiations consider the rising cost of living but also avoid unsustainable increases in labor costs. Finding this balance is key. We will look for unsustainable patterns that may generate undesirable pressures from an inflation perspective. But let me emphasize: we don’t see this right now. It is more of a risk factor that we must take a look at than something we have evidence of.

The withdrawal of stimulus is being debated in the US or the United Kingdom, but not in the euro zone

P. Concerns about inflation are rampant in Germany, where strong criticism of the ECB has already emerged. Can that climate accelerate the withdrawal of debt purchases from the emergency program?

R. Our monetary policy decisions are not driven by any external pressure group. The EU Treaties give the ECB independence to do its job, which is to achieve 2% inflation in the medium term, so that inflation is neither too high nor too low. The key to our decision-making is our assessment of inflation in the medium term, that is, over a horizon of several years. With our medium-term outlook on inflation, we are very focused on where the inflation trend may go in 2023, 2024 and so on, rather than on short-term dynamics. In terms of our policy, we are not focused on any particular individual component, because, of course, our monetary policy covers different categories, not only the PEPP, but also the regular asset purchase program. We also have the level of interest rates and our targeted loan program, the TLTRO. So we have many dimensions that go hand in hand within our monetary policy, and this will be decided based on what is necessary to ensure that inflation stabilizes at 2% in the medium term, and short-term volatility is something we have to review. At the same time, we also have a responsibility to explain that there are strong reasons to believe that inflation will fall next year and that we must be patient enough not to overreact to a temporary rise in inflation.

P. The president of the ECB maintains that it is not in the phase of withdrawal of stimuli [tapering], but it seems that the markets interpret the opposite given the rises in risk premiums …

R. I don’t want to dwell on the daily fluctuations of the markets, because they have moved in both directions in the last week. For me, the tapering I would suggest ending asset purchases or quantitative easing. This is being debated in the United States or the United Kingdom, but not in the euro zone. What has been discussed here is the recalibration of asset acquisitions: at the beginning of the year, when there was pressure on interest rates, we did more, and in the fall we are doing less. Deciding the scale of purchases will be part of our decision making, but we believe that the Eurozone is a long way from a situation where we will end asset purchases. It is a totally different situation compared to other economies.

During the pandemic, we have contributed greatly to the recovery by ensuring that financing conditions have been favorable

P. Why this difference?

R. Since the global financial crisis, Europe has had inflation well below the 2% target. In contrast, the United States and the United Kingdom face a greater risk of inflation exceeding that level in the medium term. And we are not in the same moment of the economic cycle either.

P. Does this reaction that the markets have had favors the maintenance of purchases to avoid an increase in financing costs?

R. We are moved by the inflation outlook. And we are very concerned about financing conditions, but we evaluate them over a longer horizon than a specific week. That there has been volatility in the last two weeks is not a determining factor. We would examine the basic underlying trends. We have many tools to influence funding terms and I believe that during the pandemic of the past year and a half we have contributed greatly to the recovery by ensuring that funding terms have been favorable.

P. And does the departure of Jens Weidmann or the arrival of a new government in Germany make it easier to continue shopping?

R. All the members of the governing council, including the governors of national central banks, are there as Europeans. They are not there to represent any country. And they all take a European perspective in monetary policy discussions. Jens is a very good monetary economist and has made a very significant contribution to that debate. It is natural that sometimes there are differences of opinion between the members of the council. But it is important to emphasize that, in general, we make decisions by consensus and very often unanimously. Also remember that this summer we unanimously reviewed and approved our monetary policy strategy.

P. Spain continues to lag behind in the recovery compared to its partners in the euro zone. Is there a risk that this recalibration or the new steps that may be taken in December affect its ability to finance itself in the markets?

R. I insist, all countries, no matter where they are now, are prepared for a very good recovery. Some may arrive a few months later than others, but I don’t think there should be any concerns about new permanent spreads appearing. We establish a monetary policy for the euro zone, not adapted to specific countries. Some states may complain that it is too lax, if an economy is already at full capacity. And others who operate below its capacity may sometimes see it as too strict. But we must be in the middle. There should be no doubt that we will ensure that Europe has a strong recovery and that it is not derailed as a result of an unnecessary adjustment in financing costs.