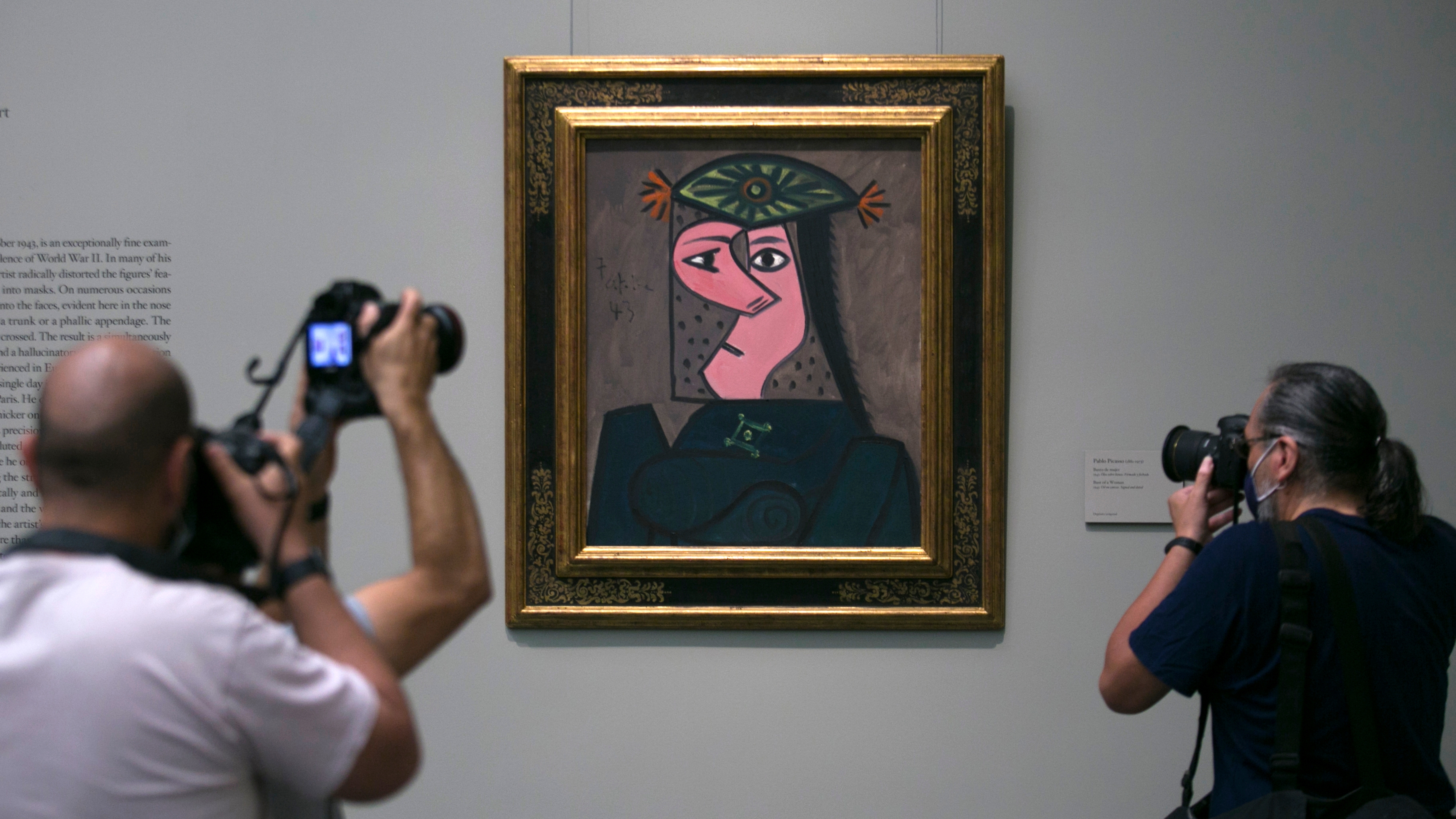 Any contemporary artist whose work has been linked by or inspired by the Prado Museum can become part of the batch of exhibitions that the art gallery organizes each new season. This is the argument with which Miguel Falomir, director of the institution, has defended that Pablo Picasso, Fernando Zóbel and Philippe Parreno, three creators considered contemporary, star in exhibitions in 2022 and thus become the first to formally transfer the diffuse temporary border that divides the Prado collection with that of other contemporary art museums, mainly the Reina Sofía. This conventional barrier has been located around the year of Picasso’s birth (1881), according to a royal decree of 1995, a date that marked the end of the discourse of one museum and the beginning of the other. But over the years and based on negotiations, this border has been diluted. Two examples are worth, a Picasso painting that hangs in the Prado since last summer and The Boulonnaise by María Blanchard, the great lady of Cubism, which has also hung in the halls of this institution since February 2021.

Falomir has defended this proposal with the argument that the new season is “an encounter with contemporary art”, as well as a way to revitalize the permanent collection. “The Prado is not a museum of contemporary art, but it is interested in those contemporary artists for whom the study of their collections has been important in shaping their aesthetic ideas,” said the person in charge. This was the argument that the institution used to justify that Bust of Woman 43, by the painter from Malaga, has shared a room with El Greco and Velázquez since July. In other words, Picasso’s connection with the Prado since his youth, when he went to the museum to copy some of his paintings.

Also Read  Of a thousand heroes the homeland was here | Opinion

For this reason, the first of the three exhibitions, scheduled for November and curated by Carmen Giménez, is called Picasso and El Greco. This exhibition is part of the program to commemorate the 50th anniversary of Picasso’s death, which is celebrated in 2023. This program is being prepared by a commission of experts chaired by the former Minister of Culture José Guirao.

The second exhibition of contemporary content will arrive in November and is dedicated to Fernando Zóbel, founder of the Museum of Abstract Art of Cuenca. The Hispanic-Filipino artist copied all the great works of the Prado in some notebooks in which his journey to abstraction can be contemplated. Frenchman Philippe Parreno will show the installation he built for the exhibition that the Beyeler Foundation dedicated to Goya. In Madrid, this audiovisual recreation of the Quinta del Sordo will be shown next to the rooms where his black paintings are exhibited.

Falomir has affirmed that the arrival of these three artists to the Prado “does not break any norm nor will it be a drain for the entry of all kinds of contemporary artists.” The director has assured that the belief that every artist at some point has been inspired by the old masters is not true and has even dared to assure that “60 or 70% of creators would reject it.”

All the culture that goes with you awaits you here.

At the Reina Sofía they have nothing to object to the Prado’s exhibition program because it is set and approved by its Board of Trustees, a sovereign body. “The decision is absolutely respectable”, responds the director Manuel Borja-Villel. “Another thing would be, and that could become worrying, that the Prado thereby loses its essence, what has characterized it, with a unique content that is unparalleled, and that by promoting this new drift it can become in another thing, with the loss that it would suppose ”.

Also Read  Is it really me? The Ugly Truth About Beauty Filters | Australian lifestyle

The museum has presented another ten exhibitions, among which are those dedicated to Paret, Carracci and Spanish artists in Renaissance Naples. Almost all are co-productions with national and foreign institutions, such as the National Library, the Juan March Foundation, the MNAC of Barcelona, ​​the Capodimonte of Naples or the National Gallery of Rome. The rest of the names are, for now, kept secret.

The schedules and new projects are linked to the budgets and although in the Prado the accounts have improved, austerity continues to be the key word. Last year they raised 7.19 million euros for tickets to the museum, a figure far removed from those before the pandemic. As of spring, according to the Museum’s calculations, the expansion works will begin, which will add more than 2,500 meters for exhibitions.