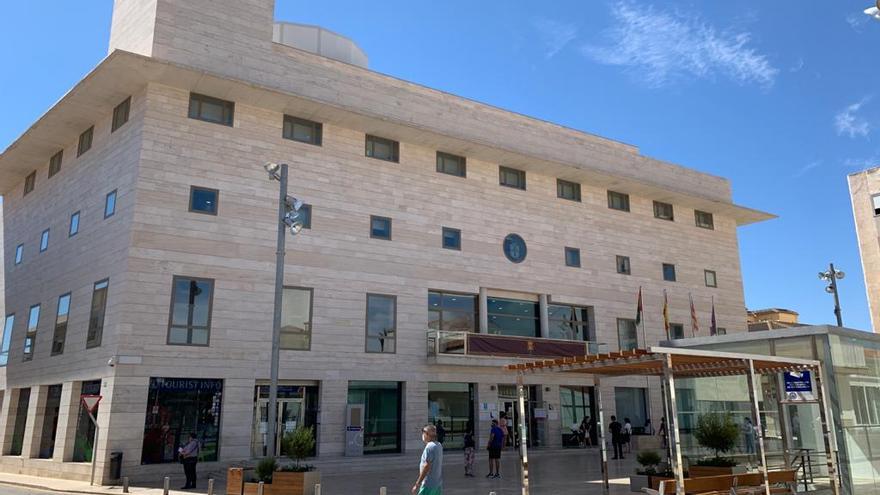 The human team of the Department of Commerce and Consumption of Pilar de la Horadada It has been working “at a frenetic pace for months, and especially in recent weeks,” to process the applications of the hundreds of freelancers who have submitted the documentation to receive aid from the Resistir Plan, according to a note from the government team. In the so-called Parenthesis aid promoted by the Generalitat Valenciana, the autonomous administration has paid 429,961 euros, the Alicante Provincial Council puts 154,786 euros, and the City Council itself has provided 103,191 euros, which makes a total of 687,938.00 euros to allocate it to offer financial aid to the self-employed and micro-enterprises that carry out their activity in the sectors that have been most affected by the measures to contain the pandemic caused by Covid-19.

Jose Antonio Martinez Delgado, Councilor for Commerce, explained that just 12 days after the application deadline opened, and once they have been examined and verified by municipal technicians, “the City Council will make the payment by bank transfer of the first 70,287.83 euros that will reach 30 freelancers of Pilar de la Horadada “. Another 67 applications are in the processing phase to Plan Resistir, and “we still hope to receive more because the term is open until next Monday, April 12,” explains Martínez.

Regarding the controversy unleashed in recent days about the slowness in the processing of aid from the Plan Resistir by those municipalities governed by the Popular Party, Councilor José Antonio Martínez has said that “in Pilar de la Horadada the bases were approved with a extraordinary plenary session when they were well prepared, and now we are processing them in record time with the resources we have ”so Martínez thinks that the delay has nothing to do with who governs, but with the resources available to each City Council to move forward this type of summons supervening by other higher administrations, “which overlap with those that we are continuously launching from the City Council itself. It is as if we continually argue that the Generalitat has not paid the construction company of the new institute 5 of the 7 certifications that they have presented, when the Consell has the money, and they do not have the human means to process it, and currently owes 1,685,208 , 76 euros corresponding to certifications from November 2020 to the last of March 2021. They are trying to politicize from the Generalitat issues of such relevance as education or in this case aid to SMEs and self-employed “, added the councilor.

The Consell announced that Pilar de la Horadada he was late in the call, “and that they would pay in May, information that has been denied by the councilman himself when he made public that the first 70,287.83 euros of the first 30 approved applications are already being paid.”

Aid to other excluded sectors

The councilor for Finance in the Pilar de la Horadada Town Hall, Mari Carmen Grace, already informed in the extraordinary plenary session of approval of the Plan Resistir, Parentésis aid, that the aid is being given to the sectors that the Generalitat imposed, which “suppose – he warns – a minority in the business fabric of the municipality, and that they would only reach to 6% of the business census, since they had left out a multitude of activities and sectors that had also suffered the pandemic, and that were demanding aid.

The municipal technicians were drawing up aid bases so that those sectors and activities that could not qualify for the Resistir Plan, received similar aid, either with the surpluses of this plan, or with the financial resources of the Municipality of Pilareño.

“The problem”, indicates the councilor, has been that the Valencian Government informed the municipalities that, in the case of approving the granting of aid in favor of other sectors not included in the Resistir Plan, “they must prove that they sectors have been affected by the pandemic in general, which makes it extremely difficult to develop this option because the council does not have such data. ”

Also Read  NATO, caught in the Afghan hornet's nest, does not find a way to an orderly withdrawal

Mari Carmen Gracia argues that, from the City Council, “we ask the Generalitat Valenciana to expedite the procedures to reach the sectors that they have forgotten, because we already have planned the way to allocate money to these economic sectors that have also suffered the pandemic”.

Pilar de la Horadada aims to give aid to the sectors that the Government of Spain and the Generalitat have left out, such as la manufacture of canned fish, minor trade in musical instruments, academies, teachers and educational staff of educational teachings, physiotherapists, opticians, optometrists, chiropodists, masseurs, dieticians, orthopedists, carpenters, mechanical workshops, furniture manufacturing, perfumeries, drugstores , stationery stores, hardware stores, florists, nurseries and hairdressers. “Nobody remembers them, but in our town there are many, and they also have the right to receive aid,” explained Mari Carmen Gracia.