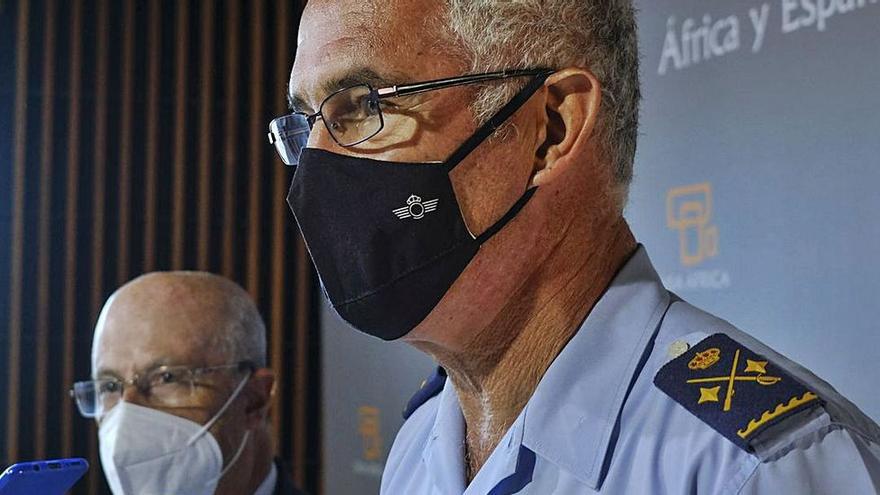 General Sánchez de Lara asserts that the “constancy” in the action in this area, in which the Air Force participates by locating the pirate ships and acting quickly, in addition to the “preventive and dissuasive” missions in the Somalia coast and in waters towards the Indian Ocean, has resulted in mitigating piracy. Another job they do “very beautifully” is that they link up with many Spanish fishing boats, to whom they show the flag when they fly over the area and the boats “feel safer” after the 2008 arrests, explains the chief general of the Air Command of Canary Islands.

In Africa, the Air Force has two detachments with 135 personnel and three aircraft that contribute to offering security in the Sahel with which they have managed to reduce piracy and guarantee supplies for missions in Africa from the Senegal base.

In Djibouti, specifically, within the framework of Operation Atalanta, the Orion detachment is mandated to protect World Food Program ships and other vulnerable vessels, deter and prevent acts of piracy off the coast of Somalia and, at the same time, time, provide support to other EU missions in the area and to the rest of the external action instruments deployed as part of the EU’s comprehensive approach to the Horn of Africa.

This detachment is the only one that has been in the area continuously since 2008 and has a P3M aircraft that focuses its mission on reconnaissance, locating and providing information to surface detachments. It is an aircraft “with great autonomy, capable of flying from the Red Sea to Kenya and back,” says Sánchez de Lara. Among the crew and its support are 65 people.

From Dakar (Senegal), the Marfil tactical air detachment is entrusted with logistical air transport in support of the French Armed Forces, within the framework of Operation Barkhane, in the fight against terrorism. Likewise, the detachment also supports the United Nations missions MINUSMA and MINUSCA, for the stabilization of Mali and the Central African Republic, respectively, the missions of the European Union EUTM RCA and EUTM Mali, to support the formation and training of the armed forces of these countries, and the joint G5 Sahel force. They had one plane, but as a result of the French demand, one more reinforcement has been activated. From food, water, personnel, material for missions and vaccines, these planes serve as a guarantee for other operations, thanks to a detachment made up of 70 people.

It is “a band of huge terrain”, where there are missions of all kinds, cooperative security, search and rescue training, security and defense, and this detachment serves as an “air bridge” for all needs, be they transport, personal, logistical or medical, exposes the general. “They are long journeys, like from Madrid to Moscow, and with very complex flight conditions,” he asserts, in an area where “there is also no logistical support on the ground and almost everything arrives by air.” In fact, this detachment has transported 42,000 people and 6,000 tons of cargo, in 3,800 departures and 10,000 flight hours.

The general director of Casa Africa, José Segura, stressed that this meeting with professionals from the Spanish Army serves “to publicize their activity on the African continent”, which is none other than “defense from the values ​​of peace and coexistence” .

In these face-to-face and telematic conferences, the role of the Spanish Navy in controlling illicit traffic and piracy in the Gulf of Guinea or Operation Balmis has been shown on previous occasions.