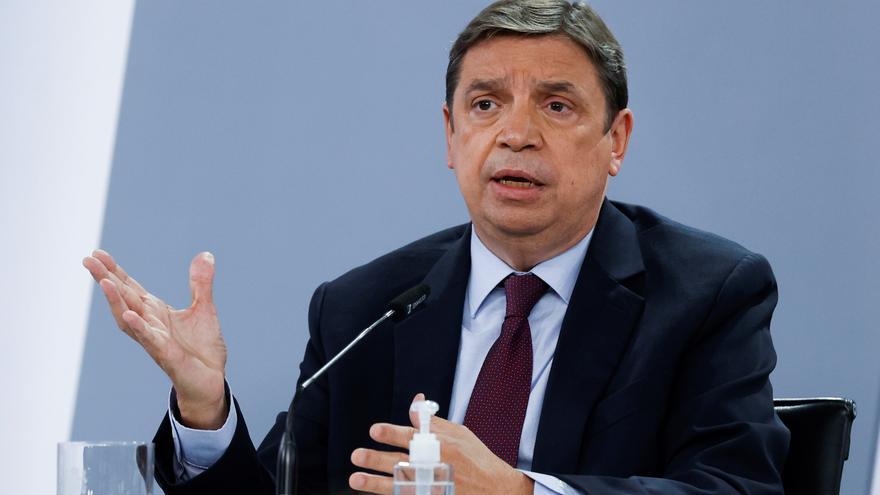 The Minister of Agriculture, Fisheries and Food, louis planes, stated this Wednesday that the outbreak of bird flu detected in a turkey farm in Segovia “should not raise alarm” and is “perfectly controlled”.

He thus referred to the first outbreak of avian influenza in domestic species in Spain, which was officially declared this Tuesday in the province of Segovia, in a fattening turkey farm in Fuenterrebollo, which has 18,900 specimens and which will be slaughtered.

To questions from journalists at the inauguration of the exhibitor of the Ministry of Agriculture, Fisheries and Food at the International Tourism Fair (Fitur), he detailed that there have been no movements of animals from that farm in recent days, in one case which is being closely watched.

He added that the Ministry has maintained a “magnificent and close relationship in real time” with the authorities of Castilla y León, who transferred the preliminary data and the conclusions of the analysis carried out in the laboratory, information that has also been shared with the European authorities.

“Now it is up to the Autonomous Community to adopt necessary correction and sanitation measures,” he recalled.

The minister has elaborated that already on Monday he warned before the council of ministers of the area in Brussels of the concern about the appearance of cases of avian influenza, that until then had only been detected in wild birds.

He has clarified that it is a zoonotic disease, which can be transmitted to humans, although the risk of contagion to people is “minimal”; It has only occurred in one case in recent months throughout the European Union (EU) and in a person closely linked to the exploitation.

Also Read  Justice for George Floyd was won on the streets, not in the courtroom | Protest

Along these lines, he pointed out that the French Presidency of the European Union during this semester has focused its priorities on issues such as animal and plant health.

Asked about the calls for agricultural organizations to protest the crisis in the profitability of farms, he reiterated that there are no “magic bullets” in the face of the increase in production costs for some inputs, but that after taking the matter three times to the European It has been agreed to coordinate the response.

In relation to trade relations with China, the minister has defined them as “excellent”, since the Asian giant is the second market for Spanish food from outside the EU, after the United Kingdom.

In this regard, he stressed that new markets are being opened that are “of great interest” to Spain and that the quantitative and demographic increase in the middle class in China and its purchasing power means “a great challenge”.