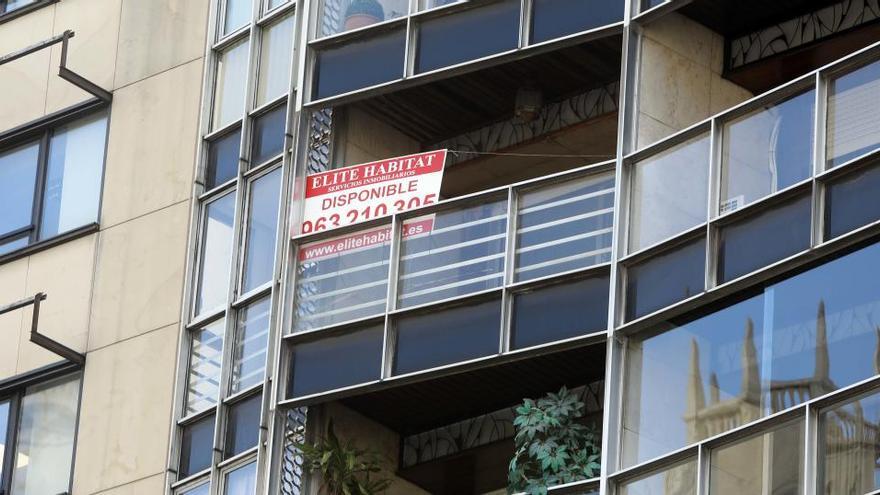 The Vice Presidency for Social Rights proposes, within the framework of the new Housing Law, that large property owners allocate 30% of their homes to social rental, a measure that will help put an end to the “housing emergency” in Spain by increasing the public stock in a few months between 140,000 and 150,000 homes.

This has been indicated by the Secretary of State for the 2030 Agenda, Ione Belarra, during her appearance in the joint commission for the coordination and monitoring of the Spanish strategy to achieve the Sustainable Development Goals.

Belarra has argued that the Sustainable Development Goals also imply protect the right to housing, as stated in article 47 of the Constitution, and for this it is necessary to draft a state law that “once and for all cuts off the lack of protection experienced by all citizens in the face of a real estate sector that generates huge profits every year.”

“We need a Housing Law that gives co-responsibility to the real estate sector, the private sector, in guaranteeing the right to housing and committing it to fulfill the social function that housing must necessarily have. For this, it is essential that large homeowners, for example, make a percentage of their stock available to public administrations to be used for social housing “, he defended.

In this way, and “not so much betting on construction again”, as it will be possible to expand “substantially the public stock of rental housing”. “If, for example, large property owners in Spain allocated 30% of their homes to social rent, we could increase the number of available homes by 140,000 or 150,000 properties in a very few months, thus helping to put an end to the housing emergency that our country lives “, has deepened.

The secretary of state also has called for the creation of an “unprecedented social shield” in the face of the Covid-19 pandemic, with measures extended until the end of the state of alarm and that exemplifies the “change of course” in the face of the “cuts” derived from the 2008 crisis with “facts and policies.”

Among them, he has highlighted the suspension of practically all evictions without a housing alternative, the prohibition of cuts in basic supplies to vulnerable people or the extension of mortgage moratoriums.

At the same time, this Government has extended the ERTE until May, which have managed to support almost 3.5 million workers and 500,000 companies, and which has become the mechanism promoted by the Ministry of Labor as protection ” broader and more ambitious ever deployed “in Spain.

Reform of the electricity market

Belarra has also urged to work “without further delay” on the reform of the electricity sector, a measure included in the coalition agreement and which is revealed as “extremely urgent”. For the Secretary of State, the reform of the energy market is “necessary”, as has been demonstrated in recent weeks, to “be able to guarantee access to affordable and non-polluting energy.”

In January, Unidos Podemos called on the PSOE to promote the changes committed to the latest increases in the electricity bill, especially in relation to overpayment, known as ‘benefits fallen from the sky’, which generates “large” profits for the group of companies that make up, in his opinion, the electrical oligopoly.

United We can maintain with the PSOE, partner of the Government, “substantial discrepancies” in the preparation of the new Housing Law, which are being prepared by the Ministry of Transport and the Vice Presidency of Social Rights.

According to sources from United We Can explain to Europa Press, there is “concern” about the dynamics of the negotiation on a regulation that should reach the Council of Ministers throughout February. And all this when appreciating that the PSOE shows rejection of most of its proposals.

The disagreements lie above all in the need to force large holders to dedicate a part of their homes to social rent and making permanent the prohibition of evictions without housing alternative for vulnerable families, central points for the formation of homes. There are also differences when it comes to implementing “effective measures” that mobilize the exit of empty housing to the rental market.

Regarding the regulation of rental prices, included in the Government agreement and detailed in the General State Budget (PGE) agreement, United We can explain that they sent a proposal to the PSOE four months ago to which they have not yet responded .

The calendar that the Ministry of Transport manages is to continue outlining the new Housing Law until mid-February, and from there, take it to the Council of Ministers, as reported to Europa Press in sources from this department, with which delays the initial calendar that both formations agreed to approve the law in January to reach Parliament in February.

At the end of last October, PSOE and Unidas Podemos agreed to take the Housing Law to the Council of Ministers within a maximum period of three months and to the Congress of Deputies within a maximum of four months, in order to “limit” and “eventually go down”, rental prices in “stressed” market areas.

Belarra already explained to Europa Press in December that his aspiration is for the new law to mobilize the empty house owned by the big holders and force them to take it out on the market to increase the offer of social rent in favor of vulnerable families.

In addition, a report from the Second Vice Presidency of Social Rights and the 2030 Agenda describes the ‘Portuguese model’ of tax incentives in order to achieve lower rental prices, which the PSOE opts for, as a “failure”.