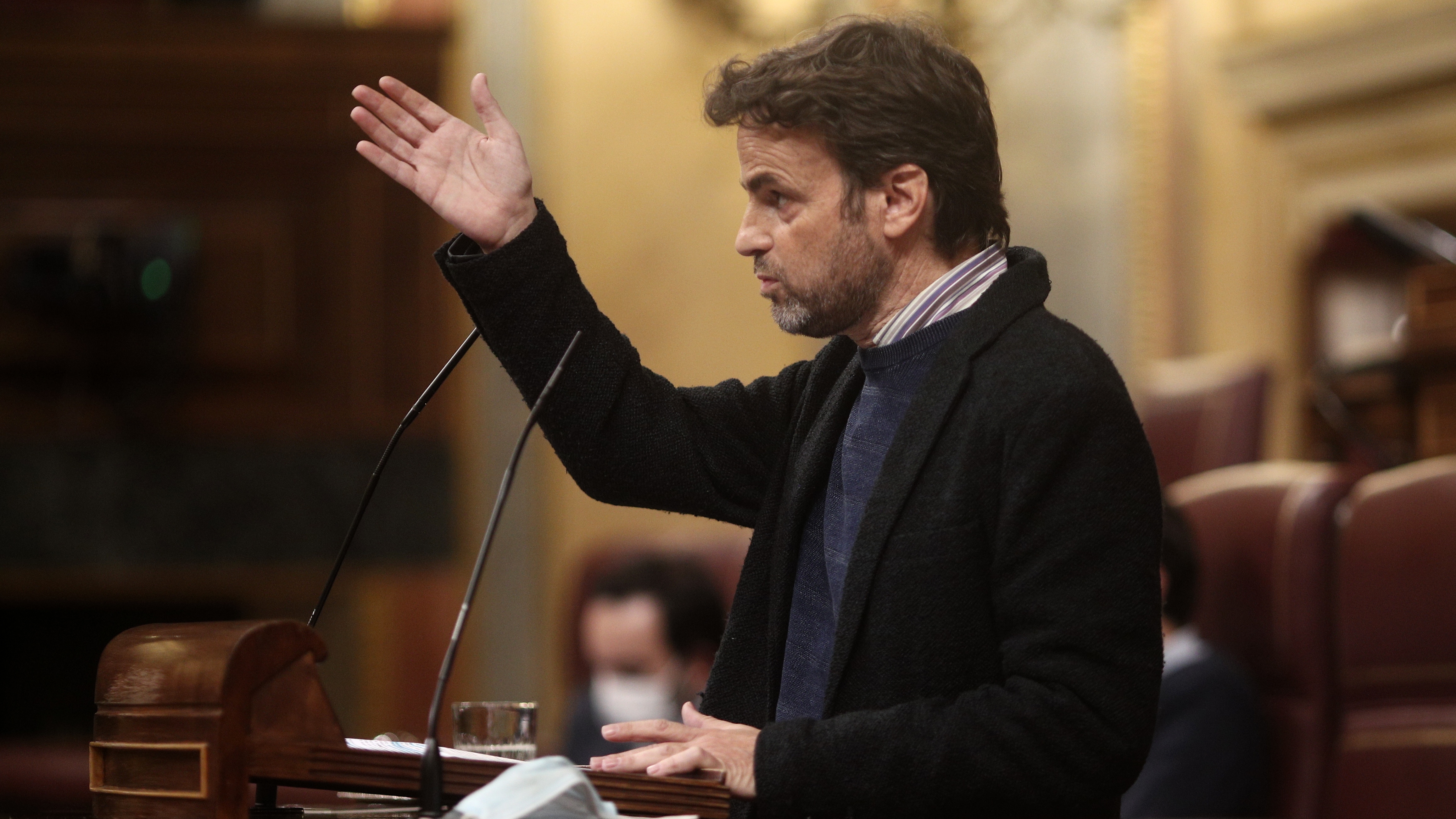 Without the use of arms there is no crime of sedition. This is the main argument of the draft bill to reform the Penal Code that Unidas Podemos, one of the two partners of the Government, has sent to the Ministry of Justice as a proposal to modify the crime of sedition. If this proposal goes ahead, the Supreme Court would have to release the nine leaders of the process Catalan independentist sentenced to prison, since the main sentence for sedition would be annulled, according to legal sources.

The Government intends to modify the Penal Code to “adapt” the crime of sedition to the 21st century. The Minister of Justice, Juan Carlos Campo, admitted in an interview with EL PAÍS published on Monday that “without the ruling of the process“The Executive would not have considered modifying a crime that it considers” anachronistic “and that is punished with” excessive “penalties.

The Catalan leaders convicted of the independence challenge that led to the illegal referendum on October 1 have been in prison for three years – although for several months they enjoyed daily trips to work, volunteer or take care of relatives – and there are various initiatives underway to achieve their success. release. The ministry is processing the request for pardons for prisoners and, at the same time, is drafting a reform of the Penal Code on the crime of sedition. This modification will lead, at the very least, to lower the punishment of the Supreme Court and, therefore, to reduce the stay in prison.

Unidos Podemos wants the Government to accelerate this legal reform and has sent a document with its proposal to rewrite Article 544, because it understands that the current text may give rise to extensive interpretations “by not considering in its definition the requirement of violence or the threat of violence ”.

The new definition, in the United We Can proposal, expressly establishes that requirement of “illegitimate use of direct physical force on people.” And furthermore, in a second section of article 544, it establishes: “For physical force or serious intimidation to be considered adequate for the purposes of the previous section [sobre el delito de sedición] the rebels must use weapons or other dangerous means capable of putting people’s lives at serious risk or causing serious injuries ”.

With this definition, explain several jurists consulted by EL PAÍS, the crime of sedition could not be attributed to the leaders of the process because they did not use weapons. That would mean that they could only be sentenced for embezzlement of public funds and not for sedition.

The draft of Unidos Podemos states in its sole transitory provision: “The judge or sentencing court will review ex officio the final convictions issued before the entry into force of this Law, in accordance with the provisions of article 2.2 of the Code Penal”. This article clarifies that “those criminal laws that favor the defendant will have retroactive effect, even if when entering into force a final sentence had been passed and the subject was serving a sentence.”

The application of this article of the Penal Code, if the legal reform proposed by United Podemos were to come into force, it would automatically mean the release of the prisoners of 1-O, because with the sentence they have served – three years – they would have already covered the part of the conviction for embezzlement that corresponds to them, while the conviction for sedition would be automatically annulled.

United We can point out that the human rights defender organization Amnesty International has asked Spain to review the definition of the criminal type of sedition “to guarantee that acts of peaceful civil disobedience are not unduly criminalized, nor does it impose disproportionate penalties for actions related to the exercise of freedom of expression and peaceful assembly ”.

Jaume Asens, president of the United We Can parliamentary group, insisted on this proposal on Tuesday to allow the independence prisoners to be released from jail and reproached the Minister of Justice, Juan Carlos Campo, for his slowness in addressing the legal reforms necessary to make it possible. . Asens revealed in Congress that his group sent the minister the proposal for a legal reform of the Penal Code to lower the penalties for crimes of sedition, and lamented: “He has not even responded to us.”

Although he did not directly cite the pardons, another possibility for the inmates of the process are released, Asens stressed that “the Catalan elections [previstas para el próximo 14 de febrero] they have to be held normally ”, without the“ anomaly that there are imprisoned pro-independence leaders ”.

Change to free the prisoners from the ‘procés’

Article 544 of the current Penal Code. “The criminals of sedition are those who, without being included in the crime of rebellion, publicly and tumultuously rise up to prevent, by force or outside the legal channels, the application of the Laws or any authority, official corporation or public official, the legitimate exercise of their functions or the fulfillment of their agreements, or of the administrative or judicial resolutions ”.

New wording of 544 proposed by Podemos. “1. Prisoners of sedition are those who rise up violently and publicly to prevent, as a direct effect of the illegitimate use of direct physical force on persons or as a mediate effect of a serious intimidation capable of breaking the will of the competent authorities, the application of the norms or judicial resolutions or the legitimate exercise of administrative or judicial powers, seriously disturbing public order. 2. For physical force or serious intimidation to be considered adequate for the purposes of the previous section, the rebels must make use of weapons or other dangerous means capable of seriously endangering people’s lives or causing serious injuries ” .

No jail time for pickets

The reform of the Penal Code proposed by United We can decriminalize the activity of the strike information pickets. The proposal considers that article 315.3 of the Penal Code should be suppressed because it is contrary to “the fundamental guarantees of the constitutional system”. “The prohibition and sanction of information and dissemination activities by workers affects the essential core of the right to strike,” he says. The section that Unidos Podemos wants to suppress sets up to three years in prison for those who “acting in a group or individually but in agreement with others, coerce other people to start or continue a strike.”