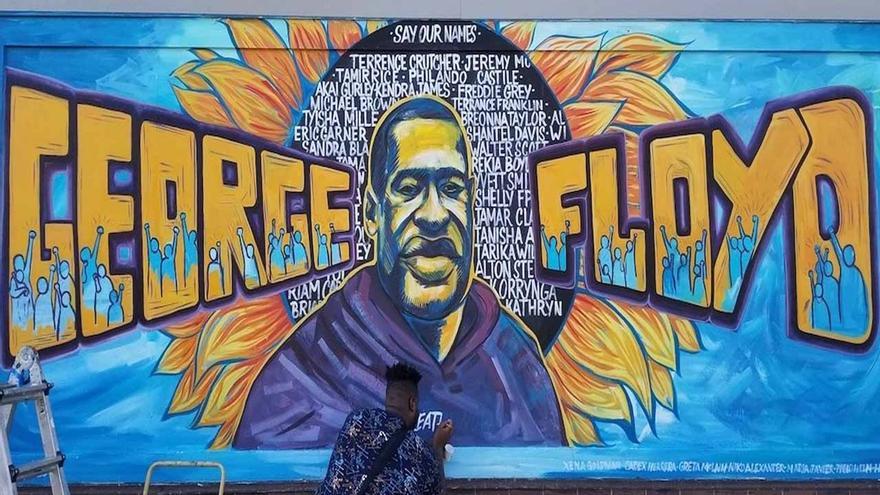 “Guilty, guilty, guilty “. The United States, and especially the black community, excitedly repeat like a liberating mantra the three convictions that a 12-member jury handed down Tuesday against former Minneapolis police officer Derek Chauvin for the May 25 murder of George Floyd. , the black man whose case unleashed the country’s largest wave of civil rights protests on decades. Virtually no one, however, breathes a sigh of relief. The police racism is still identified as a systemic problem In the US, actions taken not only in particular and irrefutable cases or in the courts are known to be necessary, although at least this particular case has served to reactivate that examination and revitalize the debate on potential reforms of the police and criminal system.

On the same Tuesday, hours after the verdict, the president Joe Biden identified in a speech to the country the resolution of the case as a potential “giant step towards justice in the US” but he also recognized that sentencing was a decision “Too unusual”. The president also assured that the obligation now is “stand up to structural racism and to the racial disparities that exist in the way of protecting citizens and, more generally, in the penal system ”. “We can’t stop here,” Biden said, “it’s insufficient”.

For now, with legislative initiatives still in the making in the Democratic-controlled Congress, and in different phases in the municipalities and states where reviews have been undertaken, the process begins with a focus on Mineapolis. This Wednesday the attorney general, Merrick Garland, has announced that the Justice Department has opened a civil investigation of the police force of the city that will try to determine if it displays “unconstitutional patterns and practices”Both in actions with racial minority suspects and with protesters, who were harshly repressed in last year’s demonstrations.

If they find violations of the law, these investigations could end not only in a public report but also in an agreement, ratified and supervised by the courts, which would force the Minneapolis Police Department to reforms. These types of pacts are not new but Garland approved just last Friday to re-implement them, annulling a mandate adopted byr Donald Trump que limited its use in cases of police responsibility.

On paper they are promising steps but experience also explains that Garland’s announcement is received with skepticism. In Chicago in 2017, for example, the police signed one of those agreements following a federal investigation into the murder of black teenager Laquan McDonald in 2014, a death whose real circumstances were hidden for more than a year. Activists and experts denounce that the reforms in training and police actions that should have been put into practice have not arrived. And the death at the hands of the police last month of Adam Lorenzo, a 13-year-old Hispanic, recalled the reason for the criticism.

The feeling is also widespread that the resolution of the case against Chauvin, which has been “Segregated” into a maximum security unit on the prison Oak Park Heights, where he awaits his sentence in eight weeks, is one more exception than the new rule. As Biden also pointed out on Tuesday, what happened on May 25 was “a murder in broad daylight”. It was recorded by a teenage girl in a video which picked up Floyd’s torturous stoppage for nine minutes and 29 seconds and allowed dismantle the insulting and false official initial version, in which it was simply said that the agents who arrested Floyd, after handcuffing him, “realized that seemed to suffer from medical problems“And it was said that” at no time no one used weapons of any kind”. And in the trial, in addition, there has been the anomaly that police leaders testify against another uniformed man. Biden also said it: “it took all that for the judicial system to offer a simple, basic, accountability”.

The ex-president Barack Obama also issued a statement after the verdict, which it described as “a necessary step on the road to progress but far from one enough”. Obama asked to recognize that “millions (…) live with afraid that his next meeting with law enforcement officials may be the last. ” And his words echoed remembering the death, during the Chauvin trial, of Daunte Wright in a suburb of Minneapolis, and took on a special dimension when it was known that, shortly before the verdict was issued, a white policeman from Columbus (Ohio) killed a 16-year-old black teenager who was involved in a fight with a knife with four shots.