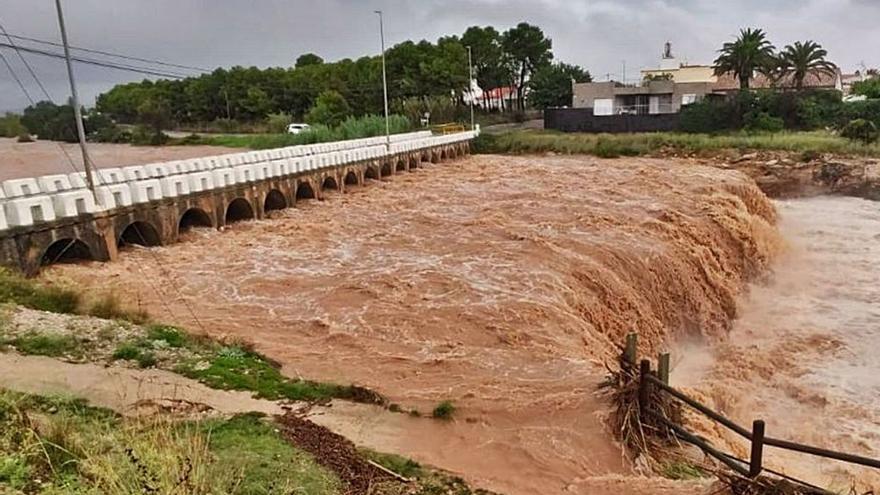 According to the experts, the two great dangers for the population would be the poor condition of the former, with runaway vegetation and reeds that collapse the riverbeds, and the buried threat posed by those old riverbeds today converted into streets, gardens or even buildings.

Alicante is the most vulnerable province in the Valencian territory, only in the Vega Baja one hundred thousand people live with this problem-, but the last torrential rains have also left areas very affected by rain in the interior and north of the province of Castelló such as Vinaròs.

“Every time there is an alert of possible torrential rains, it is very important to warn the population that they live in flooded areas of the danger they are in. In most cases it is advisable to avoid these areas”, explains Samuel Biener, geographer and specialist in meteorology from the Meteored portal.

Biener considers that the old ravines, boulevards and rivers that disappeared under uncontrolled urbanization have left an important map of scenarios with a clear threat to people.

“Many times we are not aware of the large number of urbanized floodplains that exist, especially in coastal areas,” says the specialist, who recalls that many boulevards, ponds or marshes have disappeared victims of the predatory action of brick.

The recent episode in Vinaròs, Benicarló and the south of the province of Tarragona has also left innumerable examples of poorly planned urban planning.

“They are spaces located below the level of evil that become unpredictable with large amounts of water. Sometimes it is not even necessary to reach 200 liters of a DANA, but with 50 or 60 liters in half an hour it already collapses the sewerage network “, says Biener, with constant examples, for example, in the Marítim de València area or the Saladar de Dénia area.

But the danger also lurks in those natural areas that do not present adequate care. Autumn is approaching and many experts point out that the risk of cold-drop flooding is very high. The Asaja agrarian union has raised the alarm about the “neglect and absolute abandonment” of the last stretch of the Segura at its mouth, where the reeds, brush and mud completely plug the old stretch of the river.

The farmers denounce that the Segura Hydrographic Confederation (CHS) has not contemplated a single action or budget for the maintenance of what is the natural emergency exit of the waters of the Vega Baja and the river, where six hazards drain.

Given the arrival of unstable weather in the area and the warming of the Mediterranean water at this time, Asaja warns of a human and material disaster as serious as the one that occurred during the torrential rains of DANA in 2019, where there were six human losses . In many localities, the proliferation of reed beds in streams, ravines and boulevards has become an added danger in recent years.

Reeds are an invasive plant species that, in the event of torrential rains, act as dikes for all the waste that ends up being deposited in the riverbeds. “They become a natural plug of ravines and boulevards that blocks the passage of water in bridges and canalizations, which gives rise to floods and floods. Both the garbage -from mattresses to refrigerators to armchairs- as the biomass and necromass of the exotic species become the true risk of the floods that we suffer in this very steep province “, explains the expert Ana Campo.

Cane was introduced for its utilities in agriculture and construction. But with the emergence of new materials in the market, it has ceased to be used, thus promoting its proliferation in riverbeds and boulevards.

“A problem that has arisen to which is added that the Administration is hardly investing money in the restoration of the ravines and that it is increasingly difficult to find specialized personnel in these tasks,” he adds.