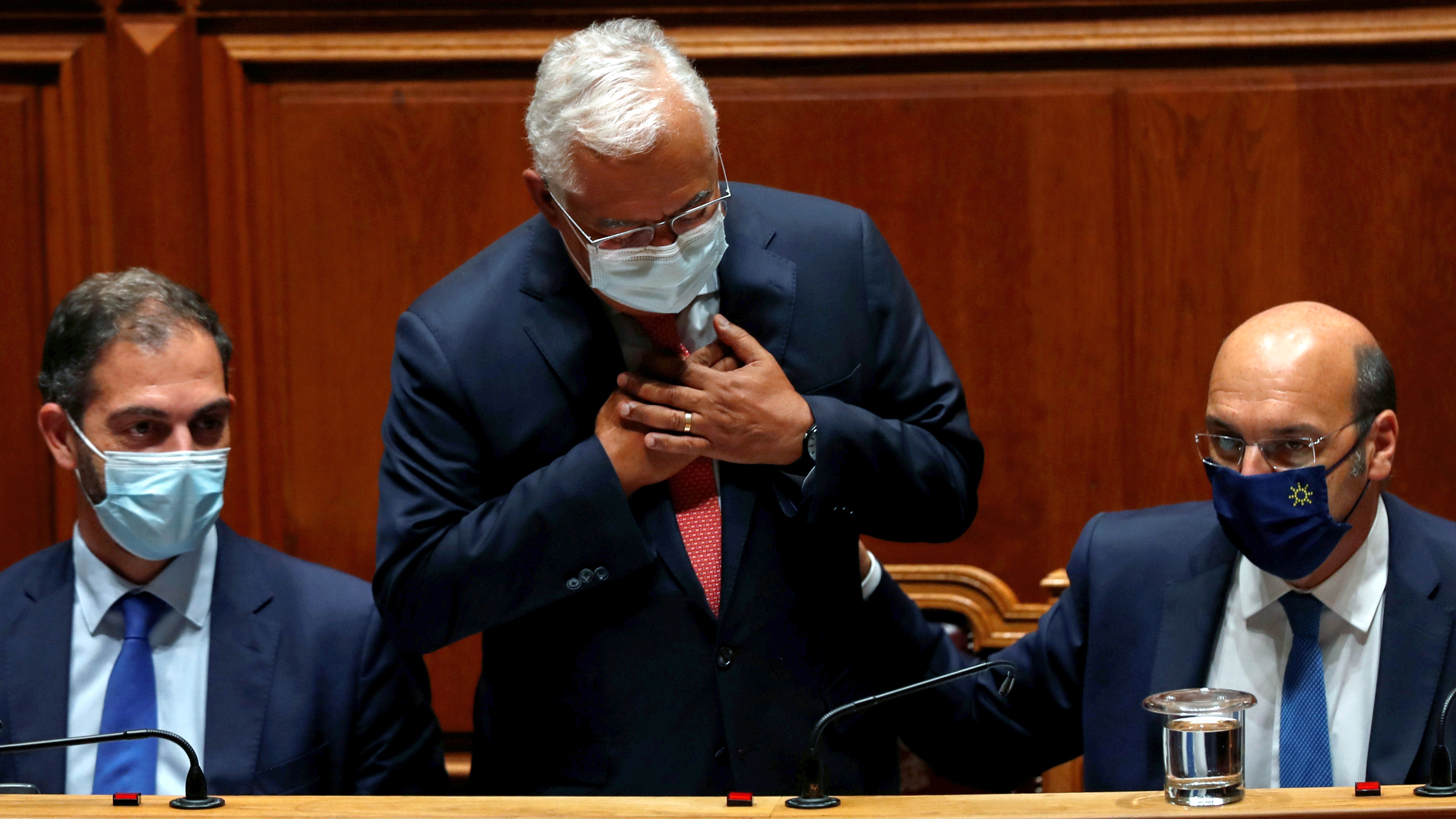 The first step towards the early elections in Portugal has been taken this afternoon in the Assembly of the Republic, where the State Budgets for 2022 were overthrown with the rejection of the right and the left. The prime minister, António Costa, only managed to add five abstentions to the 108 affirmative votes of the socialist group, insufficient compared to the 117 negative votes of the opposition, a heterogeneous set of seven formations that included the Bloco de Esquerda (BE) and the Communist Party of Portugal (PCP), former allies of Costa, to the extreme right of Chega. Finally, there were no leaks in the ranks of the Social Democratic Party (PSD, center-right, main opposition force), whose 79 deputies voted against, including the three Madeira parliamentarians, who on Tuesday offered to negotiate their support for the Government in exchange for measures for the autonomous region.

In his last speech in the Chamber before the vote, Costa appeared with “a clear conscience” considering that he had done “everything” in his power to try to carry out the budgets. In a last attempt to convince his former partners, he asked them not to join the right wing, which he accused of having been absent and of not yet being “an alternative to govern the country.” Despite the latest appeal, the prime minister assumed that he was about to suffer a historical setback – it is the first time in Portugal that a budget has been defeated in Parliament – and acknowledged that he experiences the rejection of his former partners as “a personal defeat. ”.

“I was born on the left, I was raised on the left and the left is my family. I believe that it has what is essential to build the future and that it is not condemned to protest ”, she defended before censoring the political effects that the vote will have. “The last thing Portugal needs is this crisis and in these circumstances,” he lamented. But already thinking about the polls, he asked for “a reinforced majority” to all voters in the lowonça, the left-wing pact inaugurated in 2015.

It will now be the President of the Republic, Marcelo Rebelo de Sousa, who must decide whether to dissolve Parliament and call elections or allow the continuity of the Government of António Costa, politically weakened by the defeat of this Wednesday and economically bound by the prohibition that the monthly expenditure in 2022 exceeds one twelfth of the budget executed in 2021. Despite this, Costa has stated that he will not resign due to responsibility. And the same parties of the left that have knocked down their budgets have expressed their rejection of the electoral call and have defended that the Socialist Executive be allowed time to draw up a new budget.

All the statements made by Rebelo de Sousa so far point to the electoral advance, although before making a decision, he will hold a round of consultations with parties, social agents and the Council of State. The contacts will begin this Wednesday with the Prime Minister and the President of the Assembly of the Republic, Eduardo Ferro Rodrigues. Since the Chamber dissolves, the law requires elections to be held between 55 and 60 days later. If Rebelo de Sousa approves the dissolution next week, the campaign and the elections would fall squarely in the Christmas holidays. Rebelo de Sousa refused to reveal what his final decision will be and considered “a lost time” the period that the country goes without public accounts. “I would prefer that there were state budgets, but the sovereign decision is of the Assembly,” he commented.

Perhaps the headline that best summarizes the stupor in the face of a political crisis that almost no one glimpsed a month ago was given on Tuesday by Inês Sousa Real, the leader of Pessoas-Animais-Natureza (PAN), the only formation that abstained along with two deputies did not ascribed: “Joining a budget crisis to an unprecedented health crisis is most irresponsible, and has real consequences for people’s lives and for the future of the country.” Her vehemence in defending the budget was reciprocated with similar energy from the Socialist bench, who interrupted her with applause on several occasions. “Opposing is not just being against it,” he proclaimed.

This Wednesday’s session found how little edifying divorces are. After six years of complicity between the left, the most bitter reproaches were exchanged between socialists and blocists, between whom the distance has been widening since 2019. If the socialist parliamentary leader, Ana Catarina Mendes, accused the BE of falsifying and lying in her account of In the budget negotiations, the head of the Bloco’s parliamentary group, Pedro Filipe Soares, criticized the “arrogance” of the government, which he accused of allowing a political crisis to maintain the labor measures adopted by the troika. “These budgets have nothing on the left,” snapped the Bloco leader, Catarina Martins, who reproached Costa for not having brought anything new to the parliamentary debate and blamed him for the end of the left-wing pact. “The lowonça he died from the obsession for the absolute majority ”, he affirmed before listing all the deficiencies in social and labor matters of the socialist budget.

In his speech, the leader of the PSD, Rui Rio, described a bleak economic outlook and accused the Government of being “from the beginning of the pandemic waiting for the European miracle.” His intervention focused mainly on the “wrong” economic model of the socialists, whom he criticized for their “dependence on the radical left.”

Fight for power in the center right

The crisis that was not seen coming has dislodged almost the entire political class, which reluctantly faces an electoral appointment in the middle of the legislature. In this shaky ground, the President of the Republic, the former conservative leader Marcelo Rebelo de Sousa, has been questioned for receiving in audience on Tuesday the candidate to lead the PSD, MEP Paulo Rangel.

Rui Rio, current president of the center-right party and candidate for re-election, censured this meeting, which was reported to the press: “I have the utmost respect for the President of the Republic, but it is not minimally acceptable for the head of state to receive a potential candidate ”. And he added: “If they had dealt with the legislative and PSD primaries, we would be conditioning the country to the primaries of one party.”

The internal vote of the PSD is scheduled for December 4, which would force the formation to attend a strange coexistence between two candidates (Rio and Rangel) who would have to carry out two campaigns at the same time, the internal one for the leadership and the external to dispute the victory to the Socialist Party. If the congressional calendar set for January is not modified, the Portuguese elections could be held before the PSD, the alternative to the Costa government, elects its new leadership.

To avoid this, Paulo Rangel has gathered signatures that demand an extraordinary national council to bring forward to December the renewal of the party’s leadership, which will be decided in a congress between January 14 and 16. The electoral calendar of the PSD was already the reason for confrontation between Rio and Rangel before the national political crisis took away the forecasts of each party. The right wing of the CDS, a natural partner of the PSD with which it has formalized pre-electoral coalitions in the last municipal elections, is also in turmoil trying to elect its new leader.