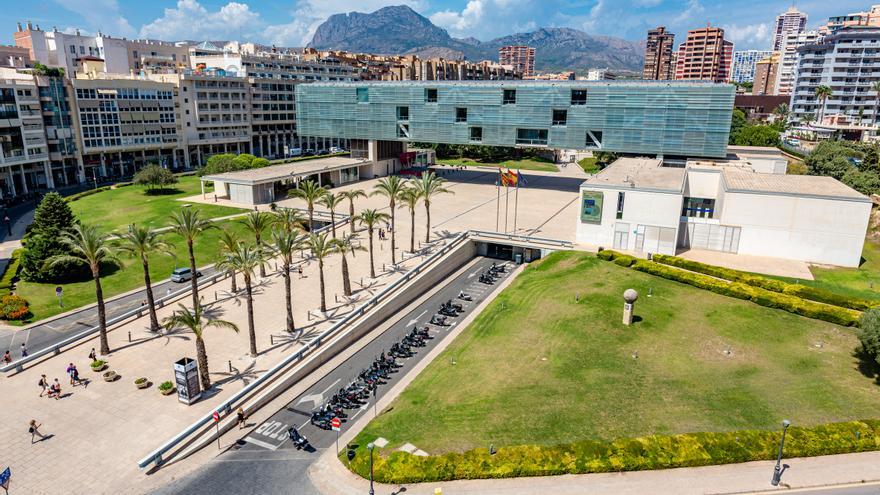 The Síndic de Greuges of the Generalitat Valenciana has decreed the closure of three files initiated after three complaints presented to this body by the spokesman for the municipal group Ciudadanos, Juan Balastegui. This was reported this Monday at the Local Government Board (JGL), in which these resolutions have been reported, and this has been communicated by the PP government. The spokeswoman for the popular, Lourdes Caselles, indicated that the Ombudsman considers in his resolutions that the Benidorm City Council has already provided the information that had been required and that, therefore, “Citizens’ complaints have no basis, justification or basis ”.

But the orange formation differs from the reasons. Thus, they pointed out that “the three complaints have been closed after the Sindic has reproached the city council for its lack of transparency when providing files and information to Cs.”

The local government has explained in a statement that the first of the resolutions, on a file started in January of last year, referred to alleged breaches of the Valencian Law 12/2018 on institutional advertising. In this regard, the Síndic had asked the City Council to send him a report stating whether he accepted the considerations made by the body itself. Once the municipal report had been sent, the Síndic notified on January 7, the closure of the investigations “since the City Council had accepted the resolution issued last May by the Generalitat’s own body” Caselles recalled. Cs recalled that the complaint about institutional advertising was processed in February 2021. It led to the inaugural Plaque of the Séquia Mare park having to be removed where the figure of Mayor Toni Pérez was advertised in breach of the advertising law of the Valencian Community ” Balastegui added that Caselles “can pick up the plaque whenever he wants in our office.”

Also Read  The murderer, shouting: "I already gave all the details to the Civil Guard. I did not kill Marta!"

That same day the second resolution also arrived, regarding the debt that the Aiser company maintains with the City Council. In this case, the Síndic de Greuges proceeds to close the file upon verifying that the Consistory “has already provided the information on said payment”, as reflected in the aforementioned resolution. But Cs indicated that he agreed with the Cs group because the popular government “had not responded in a timely manner to the repeated requests of the Cs group to clarify the situation of the company with the City Council, which reflects that the City Council is the one who owes money to the company that should carry out the parking lot for Jaime I”.

The PP spokeswoman added that “the political groups have all the technicians at their disposal to respond to any file or question. They had already been invited in informative commissions to go to the Contracting department, but they decided to go to the Ombudsman, who has closed the file”.

Finally, the third resolution, dated January 12 of this year, refers to the request of the Cs spokesperson for information on weekly analyzes to control the presence of Covid 19 in wastewater. At this point, the Síndic has determined the closure of the file with a similar argument “since the Benidorm City Council has provided the information on the weekly analytics”. But the version of Cs differs again: “it has closed the complaint regarding the information on wastewater after requiring the Benidorm city council to provide the analytics that Cs requested in a timely manner.” They add that “once again the Sindic slapped the Benidorm city council for not meeting the deadlines stipulated for the delivery of information, this complaint as well as the Advertising complaint have been closed after the City Council Secretary accepted the Sindic’s recommendations.

Also Read  Why are we Dantesque? | Babelia

However, Caselles stated that the body’s resolutions show that “the Ciudadanos group misuses complaints and uses this body for what it is not. As has been shown with the closure of the files, the City Council has complied and has provided timely information to everything they ask. The mayor has concluded by reiterating that the Ombudsman has verified that the Ciudadanos group “presents its complaints without foundation, justification or reasoning” and has reminded them that “this government does provide timely information because it has the doors of offices and technicians open to any query.”

For his part, Cs added that all this is an “example of the lack of transparency of the popular government in this matter is that today there are more than three requests presented by the Registry three months ago, one referring to personnel who have not been answered “. The spokesman for Cs, Juan Balastegui, added that “the popular spokesperson will have to explain why she has lied in a matter that is dismantled with the Síndic’s documents.”