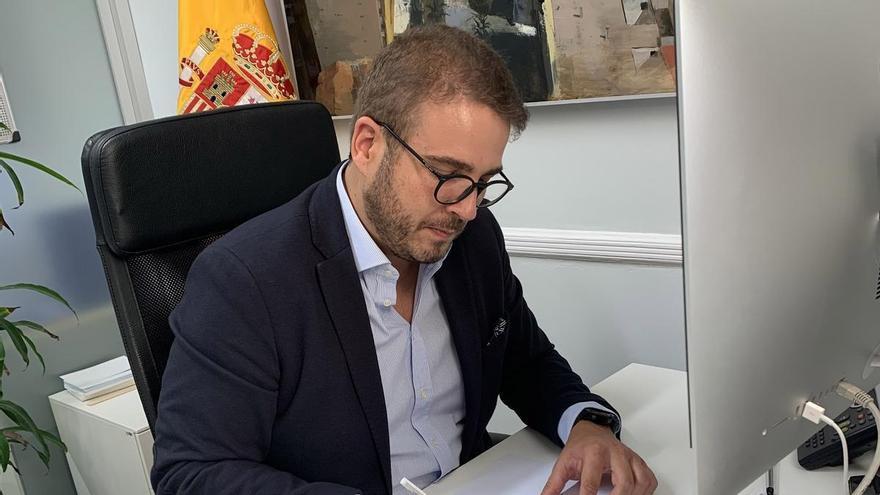 The spokesman for the government team, Adrián Ballester, stressed that “never in the history of the Alicante Provincial Council has so much money been made available to our municipalities through transfers that directly result in the well-being of the citizens of the province and that reach all populations ”. As specified, To the ordinary budgets promoted by the institution in 2020 and 2021, which collect 90 and 102 million euros, respectively, in direct injections to the municipalities, is added the investment that, in an extraordinary way, has activated the Alicante corporation to support the municipalities in matters such as water, infrastructure, environment, sports or social welfare, and meet the social and economic needs of covid-19.

In this sense, Ballester has added that, through the municipalities, the Alicante Provincial Council has mobilized more than 50 million euros in direct aid against the covid in the last twelve months. Thus, in the past year, six million euros were transferred, in an extraordinary way and thanks to the remainder, for social spending and another six to support the self-employed, SMEs and micro-SMEs, increasing this year both items to nine million euros – 9,769,550 in the call for social spending – in order to meet the increasing demands of the municipalities, which were also provided in the first months masks with an investment of 200,000 euros.

In addition, the provincial institution has added 14.7 million euros to the Resistir Plan to support the hospitality and leisure sectors and will mobilize in the coming months, thanks to the remnants of the Costa Blanca Board of Trustees, another six million euros in economic aid to productive tourist sectors in order to minimize the impact of the pandemic.

On the other hand, the government team, made up of the Popular Party and Citizens, has opted for the implementation of large investment plans in the municipalities of the province in order to guarantee the provision of services and promote the development of infrastructures and facilities in the municipalities.

Within this framework, the Planifica Plan stands out, with 71 million euros, the largest investment plan promoted by the provincial institution to date and which includes funds for the 141 municipalities of the province. Its objectives are to improve the management and execution of works and impose greater transparency in the distribution of aid and will favor these four years, as highlighted by the Deputy for Infrastructure, Javier Gutiérrez, create more than 5,000 direct jobs and a thousand technical services.

Javier Gutiérrez has clarified that the Infrastructure plans of the Provincial Council “were unanimously approved in all their terms, including the execution deadlines, with the support of PSOE and Compromís, and in both cases all the steps are being scrupulously carried out without delay” .

On Planifica, he has guaranteed that from the Provincial Council It will be ensured that all the works committed are carried out and he recalled that “he still has two years to go. It is a four-year plan that is in its first phase of receiving projects and that provides a solution to the problems that the Provincial Council had been dragging on to finish the unfinished works because they were out of time ”. According to the deputy, currently the 2019 works projects are being drafted and those included in Planifica are going to be contracted this year so that they can be executed in the next two years, 2022 and 2023. “We are talking about almost 300 projects compared to about 50 that were managed with previous works plans, which means that the volume of work is much higher ”, Gutiérrez assured.

As for + Cerca, the head of Infrastructure has stated that “it is the alternative to the Cooperation Fund, better endowed, with a total of 29 million for two years, 14.5 per year compared to the 13.7 of the Fund.” According to Gutiérrez, the municipalities have requested that most of the aid, more than 25 million, be for investments and only 4 million be allocated to current spending. “The administrations have made it clear that they trust that the investments financed by the Provincial Council are paid and our commitments are fulfilled, even making an effort to recover works after the deadline.” For his part, Ballester, who has stressed that this program gives the councils greater autonomy and freedom to choose the destination of aid and prioritizes the distribution to smaller towns, introducing for the first time the criterion of depopulation.

In an extraordinary way, the institution will also reinforce this year with more than 51 million euros the budget that will reach the municipalities thanks to the remnants through areas such as Water, Culture, Environment or Sports. This is the case of + Deporte, a ten million euro program for the construction, expansion or improvement of sports facilities and the renovation of artificial turf football pitches, an item that will absorb three million euros.

The ordinary budget for Culture, of 20.6 million euros, will be increased by another 3.8 million euros to reinforce, mainly, the aid destined to municipalities and cultural sectors in order to promote projects that help to boost one of the areas that have been most affected by the pandemic. The Water Cycle area has also seen its initial item increased, of 10.5 million euros, by another five million euros.

On the other hand, it is worth mentioning the game that the Environment area has launched to provide all the towns in the province with electric vehicles. To this end, a call of 2,751,000 euros was registered in 2020, which this year was completed with another of two million euros in order to cover all applications. It will also reinforce the investment in municipal roads with 2.3 million euros.

Finally, the commitment of the Diputación de Alicante to provide support and assistance to town halls, especially when they need it most, has also been reflected in the line of aid directed to town halls affected by DANA that the Mazón team activated with a item of 7.6 million euros.