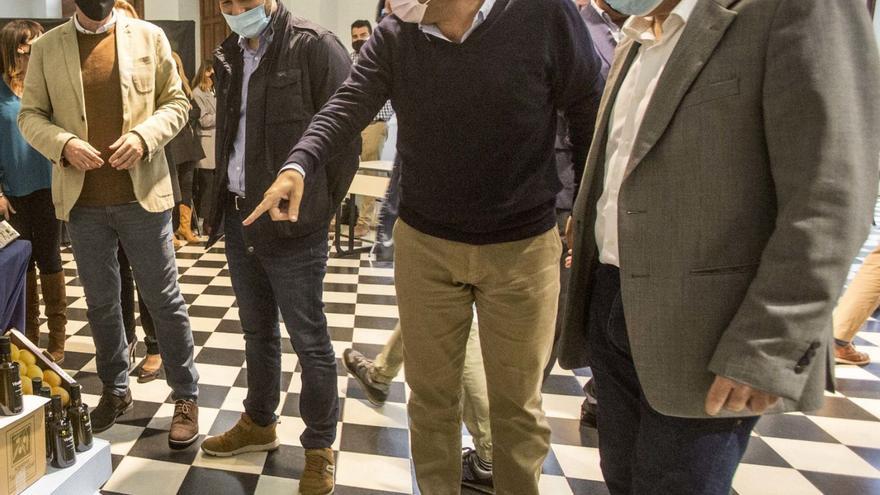 What the pandemic has brought together may not be separated by discrepancies. That seems to be the maxim that the president of the Alicante Provincial Council, the popular Carlos Mazón, has proposed himself, ready to reissue the historic agreement of last year when all the opposition, PSOE and Compromís, abstained in full accounts and, for the first time since 2014, they were passed without a vote against. Mazón made it clear during the presentation of the budgets this Wednesday, when he quoted the word “agreement” on up to five occasions and was quite optimistic in its materialization. His partner, Cs, also sees it as feasible. However, Mazón is aware that the current scenario is different from that of a year ago, when the pandemic was shaking with virulence and the “pandemic” spirit led groups with representation in municipalities and councils to that in most cases do not put sticks in the wheels when it comes to approving the accounts. To this is added that now Carlos Mazón is the leader of the PPCV, and, therefore, the head of the main opposition party to Botànic. And this is something that the left is not letting go by and, therefore, both Compromís and the PSOE are pressing with a series of proposals that give Mazón where it hurts the most: a greater collaboration of the Diputación with the Consell.

The Socialists want to condition their abstention or support for the 2022 accounts to the fact that the Diputación joins the Municipal Cooperation Fund of the Generalitat, one of the main workhorses of PP and Cs, which govern in the provincial institution, and which they flatly refuse to join, while Compromís wants a three-party agreement in which some regional councils are also to co-finance a series of projects that the Valencian formation prefers not to reveal for the moment. In short, to force Mazón to reach agreements with the Consell, despite the recurring criticisms of the Alicante towards the regional Executive. However, and despite the conditions that it sets, the only deputy of the Valencian formation, Gerard Fullana, shows, for the third consecutive year, his willingness to agree on the accounts and asks the PP for the same collaborative attitude in the Cortes. For now, PP and Cs have reached a minimum agreement with Compromís by including requests such as more social assistance.

The Valencianists recognize that an agreement with PP and Cs does not give them electoral revenue, it benefits Carlos Mazón more, who wants to maintain an image that values ​​his conciliatory and consensual disposition, capable of reaching agreements with those who are in ideological antipodes of the PP. A goal was scored two years ago with a historic agreement for Compromís to abstain in the budgets, the first with Mazón at the head of the Diputación, which the PSOE did not join – who voted against – and managed to get the Socialists to join They will join a pact in the last accounts, those of 2021, to abstain together with the Fullana formation. The head of the PP is aware that his electoral future involves reaching agreements with other formations if he wants to get to sit in the presidential chair of the Palau, so he does not want to detach himself from that image of a man of consensus.

However, convincing the group led by Toni Francés not to vote against the budgets for the second year is getting complicated. Mazón does not want to go beyond the line of joining the Municipal Cooperation Fund required by the Socialists, despite the Generalitat law that will force the councils to co-finance it as of 2023. The PSOE has already received the first refusal of this proposal by part of the PP and Cs that, however, have decided to include in the accounts, or through treasury surpluses, other proposals that the Socialists have transferred to them so far.

For its part, from Cs, along the lines of its partner, the PP, are optimistic about the possibilities of reissuing the pact in the 2021 accounts. For the orange formation, most of the proposals that have been put on the table by Compromís and PSOE are “logical” and “negotiable.”

Two weeks to negotiate before the plenary session on December 15

The groups with representation in the Provincial Council have two weeks to negotiate. In fact, next week PSOE and Compromís will sit down with PP and Cs to negotiate, separately, the inclusion of their proposals in the accounts. The plenary session is scheduled for December 15, and that is when it will be known what they decide.