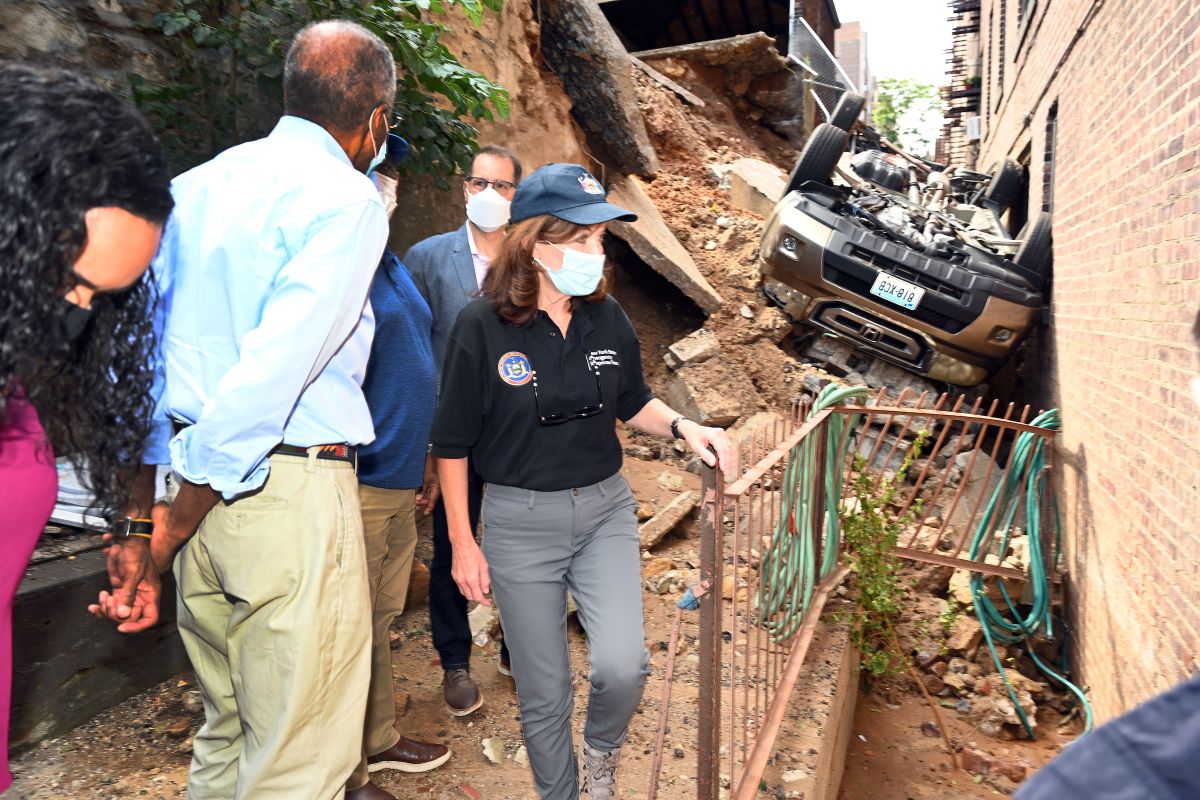 New York.- The governor of New York, Kathy Hochul, reported this afternoon that the damage to public infrastructure and property caused by the passage of Ida amounts to more than 50 million dollars, according to a preliminary report.

Hochul, who signed a swift emergency declaration to streamline funding for natural disaster relief, told a news conference that 1,200 homes were destroyed. The official was very heartfelt when describing her tours of the flooded areas.

“New Yorkers are still recovering from the damage in our Southwest communities, and this application that I signed and sent to President (Joe) Biden can secure financial resources for those who suffered unimaginable devastation as a result of the storm,” he said.

“I have seen the anguish and pain of these families first hand, and I promise not to forget them and to make sure they get the resources they need to recover,” he added.

He acknowledged that “there are still many questions to be answered” but that at the moment the most important thing is that all the victims have access to the necessary help so that they can get back on their feet. “We have many people in temporary homes, hotels,” he said.

The governor also mentioned that she was preparing for the visit that President Biden will make on Tuesday 7. The president wants to see on the ground the damage caused by the blows of Hurricane Ida.

Hochul said that there should be a better alert system and in several languages ​​before this type of natural phenomenon, since we face a new reality due to climate change.

For the moment, he reported that emergency teams are still on the ground assessing the damage and even delivering food to those who lost their homes.

He advocated for coordinated and joint work with the rest of local and federal authorities to identify vulnerabilities and improve contingency plans to mitigate damages in the future.

As part of the immediate assistance, he announced that New Yorkers who have been displaced, including uninsured families, are eligible to receive funds for housing assistance, as well as crisis counseling, unemployment assistance, home repairs. and legal services

To make the process easier, he launched a new online resource center at ny.gov/ida where New Yorkers can search for additional information on available assistance programs and how to access shelter and food.

Regarding the Subway situation, he said that he would give specific details later. As is public knowledge, the train system collapsed last Wednesday night. Many passengers had to be rescued because they were stranded in flooded stations.

Regarding the situation on the highways, the Department of Transportation has more than 3,150 workers operating in the reopening and safety of the roads.

For his part, Mayor Bill de Blasio was also touring Queens this afternoon, the county that was hit hardest by the torrential downpour that took the Big Apple by surprise.

The press did not have access to the mayor’s activity, but it transpired that he planned to dialogue with neighbors and business owners affected by the storm.

Ida left 13 fatalities in the city, deaths that prompted the mayor to announce new initiatives, including the creation of a new flood alert system, with special attention to those living in basements.