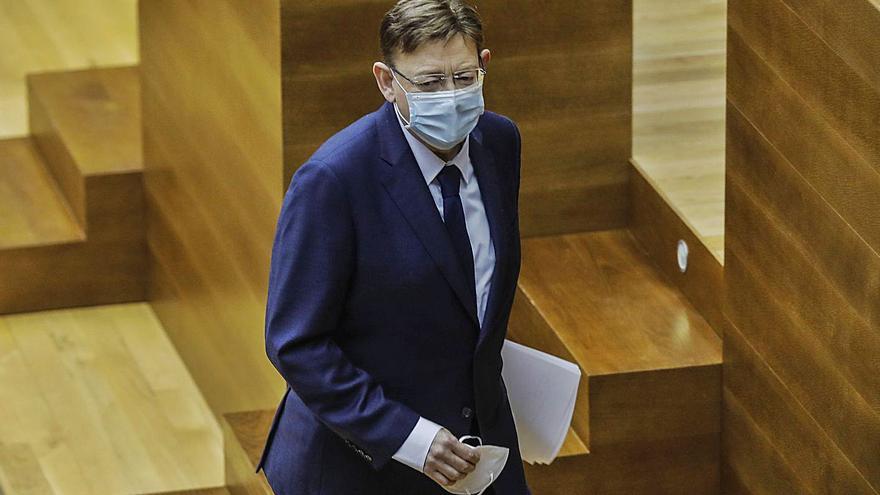 This request made to the Ministry of Participation and Transparency represents a twist to the decree that develops the law that regulates interest groups in the Valencian Community, since the current norm designates people who hold public positions as those responsible for doing record the information related to this type of meeting in a register.

The text, still pending approval, urges public employees to report to their direct manager if they have had contacts with lobbies. Your identity must also appear in the reports that reflect an activity of influence, for example, in the elaboration of laws, but in any case the norm does not oblige you to give an account of your contacts.

In fact, the lobbying law, approved more than two years ago, is designed to monitor and give transparency to the agenda of senior officials. The Presidency’s proposal to include civil servants represents a substantial change in this decree that has been stuck for months.

Sources of the Ministry that directs Rosa Perez they point out that the proposal has a complicated legal framework. The obligation and the consequent sanctioning regime for civil servants are matters that must be regulated by the Public Function Law.

Therefore, the Ministry indicates that this claim cannot be channeled through the lobbying decree. In addition, the rule would undergo a substantial change at a time in the process where all the relevant legal reports have already been prepared, including that of the Legal Advisory Council.

The interest of the Presidency to focus on the contacts of civil servants with certain groups (whether business or non-business), in this sense, is one of the three important issues that the Presidency has put on the table to give the go-ahead to a decree without which it is not possible to apply the law.

The rule was blocked for a long time in the absence of budget support. Transparency managed to unblock it after a prolonged negotiation with the Treasury and when it was about to go through the plenary session of the Consell it has encountered the problems of the Presidency of the Generalitat, which from the beginning has been suspicious of a law that it believes may hinder its government action.

Although initially both parties (Transparency and Presidency) reduced the differences to a question of fringes, in the list of observations that arise from the Palau de la Generalitat there are three questions that have nothing to do with legal technique.

These are political questions that predict that the blockade is going to last and has a difficult way out. So much so that in the department headed by Rosa Pérez, the idea that the Presidency seeks to stop the norm when the file was already closed takes hold. In this sense, they recall that, unlike other ministries, it did not raise any allegations during the procedure.

Another element of discord

The question of the civil service is not the only one of depth that has run aground the norm. The telematic channel for alerts and complaints, regulated in the second provision, is another element of contention. The Presidency wants to eliminate the guarantee of anonymity for those who want to communicate possible cases of breaches of the lobbying law and believes that confidentiality is enough. For Transparency, this represents a “setback” in terms of the protection of the complainant and alleges that European and Spanish regulations guarantee anonymity.

On the other hand, the Presidency proposes modifying the terms in which a pressure group can be expelled in a participation process. The norm, as it is written, states that the persons designated as responsible for the organization of the process can exclude those who repeatedly engage in obstructionist behaviors that impede the regular development of the activity. Presidency proposes that this expulsion request is based on the request of two lobbies and not of the conselleria.

Yesterday in the Transparency department they did not hide their discomfort about this situation. Thus, they recalled that the Government of Pedro Sanchez has promoted a bill to control lobbies and that the Valencian Community is going to lose the opportunity to be a pioneer in this area.

The Minister of Justice, Gabriela Bravo, It is committed to modernizing access to the Civil Service and “overcoming the concept of proof based on memorization”, since “it does not provide better personnel”. The councilor chaired the constitution of the working group for the reform of the selection processes that brings together ten experts. The group will be chaired by the professor of Administrative Law Miguel Sánchez Morón. Bravo spoke of an Administration that needs “new knowledge, skills and abilities.”