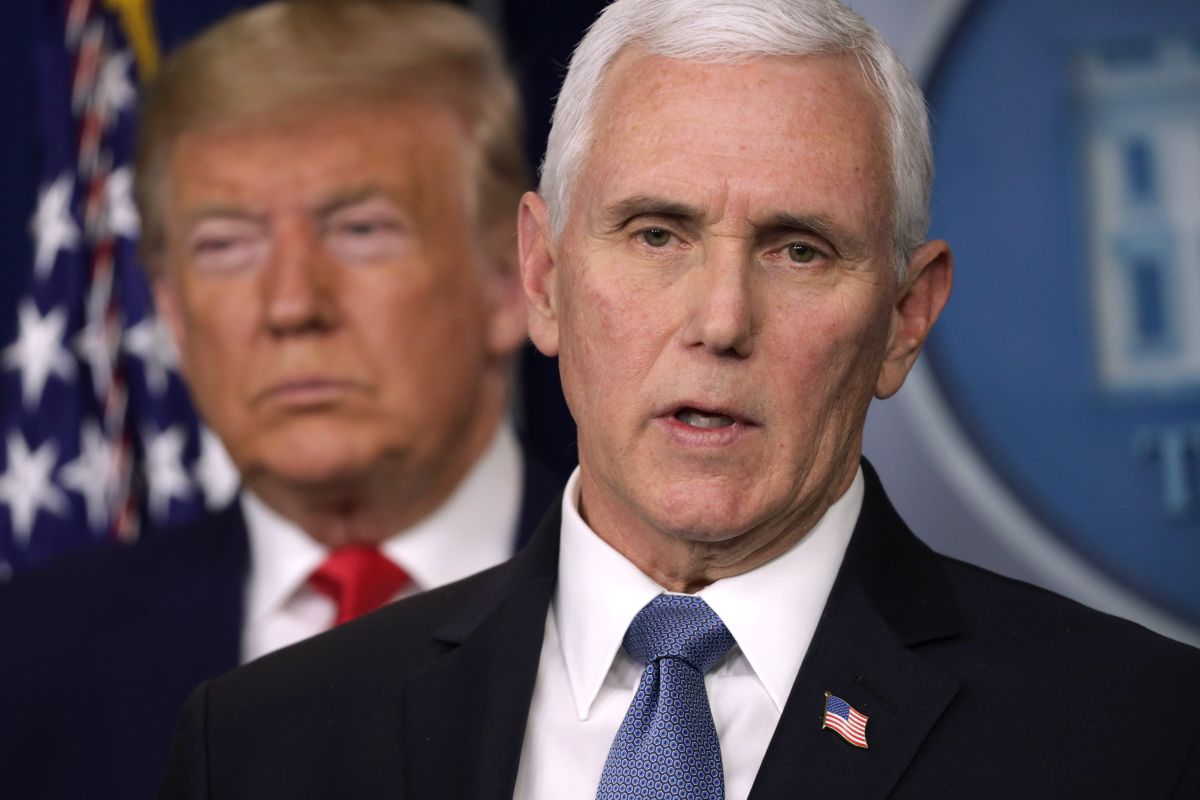 President Donald Trump He will not see the waters calm against him in the face of accusations of inciting his followers to take the Capitol with violence.

Dozens of Republicans have criticized him for allowing your MAGA movement has reached those levels of violence and extremismBut only a few congressmen have raised their hands to demand his resignation, although Democrats are pushing for a vote in the House of Representatives on impeachment articles.

The first Republican senator to join the growing movement was Lisa Murkowski (Alaska), who told the Daily News that he believed that the president had already caused a lot of damage with his ideas.

“I want you to resign. I want it out. It has caused a lot of damage “, he expressed.

“I think at this point, with only a few days to go (of the Trump administration) is the best way to go, the best way for us to put this person in the rearview mirror,” Toomey told CNN.

Toomey acknowledges that the process against President Trump would not be easy, but considers it necessary. He even considers that the president could be accused of some crimes due to the irruption of the mob in Congress.

“That could happen immediately. I’m not optimistic, but I think it would be the best way forward, ”he said of the impeachment process.

The Democrats’ plan is to submit the impeachment of President Trump to the House vote on Tuesday, according to the representative James E. Clyburn (South Carolina), who is in charge of gathering the votes of his party.

“If we are the people’s house, let’s do the people’s work and vote to impeach this president … The Senate will decide later what to do with that impeachment”said Clyburn, considered the third-highest-ranking Democrat in the House.

For an impeachment process, the House must formally impeach President Trump, as happened during the process for the Russian intervention in the 2016 elections; then the Senate has to determine whether the trial proceeds or not.

There the Republicans still have decision-making power and Lindsey Graham (South Carolina), president of the Judicial Committee, has expressed his rejection of the process, even calling on the president-elect Joe Biden to ask the Speaker of the House, Nancy Pelosi (California), stop voting. It also refers to the so-called “Squad” made up of four representatives, including Alexandria Ocasio Cortez (New York), one of the main promoters of the proceedings against the Republican.

“I ask President-elect Biden to pick up the phone to call Nancy Pelosi and the team to end the second impeachment,” Graham said on Fox News, although he has previously noted on Twitter that the plan to impeach President Trump could affect more to the country.

Ocasio Cortez criticized Graham for asking that impeachment be avoided, in addition to suggesting that “move forward” without punishment or responsibility against whoever incites, in this case President Trump.

“A Capitol cop just died,” he said. “Why are you defending this?”.

“Moving on” does not mean “forget about it,” @LindseyGrahamSC.

Attacking our nation without recourse or responsibility isn’t “moving on.” A Capitol Police officer just died. Why are you defending this? https://t.co/yTjh6ikNJs

Clyburn said that even if articles against President Trump are passed, Pelosi may decide to wait several days before sending them to the Senate, even after President-elect Biden is inaugurated.

Along with the debate in Congress, a plan on the application of Amendment 25 against President Trump remains, even the vice president Mike Pence He has not ruled out the possibility, but wants to keep it as an option in case the president becomes more unstable.

CNN announced that Pence’s fear is that a procedure against the president will lead him to take “rash actions” that put the country at risk.

Democrat Pelosi believes that applying Amendment 25 to President Trump is the best way to remove him and he can run again for office.

“I like Amendment 25, because it gets rid of it. I’d be out of the office. But there is strong support in Congress to impeach the president a second time. “he told the program 60 minutes CBS, which will air this Sunday.

Pelosi takes up the concern that the president is trying to forgive himself, although he can only do so for federal crimes, for which he highlighted the investigations against him at the state level.

“He can only forgive himself for federal crimes. He can’t forgive himself for state crimes and that’s where they are investigating him in New York State, ”Pelosi said. “There is a possibility that after all this, there will be no punishment, no consequence, and he could run again for president.”