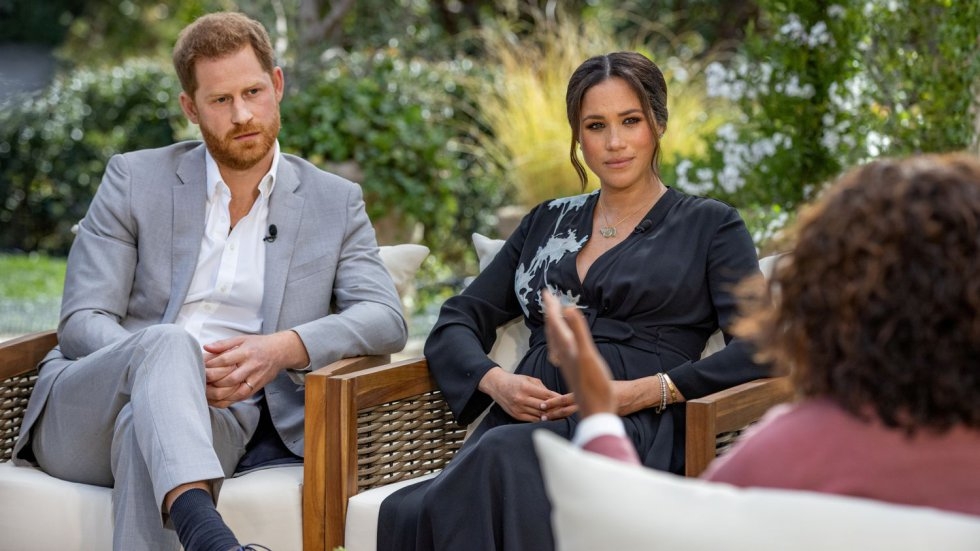 The repercussions of Harry of England and Meghan Markle’s interview with Oprah Winfrey in primetime on American television a week ago have become a depth charge for the British royal family. But in addition to its institutional consequences, some of the confessions that were revealed during the meeting made it clear that being a member of the royal family and famous not only brings benefits, but also some disadvantages to take into account. One of them is that of the safety of the couple and their son Archie, an issue that they wielded as one of the arguments that pushed them to definitively make the decision that the middle path they had chosen to continue being active members of the monarchy British, even at half gas, it was not possible if the institution or her family did not take care of her security.

The fear that their fame would endanger them – their son Archie’s name came up again and again in this regard during the interview – was the reason they moved from Canada to California, they explained. “When thanks to the newspaper The Daily Mail everyone knew exactly where we lived and they told us [en referencia al palacio de Buckingham] that security was withdrawn from us, and due to the fear of a border closure due to the pandemic, it was when we decided to change our location ”. It was not anyone from their family who helped them, but the couple revealed that it was the billionaire and American media mogul Tyler Perry who offered them a house to live in during the first months of the quarantine and who was in charge of paying for their safety.

Months later the Duke and Duchess of Sussex acquired the mansion in which they live in an exclusive urbanization in Montecito, California, where they have illustrious and famous neighbors, including Oprah Winfrey herself, who during the interview said they lived on the same street. Now it has become known that the fears of Prince Harry and Meghan Markle weren’t just celebrity paranoia. The mansion where they currently live, according to several American media, was invaded up to two times by an intruder last Christmas. As reported TMZ citing law enforcement sources, a 37-year-old man whose initials are NB was caught inside the property on December 24, Christmas Eve. On this first occasion, the agents decided to release him after notifying him. But two days later the same person re-entered the property of the Duke and Duchess of Sussex and was arrested on burglary charges. The information specifies that the intruder had driven from the state of Ohio, his usual area of ​​residence, to the Sussex house, on the West Coast, but the intentions or motives that prompted this action have not been disclosed.

Prince Henry also told during the interview that for months he had covered his family’s expenses with the money he had thanks to the inheritance of his mother, Princess Diana, who died in a traffic accident in Paris on August 31, 1997. And that it was a friend of the couple who suggested they be able to earn money as other well-known personalities have already done by collaborating with platforms such as Netflix or Spotify, with whom they have reached juicy financial agreements.

The current cost of security protecting the Sussexes is unknown but they did make it clear during their meeting with Winfrey that this was one of their concerns since they left their post in the British royal family. On other occasions, the astronomical figures that other famous people pay for this concept have been known. In 2009, for example, Aaron Cohen, a former member of Israel’s counterterrorism unit and then director of IMS Security in Hollywood, many of whose clients were celebrities, said that security is one of the biggest expenses that an acquaintance has. For example, businesswoman Kylie Jenner, a member of the media Kardashian clan, revealed that she spends between $ 300,000 and $ 400,000 a month on private security. And the rapper 50 Cent, as published CNN, spends more than a million dollars annually.

Various experts have corroborated this information in American publications and affirm that characters such as the Pitt-Jolie family or Whitney Houston, must have between one million and 1.3 million dollars among their expenses just for security. This section of expenses was also a matter of debate in the case of the Dukes of Sussex during their stay in Canada in the first months of their separation from the British royal house.

“The Duke and Duchess of Sussex chose to move to Canada part time. This represented a unique and unprecedented series of circumstances for our Government. From the beginning, the RCMP has worked closely with UK officials on security considerations, “said Bill Blair, Canadian Minister of Public Safety, in a statement sent in February 2020 to CBC.. He also confirmed that the couple had received protection from the Royal Canadian Mounted Police (RCMP) since November, when they spent a few weeks on vacation in the country, and when they returned from England, after their announcement. desire to “become independent” from the Windsors.

The minister’s office explained that Meghan Markle and Enrique de Inglaterra enjoyed the category of People with International Protection (as is the case of Heads of State or Government, Ambassadors and members of their families), for which Canada had had the obligation to provide security assistance, on an intermittent basis, since November. And he specified the following: “The assistance will cease in the coming weeks, according to their change of status”, when it was already known that they would leave the British royal family on March 31. The debate, which became public due to the protests of citizens outraged by having to pay with their taxes for the security of the couple, moved to the United States when Prince Harry and Meghan Markle decided to move there, and in all cases they were considered figures that established its security expenses at around 1.1 million euros per year.