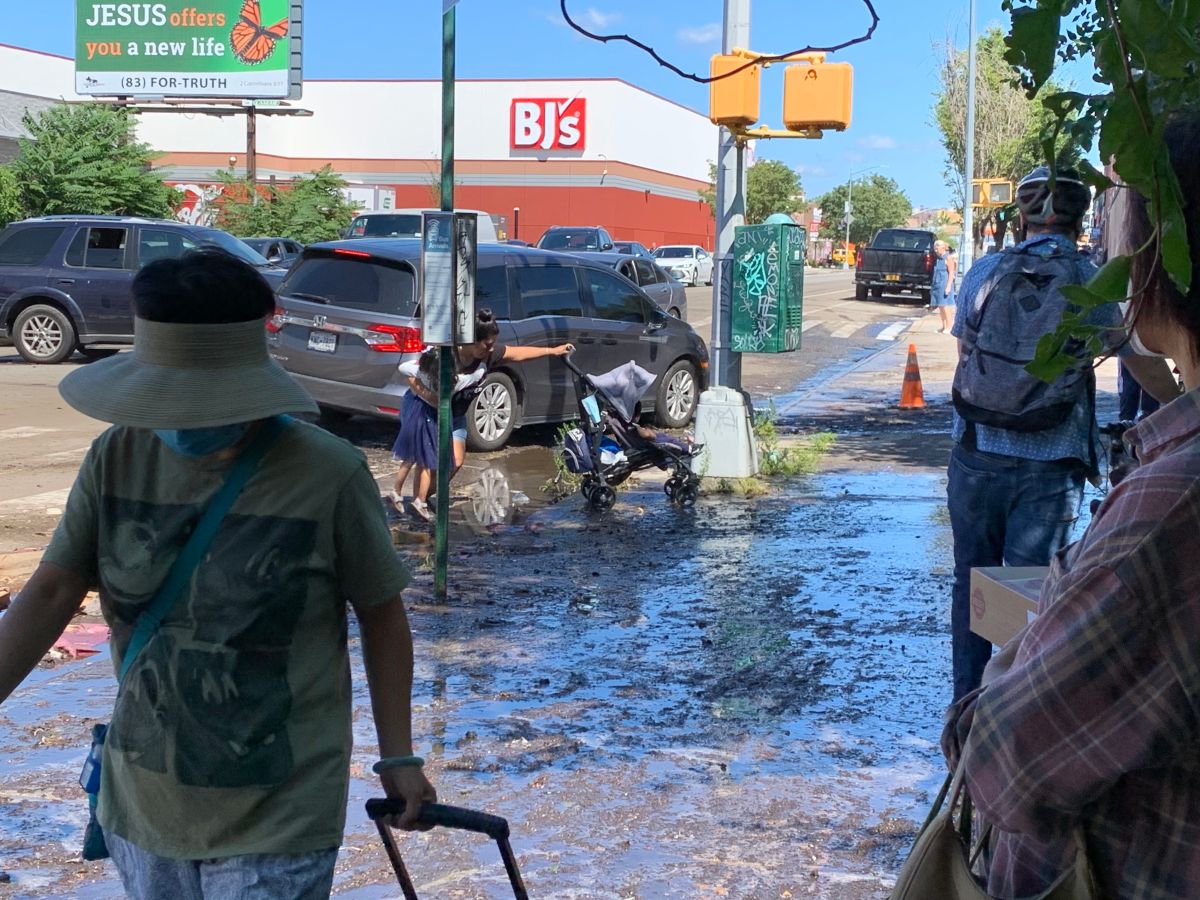 Desolation, sadness, pain, helplessness, businesses closed, train stations suspended, chaos on the trains and buses, flooded basements, fallen trees, homes without electricity, material losses, and at least 12 people dead, including a 2-year-old baby and a Hispanic, is the devastating toll left so far the fierce storm that shook New York between Wednesday night and Thursday morning.

And it is that even though the National Metereological Service had issued an emergency alert for possible flash floods on Wednesday night, the disaster was worse than expected, with record-breaking downpours in New York City, and that this Thursday had families mourning their dead and others like Juana Medina, trying to save in cardboard boxes and suitcases what little clothes she had left, because her house in Queens was completely flooded. The rains reached 7 inches in Manhattan, 8 in Brooklyn and Queens, and 9 in Staten Island.

“This was like a flood. I had never seen so much rain fall and I thought we were going to drown. If we had not run to a neighbor who lives in a building next door, we would surely be dead today, “said the young Colombian woman, who lives in the same neighborhood of Woodside, where 14-month-old Lobsang Lama lost their life. his father Ang Lama, 50, and his mother Mingma Sherpa. The three victims, of Nepalese origin, were trapped and drowned in the accumulation of rain in the basement of a three-story house on the corner of 64th Street and Lauren Hills Boulevard, where they lived.

The Colombian Alberto Vasquez, a neighbor of the Nepalese family’s neighborhood who died in Woodside, called on the local authorities to invest in a plan to review the sewage system, as he said that in that part of Queens, because many houses are with strong slopes, they suffer every time it rains a lot and the pipes are clogged.

“What happened to this family is very sad, I think everything has to be investigated thoroughly, but the City must also improve its sewers and not wait for a tragedy like this that could have been avoided with a better plan,” the Queens resident said.

The NYPD revealed In addition, the storm also killed Hispanic Roberto Bravo, 66, who lost his life after also flooding the basement where he lived, at 491 Ridgewood Avenue, in Brooklyn.

The Uniformed added that another of the fatalities was a 48-year-old woman from Grand Central Parkway in Queens, who had called 911 for help, but it was too late. A 43-year-old mother and her 22-year-old son suffered the same fate, after their basement flooded on 183rd Street, in Jamaica, Queens, the county most affected by the downpours. The list of victims also included a 50-year-old man, a 48-year-old woman, an 86-year-old woman, and a person found dead in her car.

And after knowing the sad balance, Governor Kathy Hochul He toured parts of Jamaica, Queens, and not only showed his shock at the deaths registered mostly in homes below street level, but offered help immediately.

Facts about the tragedy left by the storm