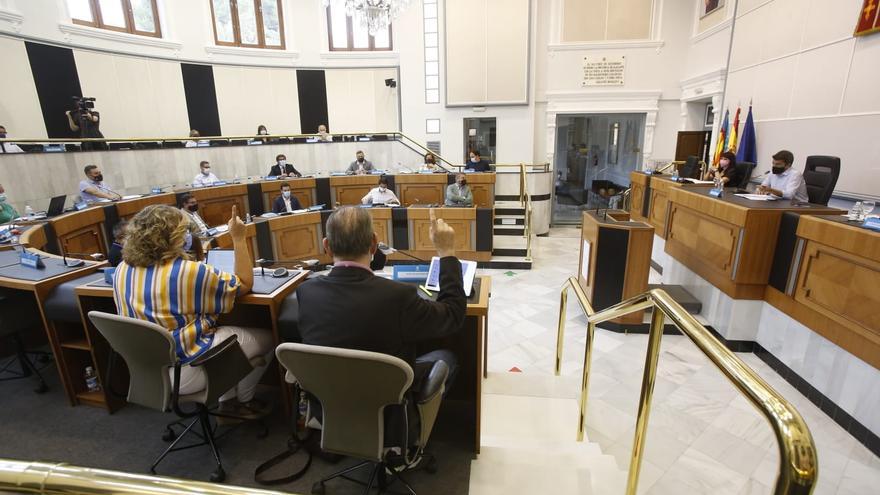 What was the third objective? That one that they never proclaimed but that many of us intuited given the Zaplanista ancestry of the protagonists? There is no doubt: the use of the Alicante Provincial Council by of the PP and Carlos Mazón as a promotional platform -with the approval of what remains of Ciudadanos-. The handling of the institution for partisan and personal interests.

And this has happened, for more worry, while managing the worst health crisis of the last century. Not in vain, three quarters of this mandate have been carried out under this setback. An irresponsible attitude that, in my opinion, has had its star moments in Mazón’s constant criticism of each and every one of the measures aimed at stopping the pandemic launched by the Government of Spain or the Generalitat.

It did not matter that regions governed by the PP were applying similar measures. The strategy of the PP and Mazón, cloned in the Provincial Council, it should not be twisted; For them, the key was not to stop the pandemic, or to lower hospital pressure, or even to “save the economy”, it was to wear down progressive governments.

In this regard, the criticisms to the Government of Spain, taking into account that it was precisely the decision of the Pedro Sánchez executive to open the use of the treasury remnants to town halls and councils, which has allowed the implementation of different aid plans of the Alicante Provincial Council.

At this juncture, from the socialist deputies and deputies, with the support of the progressive municipalism of the province, we launched a line of work based on three well-defined and complementary agendas: the proposal, the opposition and the agreement.

Proposition, to make a more useful deputation for the towns and cities, that creates in municipal autonomy and that endows it with more opportunities. Opposition, to try to amend the mismanagement, the abuse of power and the misuse of the institution by PP and Citizens. And this by fostering agreement, because we believe that consensus and unity of action are fundamental tools to move forward. A consensus that we have worked successfully to multiply in this long-term pandemic.

Specifically, the socialist group has made more than 50 concrete proposals, for municipalities, to modernize the action of the Provincial Council and to promote the agreement, and a good number of them focused on alleviating the economic and social consequences of the pandemic.

Obviously, one of our objectives is for municipalities to have more autonomy, with more financial freedom. For this reason, we have been proposing and defending since 2017 that the Alicante Provincial Council join the Municipal Cooperation Fund. The result has been the well-known one: the Alicante city councils still do not receive one euro from the Alicante Provincial Council to be able to be invested with autonomy. 70 million we have already lost due to their obsession to attack the Generalitat.

While the Castellón and Valencian city councils receive double (in the case of the dependents of the Valencia Provincial Council, triple). And from the aids of la DANA, what to say; Mazon He promised in October 2019 that “in weeks” millions in aid would arrive to the affected peoples. Reality? Which will be two years later when they arrive. And up to four years, they are the ones that many towns are waiting to see executed works dependent on the Provincial Council, and they can be counted on hundreds.

Two years of mandate remain. Everything indicates that they will be the last of the PP in the Alicante Provincial Council. Meanwhile, we are going to continue working to alleviate the damage that Mazón’s strategy at the head of the Valencian PP is assuming for the towns and cities of the province. It is a matter of priorities, and it is clear that, for him President of the Provincial Council, the province is not the main one.