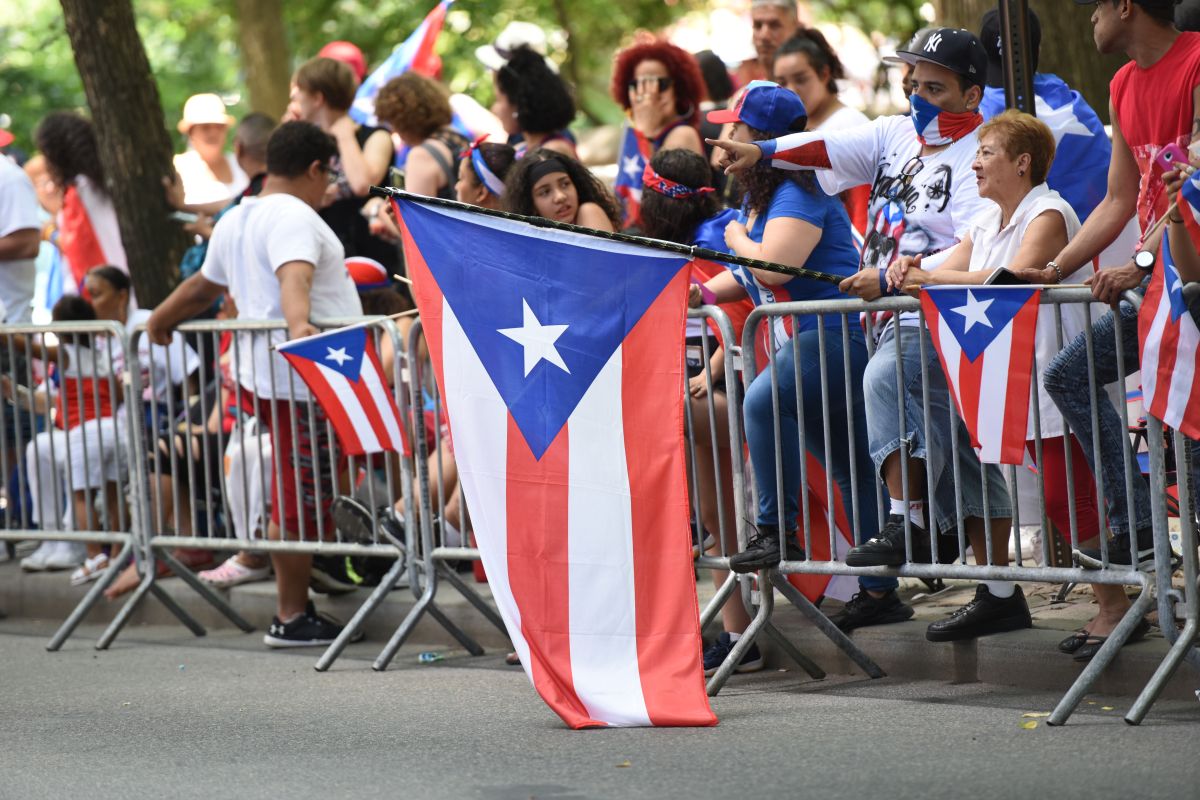 With the participation as Grand Marshals of the cast of the film In the Heights, based on the successful Broadway musical by Lin-Manuel Miranda and Quiara Alegría Hudes, the traditional Puerto Rican National Parade 2021 will be celebrated virtually on June 13.

The film, by Warner Bros. and directed by Jon M. Chu, has a cast of Latino actors including several Puerto Ricans in leading roles such as Anthony Ramos, Jimmy Smits, Gregory Díaz IV and Lin-Manuel Miranda, among others. .
They will be honored with the title of Grand Marshals of the 2021 Parade and will share their experiences and stories of what it means for them to grow up as a Puerto Rican or Latino in the Capital of the World, as well as share anecdotes of their attendance in years prior to the Parade. Puerto Rican before reaching fame.

In the Heights has touched millions of viewers, first as a Tony Award-winning musical and then as a major motion picture production; the key to its success is that it tells a universal story, inspiring audiences to hold on to their dreams while honoring their roots.

Tribute to poetry and Saint John

The Board of Directors of the Puerto Rican National Day Parade (NPRDP) prepares a great celebration for the 64th annual celebration of the event, with special tributes to honor the legacy of poetry of the Isla del Encanto, the Fifth Centennial of the founding of San Juan and other national symbols of Puerto Rican culture and identity.

During the Parade, the Fifth Centennial of the founding of the capital of Puerto Rico will be highlighted, whose celebration officially begins in September and will feature an extensive annual calendar of activities and events. The municipality of San Juan was founded in 1521, which makes it the oldest city in the United States.

The Spanish colonial section, known as El Viejo San Juan, is home to several buildings and fortifications declared by UNESCO as World Heritage Sites. The Parade seeks to help boost economic development and tourism by highlighting the celebration of the 500th Centennial, as well as other attractions and hidden gems throughout the Puerto Rican archipelago, with a focus on travel planning with health and safety in mind.

In its 64th edition this year, the National Puerto Rican Parade (NPRDP) is the largest cultural celebration in the United States. Its programs and events have the mission of preserving Puerto Rican culture through special tributes to national symbols, historical figures, and campaigns to raise awareness about important issues that impact the community. NPRDP’s signature program is the Scholarship Program, which has awarded more than $ 1.2MM since 2014 to promote educational achievement in the Puerto Rican community.

The telecast of the parade is a prime-time show and has been nominated for an Emmy® for three consecutive years.

On Thursday, June 3, the NPRDP will host a virtual gala, with a special program that will begin with a cooking demonstration by acclaimed Puerto Rican chef Ventura Vivoni.

Participants will learn how to prepare their star dish, arroz chulería, and will enjoy their creations while Sunny Hostin, from ABC’s The View, will entertain the Grand Marshals of the Parade; the cast of the new movie In the Heights. Ticket holders will receive a food kit that includes the non-perishable ingredients to prepare the dish, with brands of manufacturers in Puerto Rico. Tickets can be purchased at www.nprdpinc.org/gala.