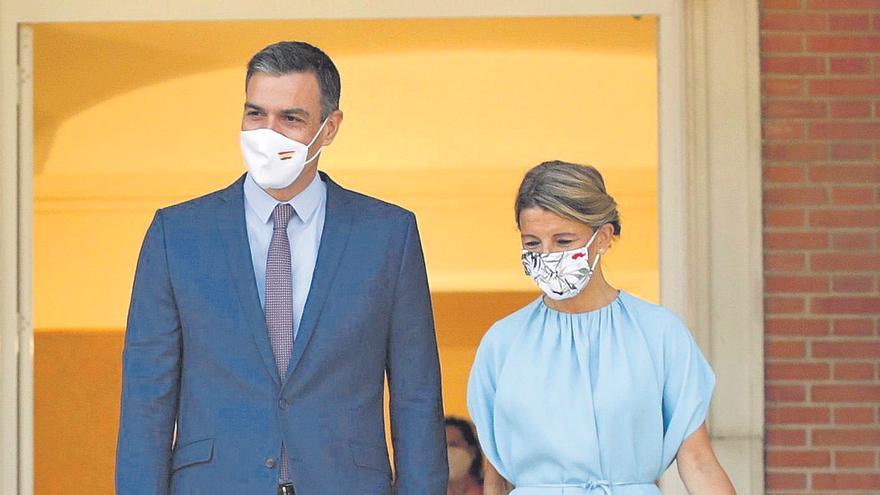 Just a month ago, the second vice president and leader of the purple ones revealed that the talks to configure the public accounts for 2022 had already started. The Minister of Finance, María Jesús Montero, and the Secretary of State for Social Rights, Nacho AlvarezThey were in charge of kicking off the negotiations. Since then, the relationship between the two government partners has deteriorated.

In just a few weeks, socialists and purples have staged half a dozen clashes, some of them quite intense. The agreement reached by the Government with the Generalitat to extend the El Prat airport It did not sit well at United We Can because of its environmental impact. Added to this first friction is the continuous dispute over measures to alleviate the incessant rise in the price of electricity – We can threaten with mobilizations in the streets – and the return of minors to Morocco. Disagreements on this last issue have caused real tensions within the Executive, with the exchange of letters and cross accusations.

With these sources of tension still latent, the entire Government will be back to work next week after pausing its activity after the meeting of the Council of Ministers on August 3. It will be then when the negotiations between socialists and purple are reactivated to continue defining the Budgets for next year. However, according to sources familiar with the conversations, both teams have been exchanged documents throughout the last few weeks.

At this first phase of the negotiations between Montero Y Alvarez The Chief of Staff of Díaz has joined, Josep Vendrell. The leader of the United We can space has wanted one of her most direct collaborators to also be present at all meetings to report progress. Sources close to the second vice president indicate that she will finally be the one who closes with Sánchez himself any obstacle that may arise, a prerogative that he inherited after the departure of Pablo Iglesias from the Government.

The intention of the Executive is to first negotiate between them an expansive public accounts, in line with those of last year, that are reinforced with European funds (the first 9,000 million euros arrived on Tuesday) and that are attractive for their partners in The congress. With Cs self-eliminated from the equation to approve the Budgets, Government sources indicate that Sánchez is already looking towards the 189 ‘yes’ that allowed to carry out the accounts for 2021: those of the socialist group (120) and United we can (35), those of ERC (13), PNV (6), eh Bildu (5), PdeCat (4), More Country (2), Commitment (1), New Canary Islands (1), PRC (1) and Teruel exists (1).

However, before presenting any project to the allies in Congress, the two government partners will have to reach several agreements. United We can sources indicate that they are attending the negotiation “no red lines”, but that they will demand that the coalition agreement be fulfilled, especially in matters of taxation. The purple ones cling to the international agreement to establish a minimum rate of 15% to the big social ones to pressure the PSOE towards a fiscal reform. Montero, for his part, does not seem willing to give his arm to twist.

This is not the only issue where the dialogue could run aground. In Budgets, beyond understanding the monetary items, other measures can be included. United We Can is willing to try to introduce initiatives to alleviate the prices of electricity and also rents, a battle that they have been fighting in the Executive for months and that, for the moment, does not seem to have a solution in sight.