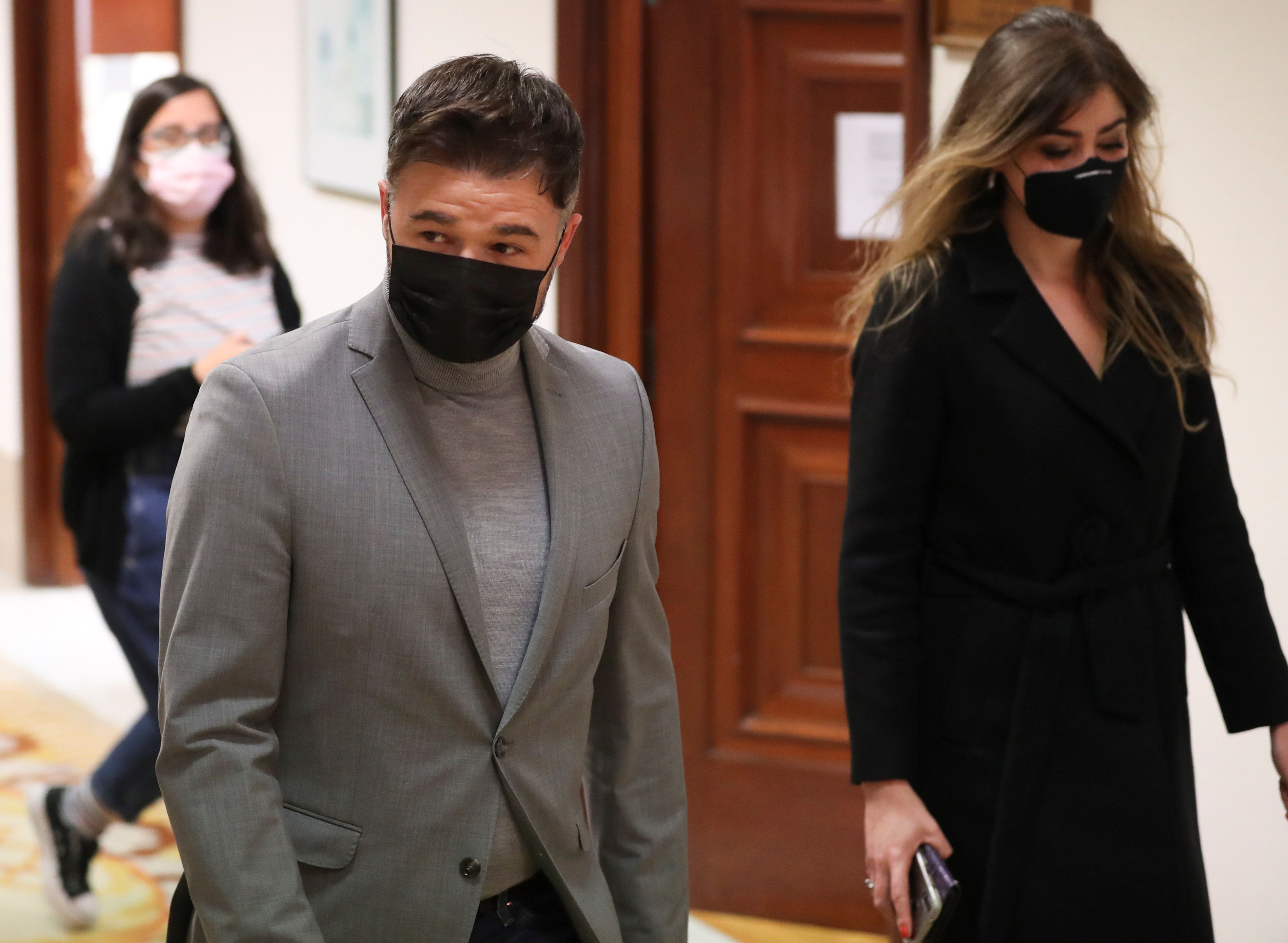 The Table of Congress has rejected this Tuesday, with the support of the six representatives of the PSOE, PP and Vox and the vote against the three members of United We can, even admit to processing and, therefore, lead to debate in a plenary session the amnesty bill that several Catalan independence parties had registered and that could benefit politicians convicted of the Catalan independence process. Spokesmen for ERC, the CUP, Más País, or the PNV, have lamented this blockade and have advocated promoting and seeking political debates and solutions to the political crisis in Catalonia.

The parties that have opposed facilitating this debate in plenary have relied on defending their position on a specific report by the Congress lawyers in which they communicate to the groups that proposed the amnesty law that, in their opinion, it is not appropriate. admit this initiative because they consider that it could “entail the granting of a general pardon that affects a plurality of subjects sentenced by final judgment” and they add that this solution “would enter into a glaring and evident contradiction with the provisions of Article 62 i) of the Constitution, according to which the law cannot authorize general pardons ”. The PSOE has been advancing for months that it is contrary to the amnesty law by that same criterion, but formations with which it governs, such as United We Can, or with which it usually reaches pacts, such as ERC or PNV, reproach it for at least not having consented to the debate in the plenary session of the Chamber.

The amnesty bill was registered last week by ERC, JuntsxCAT, the CUP and PDeCAT, who had promised to present it before the dissolution of the Catalan Parliament and who had the support of the representatives of the Amnesty i Llibertat collectives and Òmnium Cultural. The Catalan National Assembly was not at the presentation of the project in December at the Barcelona Model prison because it had already announced that its approval in the Cortes would not be viable.

In their proposal, these nationalist and independence parties raised the possibility of amnesty “all acts of political intent, whatever the result,” since January 1, 2013, which in fact meant releasing both the defendants from their sentences for the illegal referendum of October 1, as well as those affected by the condemnation of the sovereign consultation of November 9, 2014.

The rejection of the debate in the Table and by the lawyers has immediately provoked a reaction against the nationalist, Basque and Catalan parties, with representation in Congress. Gabriel Rufián, the ERC spokesman in the lower house, has described it as “terrible news” and “a dangerous precedent”, that a political debate is not even possible in the full Congress of what he considers a political problem for the 80% of Catalan society. Both Rufián and, later, Míriam Nogueras, provisional spokesperson now for Junts in Congress, have especially questioned “the backward movement” and the “involutionism” of the PSOE by not accepting the discussion and aligning themselves in the vote to prevent it with PP and Vox . Rufián has advanced that both ERC, Junts, CUP and PDeCat will now appeal that decision, although he specified that he is not optimistic about it. Both ERC and the CUP have wielded their rejection that the Constitution cannot allow a general Amnesty law. Aitor Esteban, from the PNV, has cited several professors and experts who defend this position.