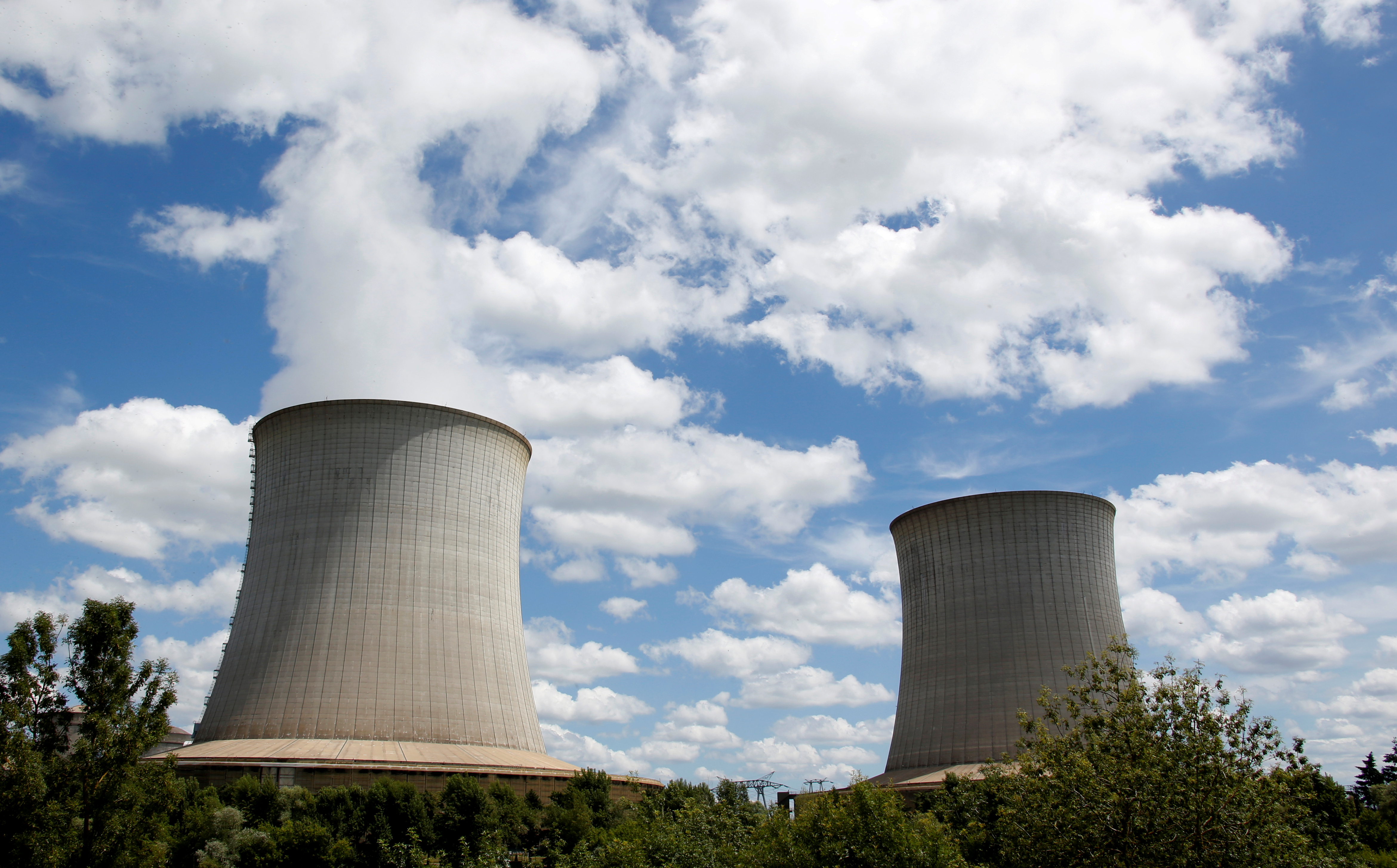 Often associated with the disastrous experiences of the populist regimes of the Latin American left, the term nationalize is probably one of the most maligned in the economic vocabulary. The pandemic, with its numerous public injections into troubled companies, some of which have ended up passing into the hands of the state also in rich Europe, has softened, at least temporarily, the taboos that surround it. But his journey continues: after years of walking in the opposite direction through privatizations, the price crisis in the electricity sector now fuels the possibility of a return of the State to try to lower the high electricity bill.

The Minister of Ecological Transition, Teresa Ribera, announced on Thursday the possibility of nationalizing part of the energy production through the creation of a public entity that groups together the hydroelectric plants whose concessions are expiring. This is a painless form of intervention for companies, but very slow to execute, given that in an urgent context, the initiative requires years of waiting to be effective.

This is what Francisco Valverde, an analyst of the electricity market, believes. “If control of the water passed to Red Eléctrica or another public company, they could generate electricity at the minimum cost so that they would not lose money instead of at the opportunity cost, as is the case now, but with an installation it would not be noticed. Many of them need to expire, and some have many years left ”.

Ramón Mateo, a consultant in projects related to the ecological transition, believes that the proposal has some economic basis, given that the owners of the hydroelectric plants are receiving large income thanks to the design of the market and not their technology. If it went into public hands, this economist points out, that money could be dedicated to the sustainability of the system. But he denies that it is a solution to the rise in the bill. “The hydroelectric power plant concessions, in their entirety, expire as of the year 2030. Therefore, they would not allow us to act with the immediacy required by the current situation. Therefore, the debate on this public management of hydroelectric plants should be separated from the current debate on measures to cushion the price escalation ”.

The conclusion, therefore, is that it will not serve to appease the rise in prices in the short term. Minister Ribera herself is aware of the difficulty in stopping the climb quickly. “Whoever says that there is a single measure that can allow us to change things from one day to the next in the BOE has no idea what they are saying or doing cheap demagoguery,” he said this Friday in La Sexta. He was thus responding to the words of the United We Can parliamentary spokesman, Pablo Echenique, who stated that if there was a will, the problem could be solved “tomorrow” with a decree law that would limit the price of the megawatt / hour.

The opposition rejects the creation of the public company. The Popular Party has called it “nonsense”, and the deputy mayor of Madrid, Begoña Villacís, from Ciudadanos, has asked the Government “not to copy what they do in Venezuela”. However, Unidos Podemos believes that this is a legitimate claim, and recalls that France, the United States, the Netherlands, Sweden, Australia, Italy, Switzerland or Japan have public power generation companies. As Spain had until the sale of Endesa to the Italian Enel. Now, public participation in the sector is limited to 20% of the shares of Red Eléctrica de España (REE) through the Sociedad Estatal de Participaciones Industriales (SEPI), but REE manages the energy transmission networks, and it is not dedicated to generation or marketing, so it cannot influence prices.

Among the countries that have public energy companies, the French case is the best known. The State owns 83.77% of EDF, a generation giant with an important nuclear power portfolio made up of 56 reactors. The remainder of its ownership is shared between institutional investors, employees and small shareholders. Its public character is practically sacred in France. When it was partially privatized in 2005, listing 15% of its capital, there were bloody protests in the streets and its workers cut the electricity connection with Spain and left several political personalities without electricity in their homes. This was stated by Matthias Heddenhausen in a report commissioned by the European Commission on privatizations. “To understand such a massive criticism of the privatization plan, one has to consider EDF’s role as a public service. It is one of the most respected companies, present even in the most remote areas of the country ”, he assured.

In 2019, before the pandemic, the company’s profits quadrupled, to 5,155 million euros, much of it in the United Kingdom and Italy. But all that glitters is not gold. It is heavily in debt. And President Emmanuel Macron has met fierce opposition from the unions and Brussels to his attempt to reorganize the company. The group lacks the financial muscle to address the large investments required to extend the life of its nuclear fleet while developing renewable energy. France wants the mechanism that obliges EDF to sell part of its nuclear electricity at reduced prices to its competitors to be reviewed.

The Italian Enel, the same company that ended up taking over Endesa after a tough bid, has a much lower state share. The Italian Treasury controls 23.6% of its shares, and more than 60% is in the hands of institutional investors. But that participation has been able to be useful in certain cases. In 2018, in the midst of a dispute over the purchase of the Brazilian company Eletropaulo, Iberdrola accused it of receiving preferential treatment from the Italian State that allowed it to obtain cheaper financing. Finally, Enel ended up winning the pulse and took over the Brazilian company.

Other examples are the Austrian Verbund (51% owned by the state), the Swedish Vattenfall (100% state-owned) or the Finnish Fortum (50.76%). In a 2018 report, the OECD affirms that these public or semi-public companies can play an important role in decarbonization, given that in many cases they are under the tutelage of governments aligned with emission reduction targets. “Countries, regions and municipalities with public companies can directly influence the energy mix, investing more in renewable energy and less in fossil fuel technologies,” he says. The agency believes that, being public, they should not only worry about their economic results, although it cites as obstacles to the change towards renewable investments its mandate to guarantee the supply of energy at an affordable price and the maintenance of employment.

France will not chop EDF

Nothing will change for now at EDF, France’s main electricity supplier, almost 85% controlled by the state. At the end of July, the giant that accounts for around 70% of the French market, announced that Hercules, the great reform that it had been preparing for two years at the request of the president, Emmanuel Macron, will be frozen at least until the presidential elections of 2022.
The plan called for dividing the company into three: a public company (EDF bleu) to manage the nuclear power plants; another (EDF vert) that was listed on the stock market and that dealt with the distribution of electricity and renewable energies, and a third (EDF azur) focused on hydroelectric dams, the main source of friction with Brussels.
The unions, opposed to a project that they saw as a “dismantling” of the conglomerate and the beginning of the end of a public service, celebrated its failure. The split project also had the objections of the left-wing opposition and a part of the conservative Los Republicanos. According to the economic daily Les Echos, the Executive abandoned its plans for now because they entailed “a painful rise in the price of electricity, just a few months before the presidential elections.”
Electricidad de Francia (EDF) was born on April 8, 1946, after the law of nationalization of 1,450 French electricity production and distribution companies. Almost six decades later, in November 2004, the company was transformed, in accordance with a European directive, into a public limited company (with the State retaining almost 84% of its capital) and began to go public one year later. Since 2007, as in the rest of Europe, the French energy market has been open to competition. However, EDF has continued to be the main supplier of energy to the citizens of its country. / SILVIA AYUSO