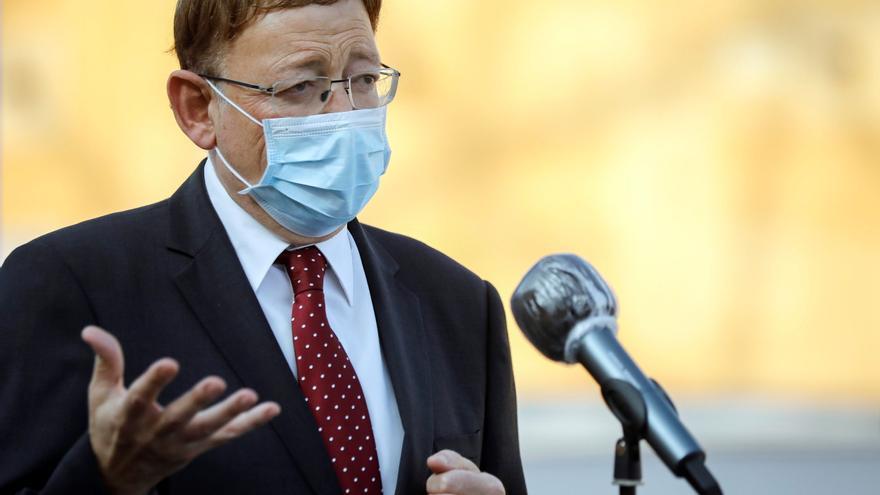 Illumination in the streets with two million led lights, a giant record Nativity scene, the San Silvestre solidarity, the Fair in Rabasa, the commercial artery par excellence of the city (Maisonnave) pedestrianized on Sunday, which is the day that fewer people have Instead of Saturday, which is when there is more shopping bustle … Did I forget something, Mayor? Is there a measure that has remained in the inkwell? Any initiative that did not involve concentrations of people at Christmas parties, just when we were at the gates of the third wave?

I really try to understand the decisions of that bipartisan that you lead, but I can’t. They are dedicated to showing off their achievements, they tell us that they are to promote mobility and shopping when I do, and I recognize that I am a little short of understanding, I only see one incongruity after another, wrong decisions that what they do is invite us out to the street and enjoy as if there were no pandemic that, meanwhile, does not stop knocking on the doors of the houses to take them to the hospital … or the cemetery.

But nothing happens, everything is for Christmas, joy, happiness. Of course, what a coincidence, the same day that the festivities end, on January 6, it turns out that he goes and does the same as the Consell that he criticizes so much and boom! announces a battery of measures to face the advance of the pandemic because “there are too many lives lost and accumulated pain.”

So yes, Barcala, to suspend public events and seal the children’s play areas in the parks. But since they are a bit clumsy, they keep the pedestrianized downtown areas on Fridays and Saturdays, but forget about Maisonnave.

And not only that, they cancel activities, but they forget what to do with the Christmas Fair and oh! when the showmen go to ask to extend the activity, then they realize it and tic tac tic tac spend several hours until they decide that no, that it does not make sense to prolong the event when the City Council «is promoting measures to combat expansion of the covid », says an orange member of the bipartisan. Of course, since they are left until Sunday, but the parks are already closed.

Well, nothing, mayor, to continue with the incongruities.

What is the president waiting for?

And while you get your chest out with your decisions, we have the president of the Generalitat who has been putting fear in our bodies for weeks with that an empty chair at Christmas is better than leaving it empty forever, that complicated weeks will come and that the situation in the Community it is very worrying.

But what Puig did not count on was that there is a part of the citizenry that is not for the task of pulling the car, that thinks that the pandemic is not going with them, that they are reckless to the point of stupidity and, what is worse, that put others in danger of death.

For this reason, President, I do not know what you are waiting for to tighten the measures, which is what we deserve and what the ignorant as well as those who strictly comply with the rules are crying out for it. Confinement, total or partial, but we cannot wait. Each day that passes is one day closer to disaster and one day less for the hope of winning the battle against the virus.