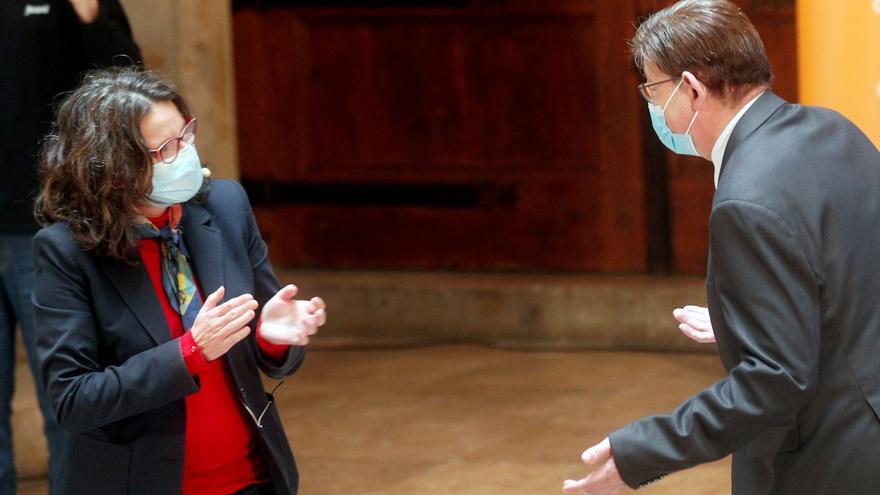 The vice president has highlighted the importance of a plan that It will give an unprecedented boost to the construction of public centers and the reform of facilities that in many cases had not been reformed for more than 30 years and that they will now adapt to the new coexistence models that include the learning acquired during the covid and that place people at the center.

Oltra has stated that this plan will also work as tractor of the Valencian economy from “a feminist perspective”, based on the revaluation of care and the economy of raising, caring for and curing; and that it is expected to create more than 3,500 direct jobs from a “quality and stability” perspective.

Territorial equity, guaranteeing that all social services departments have at least one resource of each type and that there is a public resource less than 20 minutes away if it is daytime and 30 minutes away if it is residential, is another of the aspects of the plan highlighted by the vice president, who has also valued her ecological character and promotion of universal accessibility.

The Convivint Plan for Social Services Infrastructures 2021-2025 has been drawn up from the Map of Needs, a work carried out by the Valencian Institute for Training, Research and Quality of Social Services, through a pioneering methodology in Spain that has taking into account both social and population indicators as well as vulnerability and age as well as the effective demand for resources.

These variables are those that have guided the development of the Plan Convivint, which has been drawn from the principles of transparency and participation, and in which the councils and city councils have participated through the Administrative Coordination and Collaboration Body (OCCI), which has been in charge of agreeing on each and every one of the actions included in the plan.

The coverage of needs and progress towards territorial equity are two of the objectives of this project, together with the completion of works pending plans launched by previous governments, and the fight against depopulation, promoting the implementation of services proximity in rural and inland areas.

In the area of ​​older people, the Convivint contemplates 100 actions and an investment of 279 million euros, that will make it possible to double the number of public residences and multiply by 12 the resources of day care, in addition to installing points of care in the proximity in the rural world, which will consist of a day center with extensions that will be managed by the same staff, and most of which will be in the province of Castellón.

The plan includes an iInvestment of 81 million euros for 27 actions in the field of functional diversity, This will allow doubling the number of public resources to reach 17 residences and 10 day or occupational centers.

The investment in actions in centers for people with mental health problems will be 74 million euros, multiplying by four the number of public centers and guaranteeing the existence of a resource of these characteristics in all departments of social services.

The Convivint Plan also includes a commitment to improve the network of day care centers for the most vulnerable children and adolescents, with 20 new centers, most of which will be located in the province of Alicante, where there is a greater lack of this type of resource.

The network for women victims of gender violence will receive an investment of 3 million euros for the implementation of 6 new resources, and an investment of 96 million euros is also planned for actions in 57 centers designed to dignify the facilities that are already in place in the different areas of social services.