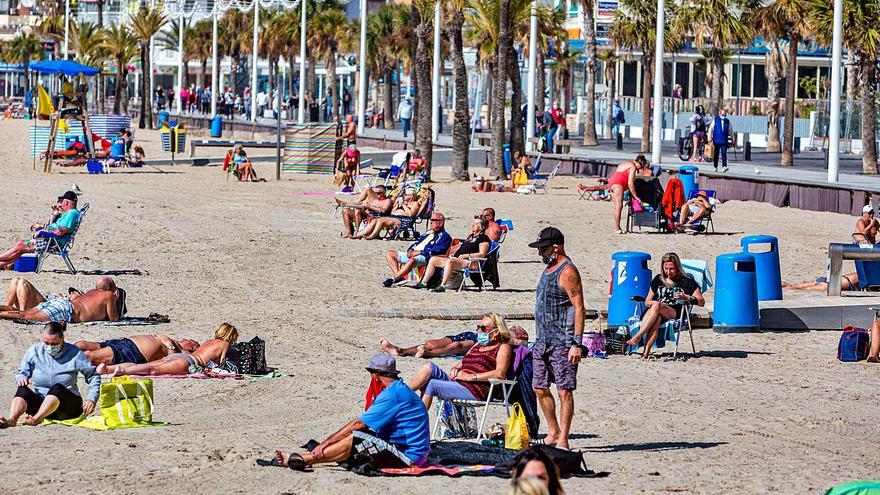 The president of the Generalitat Valenciana, Ximo Puig, has described this Monday as “very negative” the news that the United Kingdom has left Spain out of the list of safe destinations to travel, while announcing a meeting with the British ambassador, Hugh Elliot, to try to change this position. Puig has underlined the effort made by the Valencian Community to control the covid “And we have less than 200 hospitalized patients and we are the autonomous community with the lowest incidence.” “We will do everything possible to make the English authorities understand that they have to discern,” said Ximo Puig on Monday after presenting a new advertising campaign with the slogan “Who has lived it, knows it.”

The President of the Generalitat has insisted that «The Costa Blanca is an important and safe destination At this time, we would like the UK position to be reconsidered. “We hope to reach an agreement,” says the president of the Generalitat. The poor overall situation in Spain has hurt the province’s tourism sector in the UK, which has left the country in “amber”, forcing British tourists to quarantine for ten days when returning home.

Puig thus affects the movement started by the Consell through the regional secretary of Tourism, Francesc Colomer, that on April 22, he met in telematic format with the consul of the United Kingdom in Spain, Sarah Jane Morris, to which he demanded that his Government transfer that the Valencian Community in general and, in particular, the Costa Blanca, receive a special treatment when setting the prevention requirements against covid, which will govern the travel of British tourists starting next May 17.

Alicante province, which until before the pandemic received three million British tourists, also has 70,000 UK residents And, right now, it has the best rates of fight against covid in Spain. The objective, according to what they pointed out from Turisme, is that at the moment of setting the colors of the traffic lights «that they do not take into account only the indices of Spain, but that the system is by regions, as they do with Canary and Balearic Islands. In short, other data should not penalize our good sanitary conditions ». Turisme has also sent to the Secretary of State for Tourism all the documentation to enter into the air corridors project. Ximo Puig will insist on this again in his communication with the ambassador.

The European Parliament will defend, for its part, in the negotiations that are being held, that the future community covid certificate, which shows whether a citizen has been vaccinated, has antibodies or a recent PCR, gives its carriers the advantage of not going through Additional restrictions on mobility when visiting another European Union (EU) country. In addition, the European Parliament has proposed that the tests be free for tourists from member states.

The hotel management Hosbec has celebrated the initiative but warns that more important than free trials is that the “green pass” is binding, and that the member states do not put additional obstacles. In addition, hoteliers are demanding urgent bilateral negotiation with the UK government to facilitate the mobility of British tourists who are vaccinated.

On the other hand, remember that the International Air Transport Association has alerted governments that high covid testing costs they could make flights inaccessible and put them out of reach of the current budget of many individuals and families, halting travel recovery. “To facilitate an efficient restart of international travel, tests must be affordable, timely, widely available and effective,” they say from IATA. The airline employers have prepared a study based on a sample of the costs of PCR tests required by most governments that reveals the wide variations in prices by markets and within markets. Of the surveyed markets, only France complies with the World Health Organization recommendation that the state bear the cost of tests for travelers. Of the 15 markets where there is a cost for PCR tests for the individual, the average prices range between 75 euros the minimum and 174 euros the maximum.

Visitors with a mask and at midnight at home or hotel

The head of the Consell showed himself open to receive tourists again, “They are always welcome and we are looking forward to their return”, but “they must know that the pandemic is still there and they have to respect the rules. That is to say, mask, social distance and at twelve at home », noted in the morning interview in “Public Mirror.” The Valencian Community maintains since last Sunday the curfew between midnight and six in the morning, according to the update of measures and restrictions that the Interdepartmental Commission of the Generalitat approved on Saturday after achieving ratification by the Superior Court of Justice Valencian.

Also Read  Jair Bolsonaro: the Supreme Court of Brazil gives the green light for the president to be investigated for spreading false news

On the other hand, the president of the Generalitat, Ximo Puig, denounces that the images of street parties held in Madrid or Barcelona after the end of the state of alarm are “regrettable”They create a “bad image” and “damage coexistence.” Puig considers that they are serious for the image of a sector of the population, young people, who “has nothing to do” with these events, while describing the behavior of young Valencians as “exemplary”. “Young people have limited their normal activity for more than a year and I feel enormous respect and pride for them, and for Valencian society.”