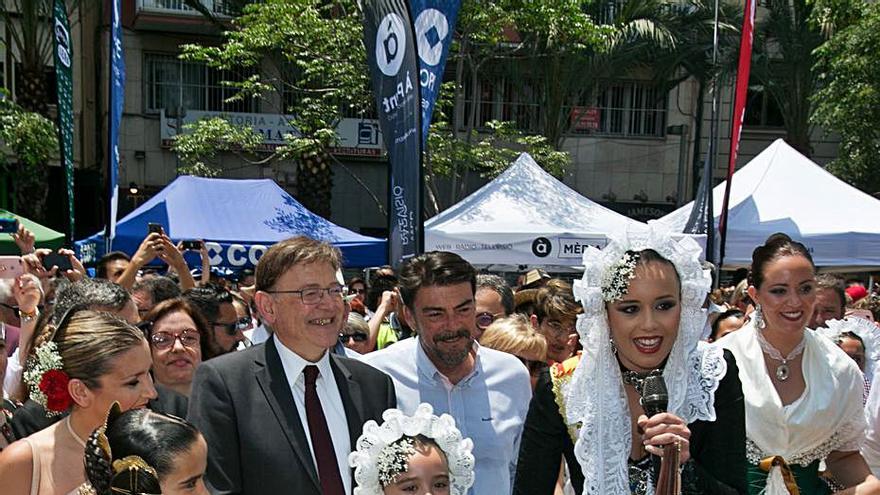 The president of the Generalitat, Ximo Puig, will “debut” this year at the Gala for the Election of the Bellea del Foc adult, which will be held this Saturday (9.30 pm). It will be the first time that the current head of the Consell attends the event that, one more year, will be held in the bullring.

The suspension for the second year of the Bonfires due to the effects of the pandemic has made the socialist leader decide to attend the gala in which the highest representative of fire will be known for the festivities of 2022. In this way, Puig will be present at the main event of the festive program of this atypical year, where practically most of the events programmed by the Federació de Fogueres are closely related to the Bellea del Foc.

In fact, last weekend the double Candidates Gala took place, which was moved from the port to the bullring due to the security measures against the coronavirus. Previously, the interviews with the jury and the official reception of the adult and child candidates at the Castillo de Santa Bárbara by the Municipal Corporation were also held. For the end of July, the proclamation of those chosen in the galas this Friday (children) and this Saturday (adults) is scheduled, which this year will return to the Main Theater on the occasion of the covid.

Thus, in the main event of the entire calendar of this 2021 Puig will be present, as confirmed this Monday by the Presidency. It is an extraordinary year, and this is how it is valued from the socialist environment, where they underline the special sensitivity that Puig has always tried to show with the Bonfires, in his search for the structuring of the territory and to promote the bicapitality of Alicante. There is no year that the socialist has not been seen by the official festivals of the city, and also trying to have a tight schedule. Puig has come to the cremà the Official Bonfire from the City Council, has gone to congratulate the winning commission of the Special award and has also made night rounds through the districts, in addition to being always faithful to the mascletás de Luceros. So this year that none of that can be celebrated due to the pandemic, Puig wants to have a detail with the main festivals of the Alicante capital.

It is usual that only representatives of the local Corporation attend the Election of the Bellea del Foc, with the mayor at the helm. In some isolated case, a minister has attended, exceptionally, as happened a few years ago with Carmen Montón, when she was head of Health. Nor is it anything usual, less if possible, for a president of the Generalitat to attend. The first time that a head of the Consell was seen at the Bellea del Foc election was in 1996, at the Technification Center, with Eduardo Zaplana at the head of the regional government and Luis Díaz Alperi at the controls of the City Council.

A quarter of a century after that date, Puig will debut at the gala in an extraordinary year for the covid.