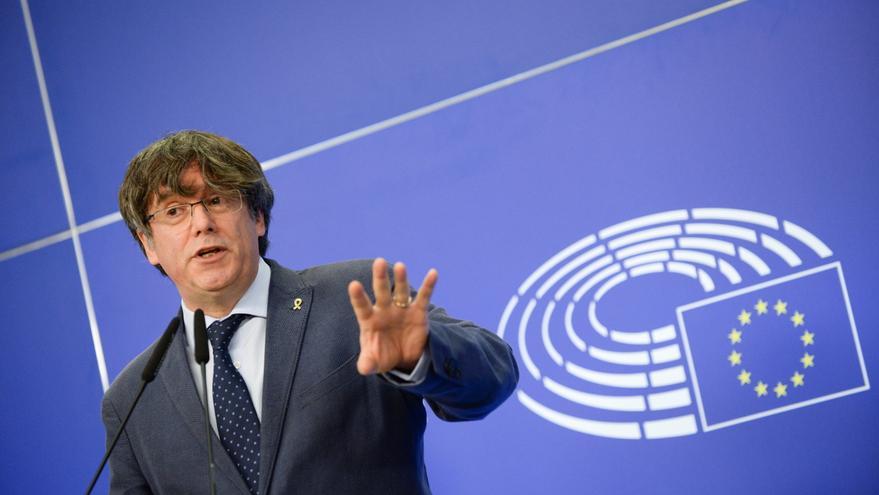 Paying in advance hurts, but letting Eva Granados, PSC candidate, pass, too. The clearest indication that the ERC-JxCat pact is quite green is that in his conference on Thursday – a stranger in the middle of negotiations – Aragonès launched a warning-accusation: “Let no one think about new elections.” And it is that he fears that Puigdemont is thinking: if I maintain the uncertainty, I will raise the price of the investiture. And I have the right weapon.

ERC overtook him by only one deputy and 35,000 votes, but the PDECat got 77,000. If there is an electoral repetition, an agreement with Artur Mas and the PDECat – ruined – does not appear, JxCat can win over ERC and then it would maintain the presidency of the Generalitat. It is a complicated scenario, but possible. And it can force ERC to pay more for the inauguration.

Puigdemont knows that, once Aragonès is invested, he is no longer the legitimate ‘president’ of the Generalitat, a title that Torra always recognized him. He also ceases to have the ability to dissolve the Parliament that he maintained with Torra, to the extent of forcing him to extend the term more than Torra wanted. And he does not like to give ERC control of the electoral calendar.

There is more. Once invested, Aragonès could stop the ‘councilors’ of JxCat who opposed him. Or, worse, make another government if the ERC (iron negotiation with Madrid) and JxCat (“intelligent confrontation” to prevent a peace with concessions) roadmaps collide again. In JxCat there are even those who believe that the return of the right to the Government of Spain would lead to a “profitable” rise in tension. That is why Waterloo was reluctant to vote for the censure of Rajoy. And Marta Pascal, then president of PDECat, paid dearly for it.

Puigdemont bets (or does not rule out) for the worse, the better. And he has carefully read the statements of the very mathematician Andreu Mas-Colell, ‘conseller’ with Pujol and Artur Mas, in which, when asked about the ERC-JxCat pact, he reasons: “It will not be a legislature of blood alliances of four years. The arithmetic points to variable geometries and ERC is the one that has more room for maneuver ”.

Puigdemont muses: What if a few months after being invested, when we torpedo the negotiation with Madrid, he expels us from the Government and opts for the pact with the ‘comuns’? He knows that the new ‘president’ of the Generalitat will tend to negotiate. It is difficult to govern well Catalonia in constant fight with Madrid. And even more so when billions have to come from the European recovery plan.

Example. Aragonès had decided that his second in Economy, Albert Castellanos, despite the boycott of the King, would attend the Seat act last Friday with Felipe VI and Pedro Sánchez. In the end he backed down, but in Waterloo they believe that the outcome would have been different if Aragonès were already ‘president’. There is the PNV that gets dividends from all the pacts and that even Bildu wants to imitate.

And if in the end, now that he will be deprived of his MEP immunity, Belgium ends up accepting the Euroorder and handing it over to Spain? It is different that then a JxCat president wants to ‘set fire’ to Catalonia, or that Aragonès protests strongly, but remember that Junqueras has already gone through the trance. But repeating elections has risks. The additions and subtractions of votes are theoretical. And if they turn out to be true, then a wounded ERC could feel legitimated to elect the left tripartite. In addition, the 14-F Puigdemont lost 40% of its votes in 2017 when the turnout fell only 25%.

Therefore, even if Puigdemont is not determined to new elections, he can choose to use this weapon of destruction to corner ERC in a negotiation for power quotas that will be extremely tough. Perhaps then the investiture pact is not ripe on Friday the 12th and ERC will pay in advance. So, on Friday the 26th, the day of the first investiture vote? Later?