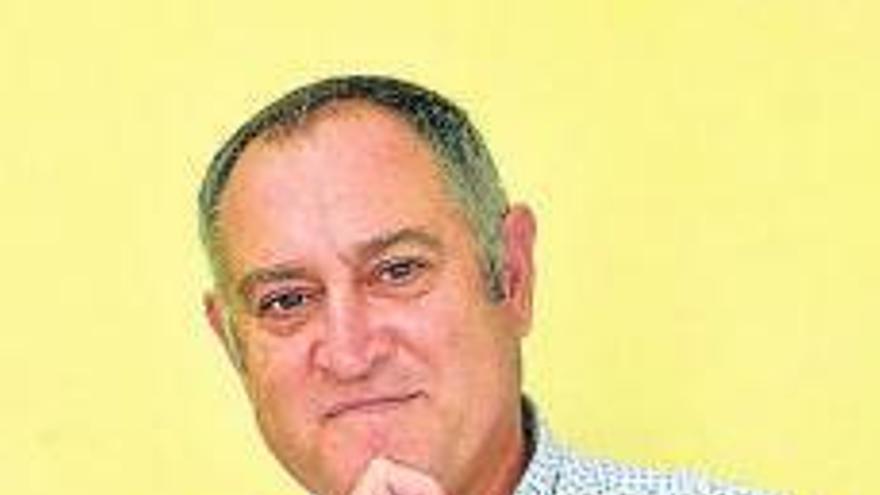 The point is that González made an incognito cameo (if it was possible), dressed in a coat, jacket and pants, and with a powdered wig inherent to a high position, showing that, in addition to being a consummate athlete, he also cultivates art of Melpómene and Thalía, and dominates the theatrical footlights as much as the political ones. His stage confidence, his graceful and precise movements, and his clear and modulated diction in the show “Girajaquetes” (a blockbuster on YouTube) made many of those astonished in attendance remember classic gallants of the stature of Tyrone Power, Errol Flynn, Harvey Keitel or Matt Damon. Even Antonio Banderas, for the intonation. It is a pity that the mask that the actors wore for the sake of health measures prevented the attendees from delighting, even more so if possible, with one of the most valued facets of the councilor: the expressive gestures of his face. But, for the rest, he gave it his all on stage and that is how the public recognized it. So much so that there are already those who plan to propose their candidacy for the Max Awards for the Performing Arts, in the category of best political actor revelation. A very close award, by the way, in these times.

Apocryphal sources from the Mayor’s Office say that González, praised by such resounding scenic success (and with the unspoken purpose of increasing his projection in the world of show business, for what may happen in two years), a few days ago urgently met his government team and proposed to represent in Plaça de Baix a great show that would merge historical memory and inclusive equality, with a view to the Medieval Festival next month. He proposed to stage “The Mayor of Zalamea or The Garrote Rather Given” by Calderón, for feeling fully represented in the figure of the councilor who executes those who dare to besmirch the honor of his administration, which is like a daughter to him, and sends to the ostracism (or better, to the dungeons of Calendura, which are closer) to those who try to dishonor her, like the thugs of the opposition.

“I do not know, I do not know … that tarnished honor sounds stale heteropatriarchy and is not sustainable in the current inclusive times,” replied the compromise spokesperson, Esther Díez. And next, she proposed to do better “Fuente Ovejuna” by Lope de Vega, thinking to herself that she herself would be perfect in the role of Lucrecia. Although the courageous young woman is also kidnapped and her sexual freedom reviled, like Isabel de Zalamea, she is nevertheless capable of empowering herself and denouncing the outrages (in a #MeToo avant la lettre) of the macho commander and satrap, who has just been executed by the people sovereign, with subsequent real placet, and all without increasing the carbon footprint despite high neighborhood mobility.

It is not known how, but the secret theatrical plans of the bipartisan reached the ears of Pablo Ruz, who after denouncing once again the obscurantism and necromancy professed by PSOE and Compromís, felt impelled to immediately request another extraordinary plenary session to present his own theatrical proposal. Specifically, the leader of the PP wants to propose that another work by Lope be represented, “The best mayor, the king”, as a parable of the municipal misgovernment and the ineptitude of his visible head. In addition, it would constitute one more sample of loyalty of the popular to the Crown, undermined by the left-wing executive. The young senator sees himself in the role of King Alfonso VII, repairing with his magnitude the offense perpetrated against the virtue of Elvira (go with the non-consensual relationships in the Golden Age), a role that he sees that neither painted for the citizen Eva Crisol . They are in it.

In any case, as not everything is going to be theater in this life (even in politics), it will be necessary to continue governing as well as acting, although sometimes the line (yellow in this case) that separates executive action from action is not clearly perceived. Commedia dell’Arte. For this reason, now back to daily reality, the mayor has met with the spokesmen of the municipal opposition to ask, suggest or propose, as the case may be, as President Pedro Sánchez has done in Congress, that they bring the shoulder to get out of the crisis and recover the economy, in addition to a little please not to continue teasing or raising your voice in plenary sessions (more than necessary, at least). In this last respect, González announced to them that sooner rather than later the municipal operating regulations, promised for decades by previous governments, will finally be finalized. Whoever does not comply with it and continues to tease, shout and undermine the competent authority, will also end up in the Calendura dungeon. And he didn’t look at anyone in particular.

Contrary to what might be expected, the meetings with the spokesmen of the opposition met expectations: there was no progress and each one continued to do their thing. Ruz went to talk about his book (blue notebook in this case) and insisted on the popular effort to lower taxes on all social classes without distinction (the rich also cry and sometimes even suffer to make ends meet). Also, that the electricity bill is lowered, or at least that a generalized and free distribution of led bulbs is made among the entire population. He did not say anything about gasoline, which has also increased his. Perhaps in another extraordinary plenary session. González insisted that you have to lean your shoulder; specifically the shoulders of others to your own. This would translate, for example, into the opposition (totally or partially) supporting the municipal budget of the bipartisan for 2022, even if it is a little bit and without being noticed.

«Mayor, yours is pure theater; well rehearsed falsehood and studied mock! Pure propaganda theater! “Ruz exploded as he left the meeting at the Mayor’s Office slamming the door (then he apologized and blamed it on an inopportune draft). Who is screaming? Who dares to bother me? “Replied González, climbing up to his table, believing himself transported back to the Torrellano scene. At that point it was the turn of the Vox spokesperson, Aurora Rodil, who upon entering found the councilor staring at the Lady’s reproduction, while declaiming: «What is life? A frenzy. What is to govern? An illusion, a shadow, a fiction…”. End of the first act.

PS I notice movement of the men in the nuclear white monkey in the Arenales hotel. I’ll stay tuned (from a distance, just in case).