Autonomous cars avoid pedestrians, but they are not infallible, nor do they detect all reckless pedestrians. Although there is a surprising solution.

The University of Tokyo has succeeded in reducing abuses by autonomous cars less than half, doing something amazing: laying eyes on them. The autonomous cars with eyes are the future?

The autonomous driving It’s going to be a big change in transportation… and in the way we relate to cars.

An autonomous car is a electric car equipped with artificial intelligence, which has no driver. It uses complex AI-based algorithms to avoid obstacles, and predict how pedestrians moveand other vehicles.

In numerous tests they have been shown to be safer than human drivers, but they are not infallible. A flaw in the detection algorithm could end up in a run over. Or, in another case, an imprudence of the pedestrian, before which the artificial intelligence does not know how to react, too.

The problem is that, when you drive towards it, the pedestrian does not know what the autonomous car is seeing. He doesn’t know if she has detected him or if for some reason she hasn’t seen him, or hasn’t seen the traffic light, and he jumps it while he is crossing. On other occasions it is the pedestrian himself who, due to imprudence, crosses the street without looking, or does not see the car.

The University of Tokyo is studying how to reduce accidents with autonomous cars, and has found a surprising solution: autonomous cars with eyes. You can see it in operation in the opening video of the news. 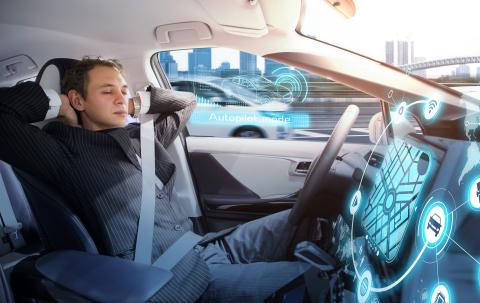 Also Read  We already know which channel LaLiga will broadcast openly. The problem is now in the Second Division

Who is at fault in a self-driving car accident? In the United Kingdom they have already passed a sentence by law

Researchers have realized that the eyes exert a great power of attraction in people. When we have the sensation that someone is looking at us, we unconsciously become alert. And that can help reduce crashes.

They placed eyes on a golf cart with the windows covered, so that the driver cannot be seen, they simulated an autonomous car. And they gave him eyes.

The idea is that the eyes are coordinated with the vision of the autonomous carguided by artificial intelligence. in the final model the eyes will look at the area where they detect pedestrians. In this way, if the car does not look at you, the pedestrian intuits that it has not seen him, and will not cross the street.

Putting together these two circumstances, the eyes that attract attention, and the fact that you know if the car has seen you or not, makes pedestrians are more alert, and accidents are reduced. 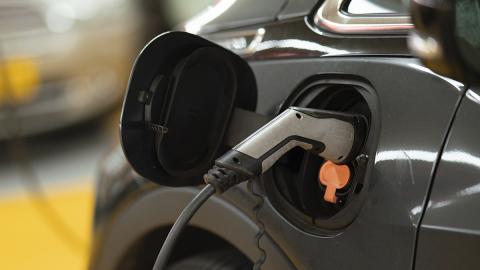 The team tested 9 men and 9 women, both in cars without eyes and with eyes, in situations where they looked once one way and sometimes the other, using virtual reality so as not to put anyone in danger. With the autonomous car with eyes, run overs were reduced by 64%. It is too important a figure to leave it as a simple anecdote.

maybe an autonomous car with eyes It looks a bit ridiculous, but it is something that should not be ruled out, if you really crashes are reduced by 64%. When it comes to saving lives, it’s no joke…