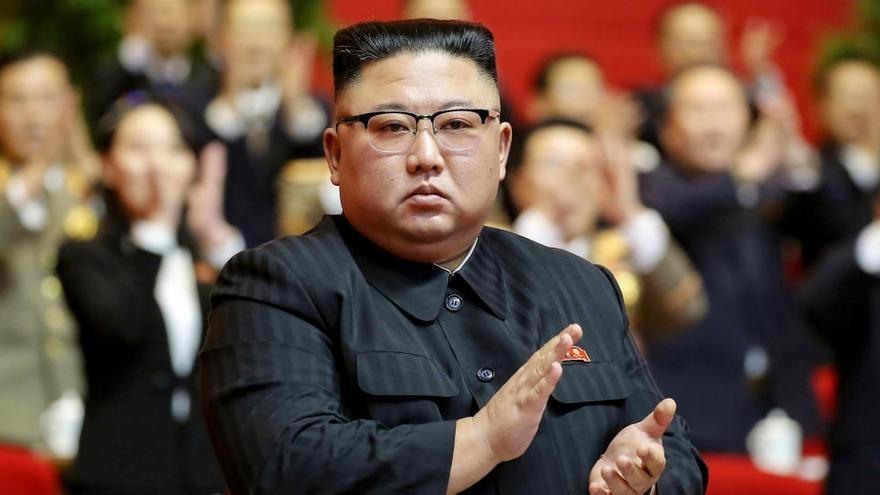 North Korean propaganda reported Monday that the leader Kim Jong-un was appointed General Secretary of the Workers’ Party, a position previously held by his father and grandfather and which contributes to enhance your figure even more at the head of the regime.

The appointment came on the sixth day of the VIII congress of the single North Korean formation that is being held these days in Pyongyang, as reported on Monday by the state agency KCNA.

The designation has above all a strong internal significanceAs the last general secretary up to now had been his father, Kim Jong-il, who obtained the post in 1997 and held it until his death in 2011.

In the wake of his grandfather

But almost more important is drawing the parallels with his grandfather, Kim Il-sung, founder of the regime and the most revered figure in North Korea, who upon his death in 1994 he was appointed “eternal president” of the country.

Kim Jong-un was promoted to first secretary in 2012, shortly after the death of his father, and at the previous party congress in 2016 he became president, a rank that his grandfather also held between 1949 and 1966, when, like now his grandson became ‘chongseogi’ (general secretary).

The decision therefore seems aimed at build a narrative that, again, brings to the memory of North Koreans Kim Il-sungThis is something the regime has tried to do since Kim Jong-un came to power by taking advantage of the enormous physical and character similarities between grandfather and grandson.

At a time when the country seems to be going through worst economic crisis in years It seems sensible to link the figure of the young leader to that of his grandfather – synonymous with the military victories concocted by propaganda and (relative) prosperity – and not so much to that of his father, who is sullen and associated with the terrible famine of the 90’s.

The five most powerful

Changes in the party’s organization chart have also led to the appointment of Jo Yong-won, considered a close collaborator of Kim Jong-un, as one of the five members of the presidium of the political bureau, main decision-making body of the party.

Jo has replaced Pak Pong-ju, thus becoming one of the five most powerful figures of the regime along with the other four members of the presidium: Kim Jong-un himself, Choi Ryong-hae, Ri Pyong-chol and Kim Tok-hun.

Many eyes were on him, since since he began to accompany the leader on his periodic visits back in 2014, he has not stopped gaining prominence, to the point of being appointed in 2019 as an alternate member of the political bureau and deputy director of the Department of Organization and Orientation, a powerful body that supervises the party.

Today Jo is the official who has appeared in public the most times in the last five years with the leader, whom he has accompanied in important weapons tests, on his trip to China in 2018, at a summit with the southern president, Moon Jae-in; or in two others with the still US president, Donald Trump.

The unknown of his sister

For its part, the leader’s sister, Kim Yo-jong, has not been included on the list of alternate members of the party’s political bureau, where she was included for the first time in 2017.

Many experts expected that this year, in which Kim Yo-jong has still won more prominence On many occasions, she became the spokesperson for the regime on foreign policy, and was designated on that list of officials, although many others point out that her absence does not imply a loss of status.

Beyond the internal reorganization of the single party, in the course of the congress Kim Jong-un has urged the incoming government of Joe Biden in the United States to propose new alternatives to resume the stuck dialogue on denuclearization, warning that the North Korean army prepares new weapons tests.

Just today, South Korean President Moon Jae-in, who was a key intermediary in getting Kim to hold three summits with Trump, said that meet North Korean representatives “wherever and whenever” to rekindle ties and the peace and disarmament process.

Meanwhile, the North Korean congress continues this Monday, a day when possibly conclude with a parade as the culmination, as the southern army detected signs on Sunday of what could be a military procession in Pyongyang’s Kim Il-sung Square or a rehearsal of it.