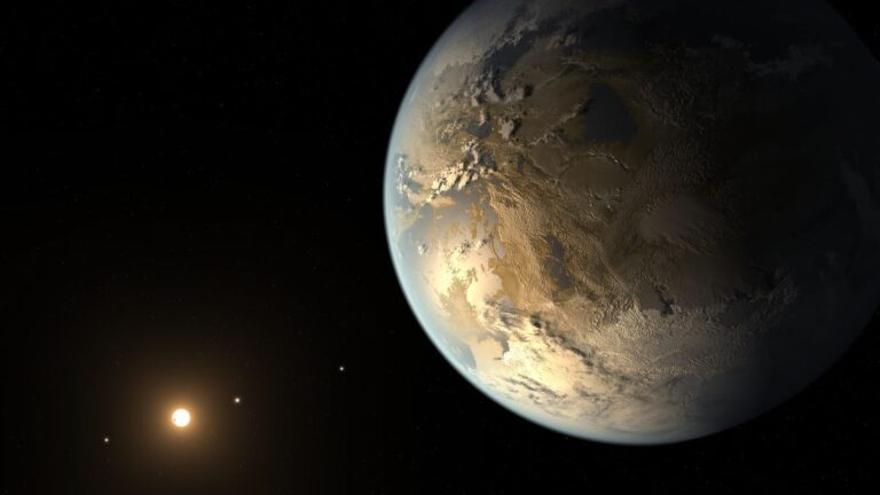 Astronomers have identified almost 5,000 exoplanets orbiting some 3,200 stars that are outside the solar system, but we know that there are many more, although we have technical problems knowing where they are.

These technical problems can be solved by applying the results of new research, developed by astronomers from Australia and the United Kingdom, according to which exoplanets can be directly observed using quantum methods applied to the analysis of telescope images.

Until now, most exoplanets have been observed indirectly, by measuring the drop in intensity of light from orbiting stars that occurs when they pass in front of their respective suns.

They have also been identified by measuring the effect that exoplanets have on the speed of the star they orbit, known as radial speed.

Only 1.2% of known exoplanets have been directly observed through the light they reflect, although due to the presence of a powerful sun in their environment, it is difficult to distinguish it from the light of its star.

Quantum imaging What the new research has shown is that quantum imaging techniques can be used to improve direct detection of exoplanets: simply process images of stars and planets obtained by telescopes as quantum objects.

The quantum image is the one obtained by encoding the information in an image using quantum mechanical systems, instead of classical image processing systems.

In quantum images, classical information processing is replaced by quantum, which is based on the entanglement of photons (sharing separate identities) and in parallelism (simultaneous computational processes).

The new technique, developed by a team consisting of Professor Zixin Huang, from Macquarie University in Australia, and Cosmo Lupo, from the University of Sheffield in the United Kingdom, uses quantum image processing techniques to determine the spacing. of incoherent light sources coming from exoplanets.

They point out that the presence of the exoplanet in that system creates a distinctive signature in the spatial distribution of the photons captured by the telescope, which can be recognized in subsequent analyzes performed with quantum systems.

Valid quantum systems for the direct detection of exoplanets are based on interferometry, which combines light from different emitters (in this case from the star and the star-planet system) to obtain a higher resolution image, which is finally described in geometric terms (orthogonal projection).

Key factors The PhysicsWorld magazine Add In this regard, Huang and Lupo have been able to determine that the probability of error when discriminating between these two states of the captured light depends on three key factors: the separation between a planet and its star; the difference in brightness between the two objects; and the number of photons collected by the telescope.

By taking these factors into account, astronomers can detect even the faintest exoplanets, those closest to their host stars, in a much more consistent way than current systems provide.

Its formula makes it possible to identify exoplanets even if their orbit does not cross the star when viewed from Earth, which is what current indirect detection systems achieve, the researchers emphasize.

A point or two in the sky

A point or two in the sky The general idea behind this result is that quantum techniques use the phase information that is contained in the optical signal captured by telescopes to locate exoplanets hidden from traditional detection systems.

Since this information is not properly exploited by direct imaging methods, quantum techniques could be more efficient, points out al respecto PhysOrg.

“The detection of exoplanets comes down to whether we can distinguish between a point and two points in the sky,” Huang explained to the aforementioned magazine.

Top photo: the exoplanet Kepler-186f, located 492.3 light years from Earth, inhabits a region around the host star where the temperature is suitable for liquid water. It is very similar in size to Earth. Credit: NASA Ames / SETI Institute / JPL-Caltech.