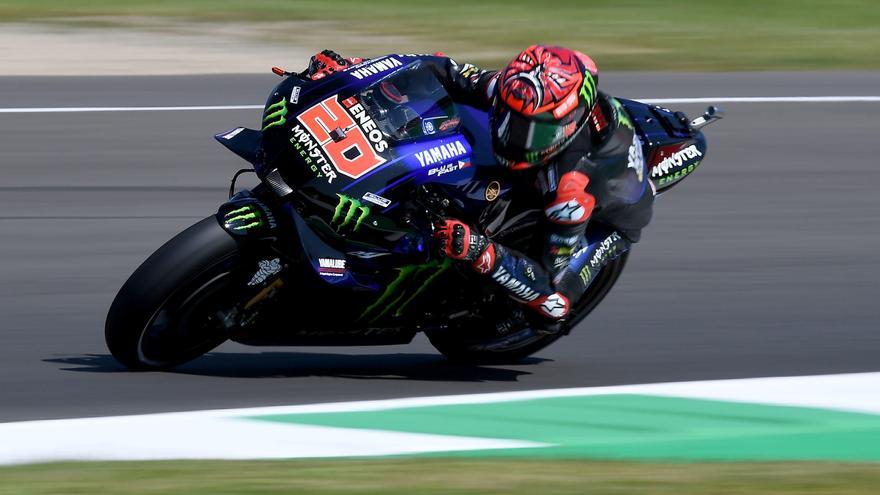 The French Fabio Quartararo (Yamaha YZR M 1) established this Saturday a new record of mugello circuit and added his fourth consecutive pole position by being the fastest in the official classification for the Italian Grand Prix of MotoGP.

Quartararo stopped the clock at 1: 45.187, with which he unseated the previous absolute record, which the Italian had set in the morning. Francesco “Pecco” Bagnaia (Ducati Desmosedici GP21) in 1: 45.456, a record that was also broken by the transalpine although to finish second.

The current King of Qualifying! 👑

With a significant time delay by the very serious accident suffered by the Swiss Jason Dupasquier In the Moto3 classification, the fourth free practice sessions of MotoGP began, dominated by the French Fabio Quartararo (Yamaha YZR M 1), with the Italian Francesco “Pecco” Bagnaia (Ducati Desmosedici GP21), dominator of the last test rounds, in second position to barely a tenth of a second.

Some free ones that are worth to prepare the race to be disputed practically at the same time and in which once again the Yamaha and Ducati were protagonists, with the Japanese Honda Takaaki Nakagami and the Suzuki of the Spanish Alex Kidneys as best supporting actors, also just over a tenth of a second.

Aleix Espargaró (Aprilia RS-GP) was the first leader of the first classification, surpassed by the Italian Enea Bastianini (Ducati Desmosedici GP20), while Marc Márquez he literally hit his Repsol Honda RC 213 V into the slipstream of Maverick Viñales’ Yamaha YZR M 1 to try to get a good time.

Both Viñales and Márquez were bothered at the end of the straight by the Japanese Takaaki Nakagami, who they found themselves in the middle of the track and “annoyed” the lap, so they both decided to go into their workshops to make the first tire change , while the Japanese put first, with 1: 46.195.

Márquez got on his motorcycle again but to wait for the passing of what he wanted to be his benchmark rival, Viñales again, who noticed the action of his rival and left in an area of ​​the circuit and then entered the workshop street, but with all the gall in the world, the Repsol Honda rider followed him.

In the end, both of them returned to the track knowing that they only had one chance, maybe two, to get a good time that would give them a pass to the second classification.

What are you doing, Marc? 🤔

The gesture of Maverick Viñales to Márquez when he has seen him follow him wherever he has gone 👀#ItalianGP 🇮🇹 #MotoGP 🏁 pic.twitter.com/rbRXSlC27W

Marc Márquez’s “trick” took effect in the first lap he took the lead with 1: 45.924, his best time of the weekend, followed by Maverick Viñales, although Aleix Espargaró moved him to third place on his last lap.

The table was set for the discussion about Márquez’s attitude, not very decorous, and Viñales’ anger for being left out of Q2.

In the meantime and before starting the second classification, Marc Márquez opened his leather suit and tried to relax his right shoulder, the one that is suffering the most now, after the humerus injury.

Aleix Espargaró, after the slipstream of “Pecco” Bagnaia was the first leader of the second classification, although behind the Australian Jack Miller surpassed them both, with the world champion, Joan Mir (Suzuki GSX RR), in fourth place, although he did not last long in that position, as in the next lap, Aprilia regained first place.

Quartararo “jumped to the fore” to command the time table just before entering your workshop to change rear tires.

Marc Márquez did not hit the track until just over seven minutes remained and then he did so in the wake of South African Brad Binder (KTM RC 16), who in the morning equaled the maximum speed record of 362.4 km / h. what the french had achieved Johann Zarco (Ducati Desmosedici GP21) at the Losail circuit (Qatar).

And his first attempt at a fast lap was canceled for exceeding the limits of the track when Fabio Quartararo set a new circuit record by riding in 1: 45.187, which no one could take from him.

With Quartararo, “PEcco” Bagnaia and Johann Zarco also finished in the first row, with Aleix Espargaró, Jack Miller and Brad Binder, in the second.