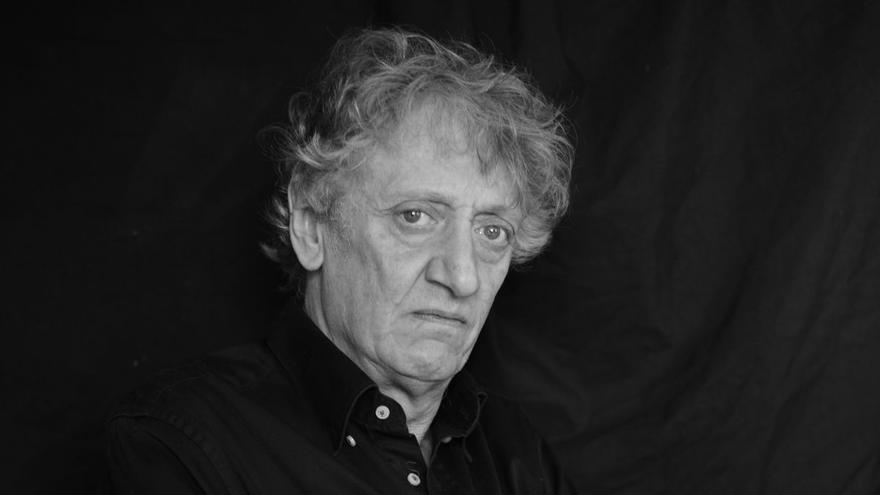 Q In the monologue you are on tour with, The penultimateAre you talking about your life, the current situation or is it a fiction?

A It is not fiction and I am not talking about the current situation. I talk about things in my life, my experiences, women, neighbors, dogs, many things. They are sometimes sad things, sometimes happy, but always in a humorous tone.

Q Your life goes a long way, you have anecdotes for a good time …

R Damn, with 64 you can imagine, with everything I have traveled …

Q You’ve done a lot of theater, film and monologues, but I think people know more about your life than about your work.

A People talk a lot about others and often without knowing them. You will know what they tell you, because for them to tell you you would really have to talk to people who live and relate to me. Then they tell people a story and uff, you understand me.

Q You are a myth to many.

A I am glad that people like me and that they sometimes share my opinions, but not everything I tell or say means that I think that way, many times they are exaggerations.

Q How do you cope with the new normal?

R Fuck man, you say about the coronavirus, right son?

Q Yes. You are very critical of what is happening.

A Well, I think that the government’s management is not adequate and, on the other hand, I do not know where this curse has come from, but it is terrible because it has changed the lives of absolutely all of us, and specifically the people we work with. public. It has hurt us in an impressive way.

Q Are you going to join the protests on September 17 from the world of culture and entertainment?

R Damn, don’t make me get into politics, I don’t like it because then they manipulate me and I don’t feel like it.

Q Ok, what happened to Wikipedia, that they left you for dead from coronavirus?

A Yes, it was a joke in bad taste, it came out on Wikipedia, impressive. With all the bastards out there plus the amount of manipulation there is with the information, just as they do to me that they can do to you tomorrow. The truth is that I would love to know who did it. I have no idea who put that hoax.

Q Could it be some kind of revenge for your opinions?

A Indeed, do not hesitate, but I do not take revenge on people who think differently. I respect that people think otherwise.

Q Can’t you give your opinion freely?

A No, not right now. There is no worse censorship than opinion censorship.

Q What do you think of the culture of cancellation in the USA, if I don’t like what you say, I’ll cancel?

A That too, imagine that because I think one thing tomorrow they throw you out of the newspaper or whatever job it is, as a mechanic. If it does not matter, if it is milk.

Q Have you been canceled in Spain for your opinions?

R But do you work in the police or in a newspaper? Hahaha. I imagine that they may have canceled things for me because perhaps the employer was against my ideas, which I do not know how he will have interpreted them. Yes, it is possible, they have told me that some bowls have been canceled, they have also told me that some bowls have been canceled and it was a lie, because of other problems, but not because of those, I can’t tell you.

Q If you don’t want to talk about your opinions, the current situation or the culture, what do we talk about?

A Is that you want to talk about my personal life, politics and opinions, you want me to somehow commit myself to doing the same as others do and I ask you if you can be more honest I would appreciate it … Well, I have already told you, yes, they have told me that they have canceled me because of my way of thinking or whatever and then other times I have found out that this gig had not been canceled because of that, but because of an infrastructure problem .

Q For capacity and safety regulations?

A For capacity it does not usually happen, fortunately not for me. Well, it has happened to me that I have gone to work in places where they did not even know that I was going, but because the businessman had not bothered to publicize it, he paid the town hall and they did not care, imagine.

Q I was surprised that you came with Miki Dkai.

R Why does it surprise you?

Q Because you make a very different humor.

A Of course, it has nothing to do with it, precisely because of that. I met him and I liked him because he has a style that had nothing to do with mine. I hired him to work in the marquee in Madrid, he would introduce me with his monologue and we started doing things and writing, and here we are working together.

Q Is working in a small theater very different from doing it outdoors on a big stage like this Saturday?

A The sound is usually worse, I am more used to working in the theater, but I have done outdoor shows that have worked, but it is different because the audience reacts in a different way, it is less concentrated, it is another roll.

Q What is bothering you the most right now?

A Many things like everyone else, but what bothers me the most is the manipulation of information and attacking people’s personal lives by telling hoaxes, whatever they are.

Q Do you feel like a victim of the media?

A I am not a victim, the media are there to do good and evil, sometimes they will screw you, sometimes to say what you have said and others to manipulate and write what they want but it is a risk that you have to take, there is no other.

Q But if the media pamper you and love you.

A Well, you don’t know how happy you are because there is nothing better than people saying that you are a nice guy before they tell you that you are a bastard and shit.