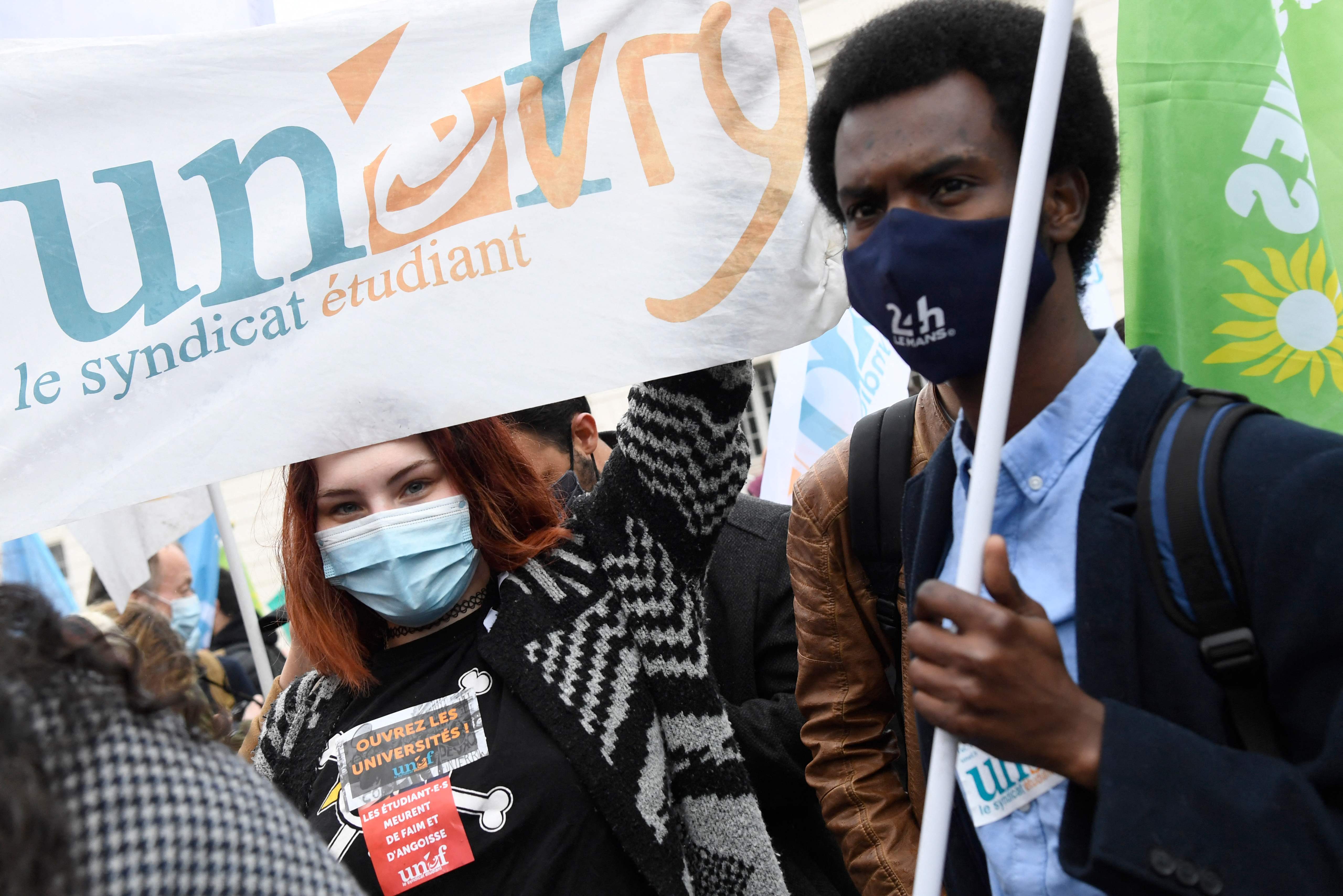 The French left, divided into multiple currents and threatened with irrelevance, has found a new reason to fracture. The trigger is, this time, a practice little known by the majority of citizens: the so-called non-mixed meetings in universities or between activists. In these unusual forums, only people discriminated by race or gender can participate. A part of the left defends them as a space where victims of racism and sexism speak freely. Others see in these meetings an unacceptable violation of the principle of equality inscribed in the DNA of the Republic.

The controversy, limited until a few days ago to university circles, militants or intellectuals, has exploded in the heart of the Socialist Party (PS), hegemonic on the left for decades and today in full struggle for its survival. On Saturday, in an interview with the BFM-TV network, Audrey Pulvar, who is leading the socialist candidacy for the Paris regional elections in May as an independent, found it unacceptable to prevent whites from accessing a minority meeting. But he added: “If a white man or woman comes to this workshop, I would tend to say: ‘let alone throw them out.’ Instead, they can be asked to shut up ”.

In the agora of social networks and in the parliament of television gatherings, nuances are worth little. Pulvar, born in the Antillean territory of Martinique, was accused from the right of racism. Marine Le Pen, leader of the far-right party National Regrouping, asked the Prosecutor’s Office to act “by inciting racial discrimination.” Many socialists were uncomfortable, as the candidate’s words could imply that it was acceptable to separate people by race. One of the few to defend Pulvar on the left was Jean-Luc Mélenchon, leader of the La Francia Insoumise party, accused from some quarters of complacency with Islamism and so-called anti-white racism. The statements are the anecdote that reveals the ideological gulf between the moderate left of the PS and the populist Mélenchon: what former Prime Minister Manuel Valls called years ago “the irreconcilable left.”

The controversy had started two weeks earlier, when, on the Europe 1 radio station, Mélanie Luce, the president of the UNEF, the first student union, defended the non-mixed meetings. “We organize meetings to allow women to express the discrimination they may suffer, and meetings for people affected by racism to express what they suffer,” said Luce, who presents herself as the first “racialized” – not white – president of the UNEF. Luce admitted, at the insistence of the interviewer, that these meetings were not attended by men, in the first case, nor whites, in the second.

The student leader’s statements did not describe a new practice. Jean-Christophe Cambadélis, president of the UNEF between 1980 and 1984 and three decades later, the first secretary of the Socialist Party, recalls: “These meetings already existed in the 1970s and I was already against it and denounced them.” So, she says, they organized for women’s rights or the fight against homophobia. Cambadélis, critical of what he considers a “racialist drift” of the union, adds: “From the moment it can be thought that whites and others are incapable of being sensitive to racism and only people who come from immigration or, in quotation marks, Blacks, they can express themselves, the universal character of the fight against racism is questioned ”.

Luce’s words reflected a visible evolution, for example, in the presence among his leaders of veiled Muslim women. The image shocks some French people, because they see it as an affront to secularism.

The union would be, according to critics, the exponent of a left more concerned with cultivating grievances between communities than defending the idea of ​​a nation of equal citizens before the law. On the contrary, defenders of the UNEF point out that although France does not officially recognize races, racism is widespread in a country whose real diversity is reflected in the union’s positions and in practices such as non-mixed meetings.

“These are meetings reserved for groups that personally suffer racism in their daily lives and in their relationships with institutions,” explains essayist Rokhaya Diallo, one of the most listened to French voices of the new anti-racism. “Regarding sexism, these are meetings open to women, but there are also meetings for LGTBI people who experience forms of exclusion.” “These meetings do not exclude,” he argues, “but they bring people together based on criteria.”

Diallo, daughter of Senegalese, clarifies that she has never participated in meetings of this type, although she defends them. He believes that the controversy is due to the fact that “France has great difficulties in dealing with racial issues.” “It is considered advanced in human rights and equality, but it is a country that knows little about its colonial and slavery history,” he says. “There is a kind of repression of the freedom of speech of non-white people,” he adds. “Those who have been involved in controversy about non-mixed meetings are people like Mélanie Luce, me, Audrey Pulvar. This gives food for thought ”.

Cambadélis warns that the identity issue is a “trap” for the left that will end up benefiting the right. “It must be said,” he says, “that these methods are not acceptable and do not represent what the left thinks. And this is not the center of the debate today, which revolves around the health and social question ”.

She would be the first female president and the first born outside of France. The mayor of Paris, the socialist Anne Hidalgo (San Fernando, Cádiz, 61 years old), has not declared herself a candidate for the 2022 presidential elections, but multiplies the signs that she could launch into the race. The main obstacle is the disunity of the left, divided into at least three groups. The first is embodied by Jean-Luc Mélenchon, leader of La Francia Insoumise and already declared candidate of the left of the left, or populist left: sovereignist, eurosceptic and accused by some rivals of Islamo-leftist, that is, too benevolent, in name of the defense of the oppressed, with Islamism.

The second group is that of environmentalists but divided between a left wing and a more centrist and liberal one. Without an agreement with the environmentalists, with whom he already governs in the French capital, Hidalgo will have a difficult time opting for the second round: the favorites are today, according to the polls, the president, Emmanuel Macron, and the leader of the extreme right, Marine Le Pen, An alliance of Hidalgo with Mélenchon seems highly unlikely.

The third group on the left is what Jean-Christophe Cambadélis, former first secretary of the Socialist Party, calls “the realistic left.” This includes both the diminished PS and small parties and groups that orbit around it. “You have to do everything possible so that you can quickly find a candidate or a candidate from the realistic left,” says Cambadélis. “If Anne Hidalgo were a candidate, I would support her. If not, I would like a primary of the responsible left to find a candidate that would allow going to the presidential elections ”. In this case, he thinks to apply himself.