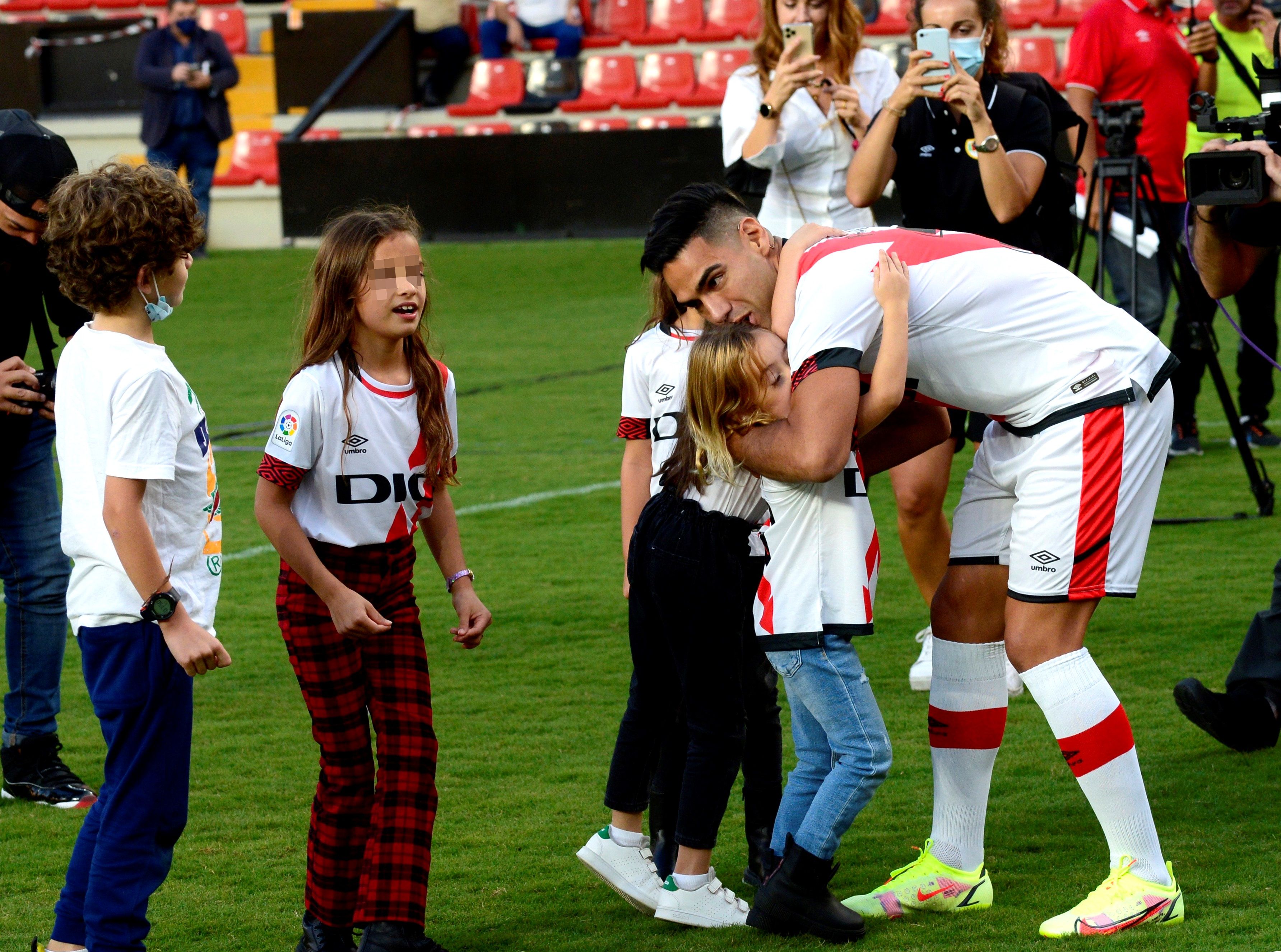 The crystalline diction of the Colombian Radamel Falcao resounded through the strident and musical public address before the Rayo fans huddled at the north end of the Vallecas stadium. “My dream is to be able to give all the rayistas many goals and many joys,” he said. Tiger this Thursday afternoon, in the most media presentation that recalls Rayismo since he enrolled Hugo Sánchez three decades ago. “Falcaaaaoooo, Falcaaaaooo …!”, Cheered the crowd, happy to be able to rediscover the mutual warmth after a year and a half of restrictions.

Emulator of a counterpart who is fond of these popular ceremonies, the club’s president, Raúl Martín Presa, whose relationship with the members has been tense from the beginning, shared the spotlight with the star. Riding the wave of enthusiasm, Presa doubled down before the eager crowd. “We are surely talking about the best area finisher in the world of football in the last 25 years, after Hugo Sánchez,” he declared.

Punished for injuries since being loaned out by Monaco to Manchester in 2014, he never managed to have the regularity of his heyday anymore. When asked about his surprising signing for a club that has just been promoted, he confessed that he signed for two seasons for Rayo for two reasons. First, because after his departure from Galatasaray, who could not face his contract, he considers it the most suitable club he found to prepare for the Qatar World Cup in 2022; and secondly because his family likes to live in Madrid, the city where he became a top scorer in the ranks of Atlético, between 2011 and 2013.

“We are fighting for a position for Qatar with the national team,” he said, “and what better way than to come to this institution. I know the square and for the family it will be very comfortable ”.

Falcao will wear the number three number, a rarity, in the case of the center forward. “Number three is for my father,” he said, “who passed on to me the passion for this sport. He played with this number. What better tribute for him who is no longer with us ”.

“I need to add minutes of play”

Serene and optimistic, the captain of the Colombian national team declared that he was surprised by the “quality” of the squad and pointed out that he dreams of “something more than permanence” in the First Division.

Wrapped in a white shirt crossed with a red diagonal stripe that reminded him of the River Plate jacket, the first to be stuffed as a professional, the man who left Santa Marta at the age of 14 to go to Buenos Aires to train said that his body is ready for action. “I feel good,” he said, “I have been able to focus more on the physical knowing that the paths with Galatasaray were going to separate. Now I need to play, add minutes, and with this it will go well ”.

Falcao comes to a team in the process of landing to the First Division. Rayo has won one game, tied another and lost two so far this tournament. But the Colombian indicated that after training with his new teammates, he has reason to believe that a more exciting than distressing course awaits him. “My reading of these first days is that this team is very talented and very hungry,” he said.