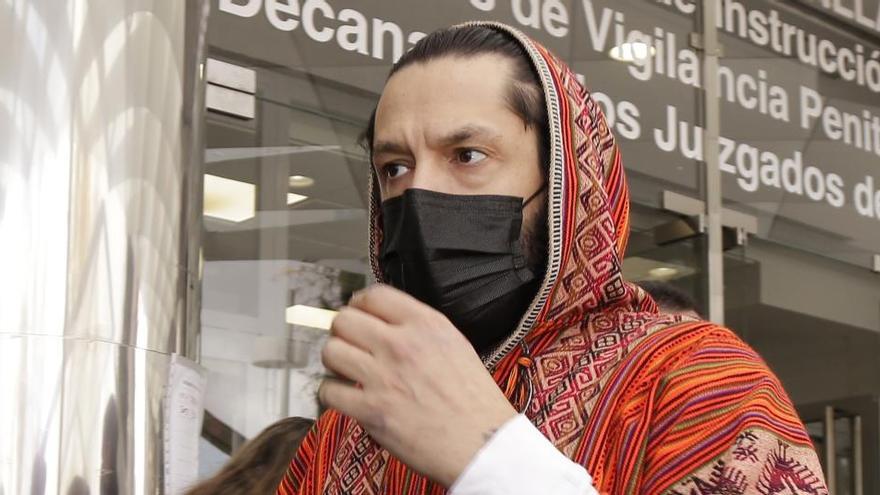 This is stated in the inquiries of the National Police and the Madrid anti-drug prosecutor’s office, which has again requested the entry into prison of the dancer and producer Eduardo de los Santos, accused of drug trafficking and belonging to a criminal group. The Prosecutor’s Office considers that there are “enough” “credited” indications that Amargo and the producer were “permanently” and “by mutual agreement” engaged in distributing drugs. In the centre of Madrid.

Asked about that conversation and others involving Rafael Amargo, his lawyer, Cándido Conde-Pumpido, responds to El Periódico de Catalunya: “The place where these tests have to be evaluated is in the court. There we will see which tests are valid and which are not. The first thing to check is whether these telephone interventions were properly motivated and if there were sufficient evidence to agree on them, because of otherwise they could be void. ” The dancer’s lawyer adds that “We even doubt the validity of the arrest (of Rafael Amargo), my client’s rights were violated, the police did not provide him with immediate legal assistance. ”

One kilo for a producer

According to evidence obtained by the police in Operation Corax, Amargo and his producer could be trying to take another step in their organization. As Expediente Marlasca revealed in La Sexta, the dancer was trying to find someone to sell him a kilo of methamphetamine “for a theater producer.” Assured that he had 13,000 euros for that purchase. In other recordings, the artist is heard looking for a place supposedly to store the drug. His intention, apparently, was to make that warehouse pass through a place where the costumes for his play, Yerma, just released in Madrid, would be kept.

Methamphetamine or crystal is currently sold on the streets at about 120 or 130 euros per gram, more than double the price of cocaine, as explained to El Periódicio de Catalunya sources of the fight against drugs. It is a synthetic drug, made in the laboratory and is usually brought to Spain from central European countries. In the letter of the prosecution that pThe imprisonment for Amargo and its producer is found to cause serious damage to health and has a “high addictive power.”

The investigations began at the end of April, when two people were intercepted by the police after leaving Rafael Amargo’s house. Officers seized a total of 3 grams of methamphetamine and mephedrone. For several months, they watched the steps of the artist and the producer, who talked about drugs without disguising, according to sources in the case. In another of the recordings, Amargo contacts a man who supposedly was going to help him to dispose of the money that he could obtain from the sale of drugs. In full confinement by the covid, the police also observed that a trusted man from Amargo, nicknamed El Cubita, went out to make drug deliveries, for which he sometimes used the services of a well-known driver company. On November 30, the police intercepted another man leaving Amargo’s house: he had 1.4 grams of methamphetamine.

On December 2, the police detained Amargo, his partner, the producer and El Cubita. In the records, different drugs were seized: methamphetamine, ketamine and liquid ecstasy, in addition to almost six thousand euros in cash. In the case of the goal, most of it, 63.4 grams, was at the home of the producer of the play. At the dancer’s house the police found 0.4 grams. Amargo’s lawyer, Cándido Conde-Pumpido, argues that this drug was not for sale. When he was arrested, Amargo carried a precision scale in his backpack. His lawyer defends that it was to take the precise amounts of a product that he was taking to lose weight.