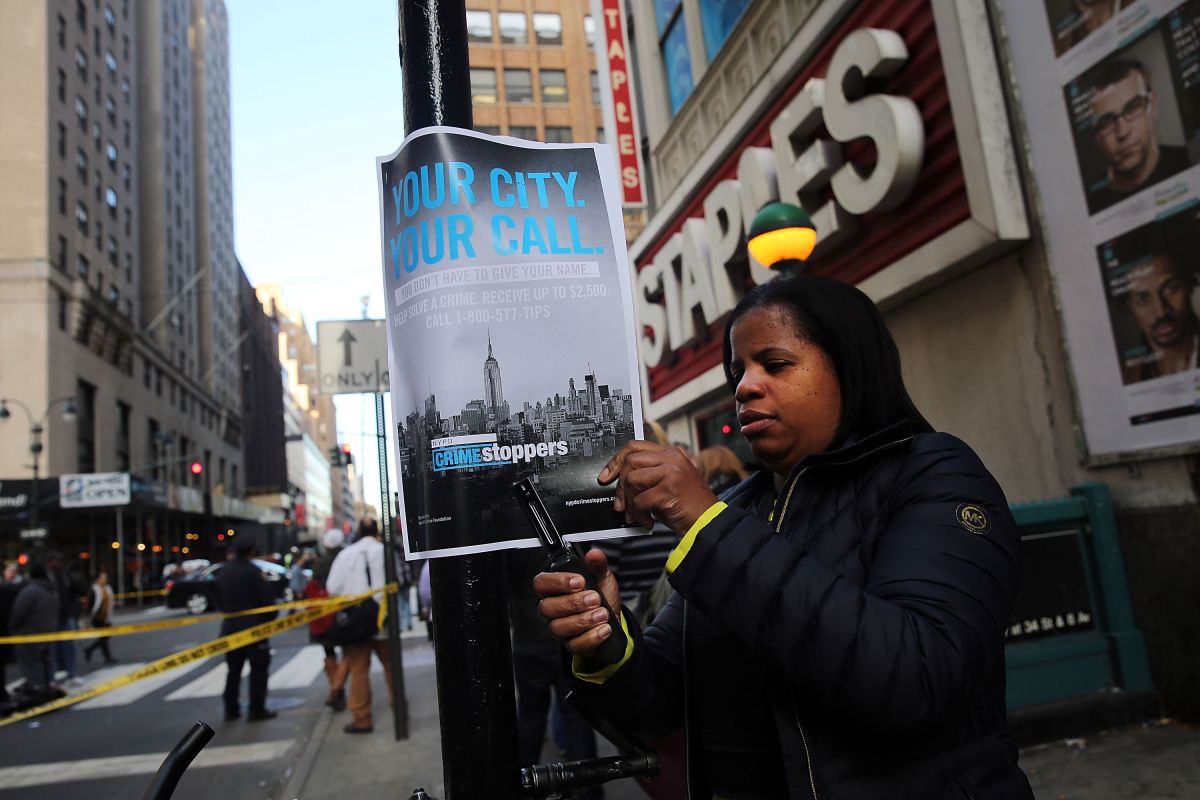 At a time when some crimes are on the rise in the Big Apple, such as shootings, the New York City Police Department (NYPD) announced this Monday about another increase, but a positive one, that of the amount that will be given as a reward to who offers clues to the Uniformed using the system ‘Crime Stoppers’, which will now be $3,500.

“We are proud to announce today the increase in Crime Stoppers bounty from current $ 2,500 to $ 3,500, 2015 being the last time that this reward was increased from $ 2,000 to $ 2,500 “, said the NYPD Department Chief Rodney Harrison, insisting that all information and calls “are absolutely confidential, and not only can call 1-800’577-TIPS, but can also go online at crimestoppers.nypdonline.org or download the application CS-NYC”.

Harrison emphasized that the clues program is essential for the Police, since it has helped investigators solve many cases, with key data provided by citizens, and that they have allowed many criminals to be brought to justice and thus make the city of New York is safer.

This program began in 1983, and since that date more than $ 2.7 million in reward, and at least 3,500 of the tips have made it possible to make the same number of arrests that have ended in a formal accusation of a criminal, according to the NYPD statistics.

“We have paid people who have given anonymous tips that have helped solve 1,600 homicides, showing that the work of people using this program has been phenomenal,” said the police chief.

Harrison indicated that in the past year alone, more than 1,000 leads, which helped make 66 arrests. “After those people were charged, those who gave those leads were paid. Those tips allowed the Crime Stoppers vehicles to be sent to 850 crime scenes, something that we have to continue promoting as a way to encourage people to feel comfortable giving this information ”.

Mayor Bill de Blasio revealed that the number of calls to ‘Crime Stoppers’ has decreased over the years, and therefore encouraged New Yorkers to continue giving leads to the Police. “In 2020, more than 1,000 people called with tips, while this year fewer than 500 calls have been received in the first six months of the year, and we need to increase those numbers.”

De Blasio launched a direct appeal to New Yorkers: “We ask community members to step forward if they witness a crime, or if they have information about a crime. And we know that people need to be encouraged and in some cases encouraged, and that’s why we tell them that when you call you are doing something very important to protect yourself, your family and other New Yorkers. “

The president explained that more than 5,600 crimes have been solved, “thanks to the fact that people call with tips at 800-577-TIPS. This has proven to be a very, very powerful tool, however we have seen in the past year a decline in the number of people who have called, and we have to increase that. You must be sure that when you call you will be respected and rewarded for your effort. ”

How to give tips in ‘Crime Stoppers’: